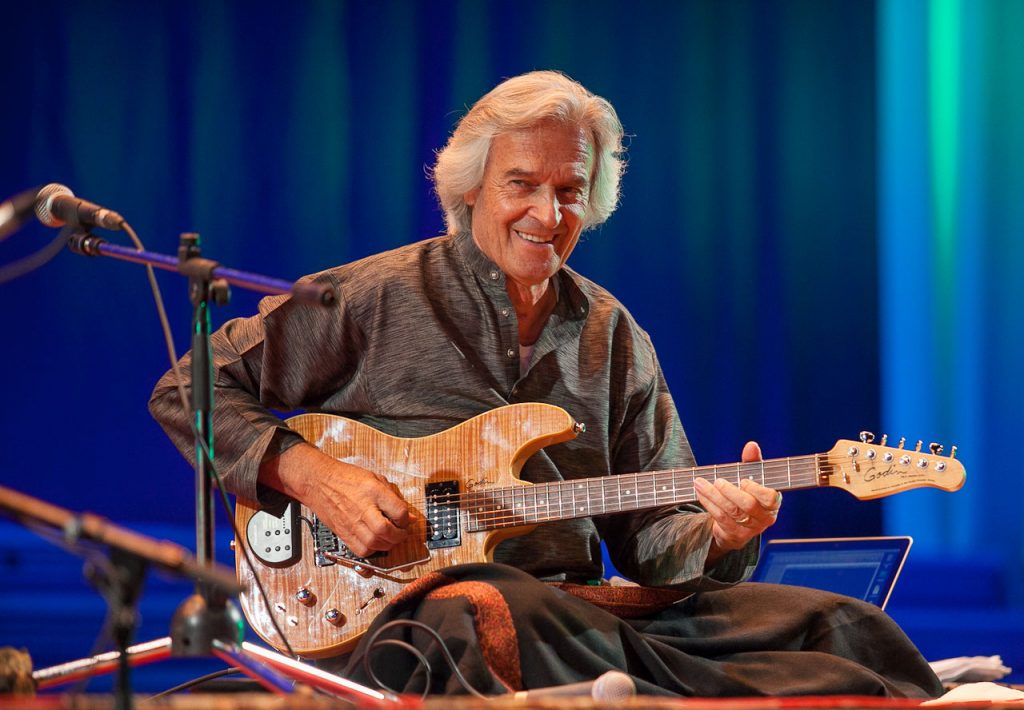 Guitarist, composer, and pioneering John McLaughlin was awarded an honorary doctor of music degree at Berklee’s campus in Valencia, Spain, on July 10. McLaughlin received the honorary award during the commencement ceremony for the graduate programs at the campus, and also performed as a special guest at the commencement concert at the Palau de les Arts Reina Sofia.

“The role of music is today what it has always been in the past,” said the guitarist in his acceptance remarks. “It is the universal language of love, both human and divine. Music is our highest form of collective unity since in any given concert there will be Christians, Hindus, Muslims, Buddhists, and atheists, all under one roof.”

The ceremony also celebrated the Valencia campus’ fifth year, during which time the campus has hosted more than 1,500 students from 71 nations and granted $4 million in scholarships to graduate students. 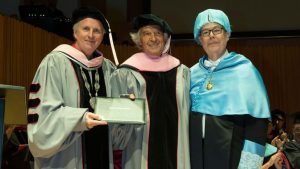