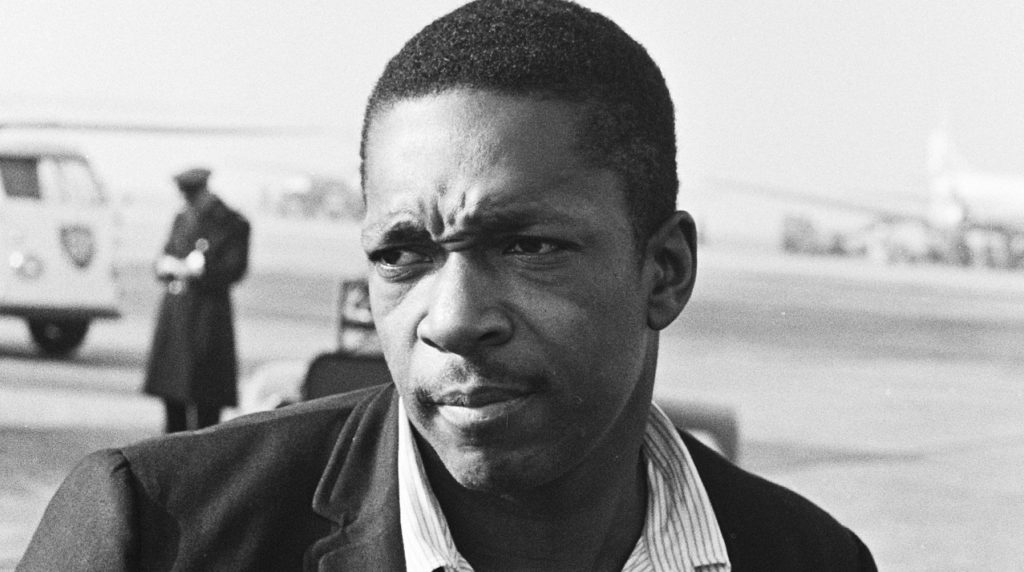 John Coltrane was born on this day (September 23) in Hamlet, North Carolina, in 1926. The tenor saxophone giant, whose effusive “sheets of sound” style revolutionized jazz during the mid-20th century, would have been 93 years old. To celebrate, we bring you back to the song that started it all: “Giant Steps,” a Coltrane composition whose cyclic, swiftly modulating chord progression became a proving ground for jazz improvisers the world over. Often called “The Most Feared Song in Jazz,” “Giant Steps” first appeared on Coltrane’s album of the same name in 1960. Getting the tune just right required two recording sessions spaced two months apart. Today, the song is considered among the most important jazz compositions of the 20th century, and Coltrane’s brilliant soloing throughout it has become the stuff of legend (researchers in Japan even programmed a robot to play it). In 2001, the album was inducted into the Grammy Hall of Fame. Happy Birthday to a true jazz legend.