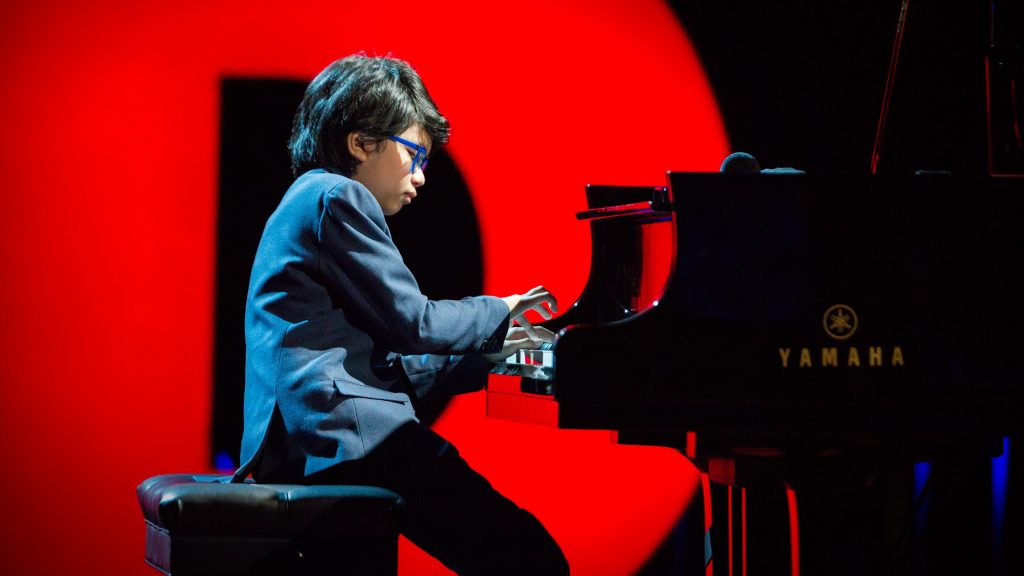 By now, piano wunderkind Joey Alexander is more than just a new face on the scene. He’s a certified jazz star on par with some of the biggest names in the genre. And that’s despite not yet being old enough to drive (he’ll turn 16 in June).

Back in 2017, Alexander and his trio — featuring Reuben Rogers on bass and Eric Harland on drums — entered the studio on what happened to be a full solar eclipse to record an album for Motéma Music. The resulting album, appropriately titled Eclipse, was released in May 2018 and is perhaps the pianist’s finest project yet, an assured mix of originals and covers that demonstrates poise and power beyond his years. Take this version of the John Coltrane classic “Moment’s Notice,” which finds Alexander assuming the leadership role as if he were born to be there. The video for the tune was shot in the streets of New York City and features dancer Jared Grimes interpreting the trio’s graceful moves in real time. Want to catch Joey in person? He’ll be appearing at the DC Jazz Festival on June 16, performing with his trio at the District Pier at 9:00 pm. For more info on the DC Jazz Fest, which runs from June 7-16, visit the festival’s website.