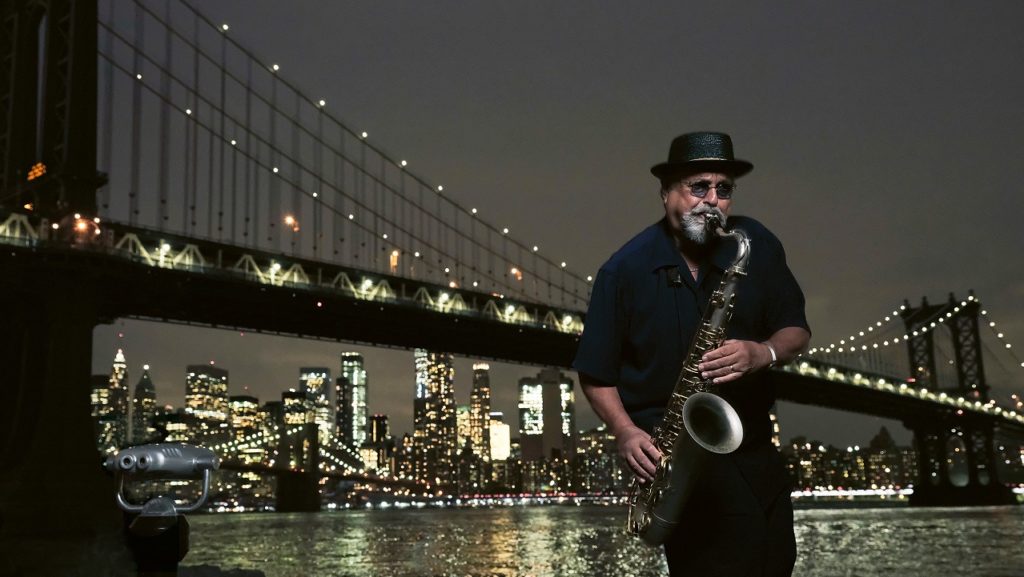 Taken at a glance, saxophonist Joe Lovano’s career is most often associated with the straightahead label Blue Note, under which he recorded numerous groundbreaking albums such as 1994’s Rush Hour and 2009’s Folk Art. But his discography also includes prominent gems on other labels, including Germany’s ECM.

Lovano’s history with this venerable European label stems back to 1981, when he appeared on drummer Paul Motian’s album Psalm (alongside bassist Ed Schuller and guitarist Bill Frisell). The saxophonist would go on to perform on albums by ECM luminaries John Abercrombie, Steve Kuhn and Marc Johnson. But to this point, he has never recorded an ECM album under his own name.

That will change on January 25, 2019, when ECM will release Trio Tapestry, a new album featuring Lovano in the leader role alongside pianist Marilyn Crispell and drummer Carmen Castaldi.

To celebrate Lovano’s first album as an ECM leader, we asked him to recommend five of his favorite ECM recordings to listeners who may be new to the label’s aesthetic. “These are the essential recordings for me,” said Lovano. “They’re the ones I grew up with, the ones that I heard as a student and loved as an adult.”

Always wanted to get into ECM but didn’t know how? Let Joe Lovano show you the way.


Facing You was pianist Keith Jarrett’s first album on ECM, recorded in November 1971 in Oslo, Norway. It’s a stunning collection of solo piano compositions, laying the groundwork for the style that would come to define Jarrett’s career. “This was was a recording that really showed me the way of being free within the music,” says Lovano.

This duo album by two legendary jazz artists was among the most popular albums of the 1970s, charting as high as number 24 on the Billboard Jazz Charts. What’s more, it would set off a long and fruitful collaboration between Burton and Corea that would result in several more fantastic albums together, including the standouts Duet and In Concert, Zürich, October 28, 1979.


The members of the Old and New Dreams — saxophonist Dewey Redman, bassist Charlie Haden, trumpeter Don Cherry and drummer Ed Blackwell — were all former sidemen in bands led by free-jazz pioneer Ornette Coleman. As their own group, this innovative collective recorded two albums on ECM in the late 1970s. Their work reflected the influence of their former leader while carving out an aesthetic all their own. “These were two very different Old and New Dreams albums — both were great,” says Lovano.


Belonging was Keith Jarrett’s first album with his European Quartet, which featured Swedish bassist Palle Danielsson and Norwegians Jan Garbarek on saxophone and Jon Christensen on drums. During the height of the fusion era, this all-acoustic album was a prominent indicator that acoustic jazz was every bit as hip as the electric stuff. “Keith’s European Quartet had a different kind of feeling and vibration within it,” says Lovano.

This album with Jarrett’s American Quartet marked a period of transition for the pianist, one that found him pivoting toward a slightly smoother, more contemporary sound. The album consists of two long-form movements that together form a stirring musical narrative. Says Lovano, “This was one of the best quartets Keith Jarrett ever put together. This period of Keith’s with Charlie, Dewey and Paul was simply amazing.”

For more info on ECM Records, visit the label’s website.


To learn more about Joe Lovano, visit him online.