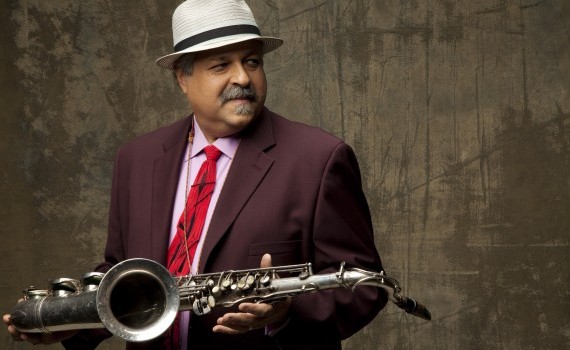 Saxophonist Joe Lovano will be releasing Classic! Live at Newport on Blue Note Records on July 29.

The album documents a performance by the Joe Lovano Quartet recorded on August 14, 2005, at the Newport Jazz Festival. The band featured bassist George Mraz, drummer Lewis Nash and then 87-year-old pianist Hank Jones. “Hank Jones was clearly one of the modern jazz geniuses of all time and he elevated us all with his imagination and inspiration,” recalled Lovano. Jones passed away in 2010 at the age of 91.

Classic! Live at Newport marks Lovano’s 25th addition to his Blue Note catalog. The album was recorded, mixed and mastered by Kurt Lundvall and its cover art features a painting by Lovano’s wife Judi Silvano.

The album will be released on the eve of the 2016 Newport Jazz Festival at which Lovano will be performing with guitarist John Scofield, bassist Ben Street and drummer Bill Stewart.