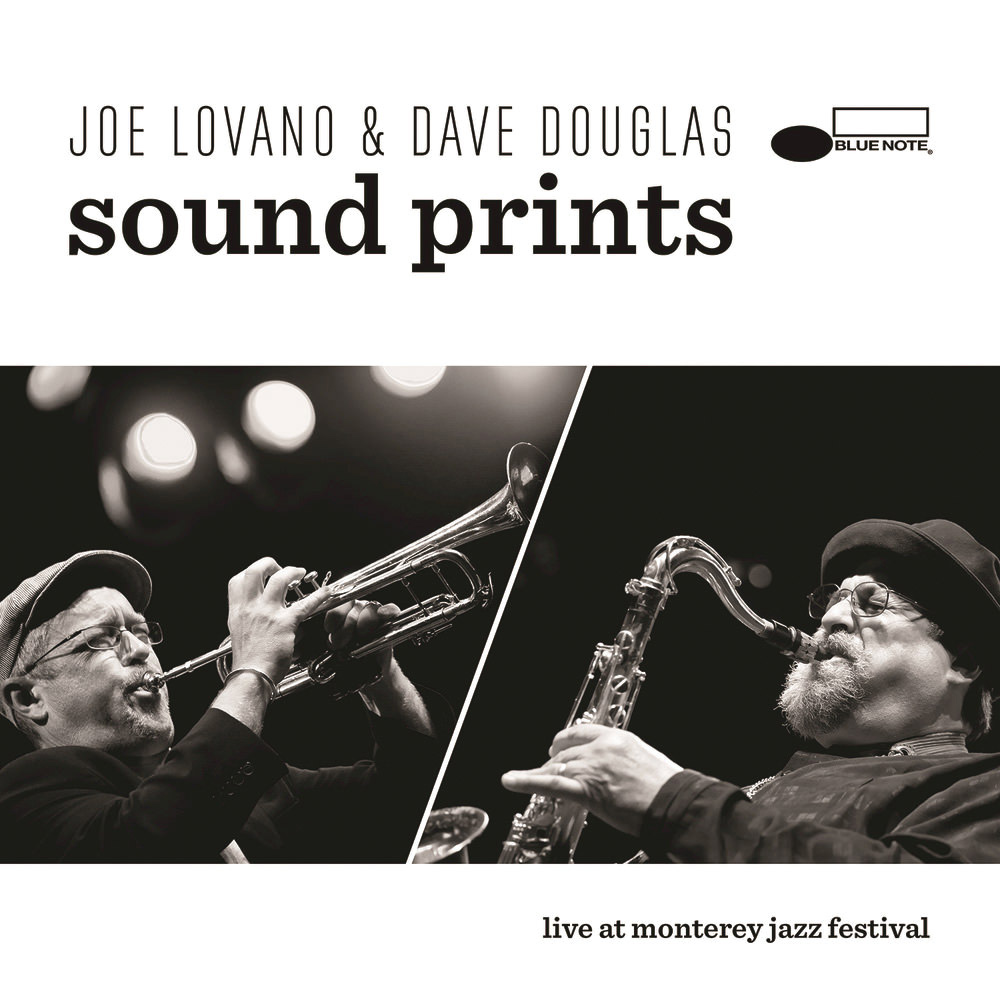 In 2012, Joe Lovano and Dave Douglas’ Sound Prints opened for the mighty Wayne Shorter Quartet at the Ghent Jazz Festival in Belgium. That double bill was the festival’s highlight, with Sound Prints co-leaders Douglas on trumpet and Lovano on tenor sax illuminated by the presence of a legend with a formidable impact upon them and the jazz world in general. They had proved as much when they took part in the SF Jazz Collective’s 2008 Shorter tribute.

By the time they reached the main arena stage at the Monterey Jazz Festival in 2013, Sound Prints  — also featuring the flexible rhythm section of pianist Lawrence Fields, bassist Linda Oh and drummer Joey Baron — had cohered impressively and had fallen more deeply under the Shorter spell, even collaborating with the vastly influential player-composer. Wisely, Blue Note has released that enchanted Monterey set, one that lives up to Shorter’s admiration for the group of players who “immerse themselves in an explorative adventure without hesitation or reservation.”

With its mix of post-hard-bop sensibilities, moments of abandon and orderly, ornate designs, this music sounds simultaneously vintage and contemporary, free and formal. Including two compositions by each leader, the Monterey performance centers around a pair of beguiling, brand-new Shorter pieces which were commissioned by the festival. Lovano’s “Sound Prints” opens the set freely, as the band rumbles abstractly — in a venue not always open to avant-garde notions — and eases into the slipstream, locked into a driving momentum on Douglas’ “Sprints.”

Shorter’s new compositions resemble chamber music. Both “Destination Unknown” and “To Sail Beyond the Sunset” are more tightly organized than the music he’s been presenting with his own quartet. With their contrapuntal parts, sidling harmonies and crosstalk between the frontline horn players, these tracks alone make the album worth the price of admission for Shorter fans. Lovano’s “Weatherman” might nod to Shorter’s legacy as Weather Report’s co-leader, but the melody’s shambling vivacity suggests Ornette Coleman’s thumbprint. It all closes feistily and retro-futuristically with “Power Ranger,” as echoes of ‘60s Blue Note aesthetics — including Shorter’s sides for the label — resound in the skies above Monterey, and now, in listeners’ living rooms or earbuds. — Josef Woodard