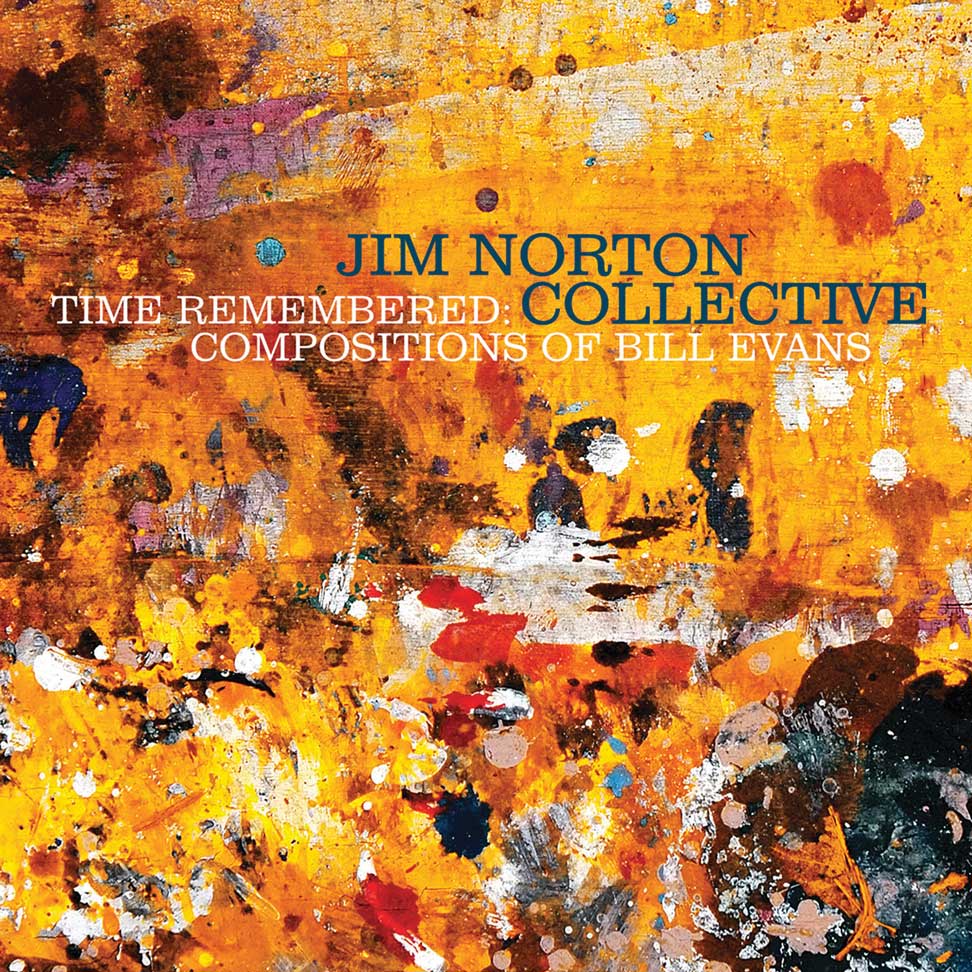 It’s a mystery why Bill Evans’ compositions, beyond the usual suspects, aren’t recorded more frequently. Certainly, his writing was entwined with his style and personality. But, as multi-reed player Jim Norton understands, the Evans songbook goes far deeper than “Waltz for Debby,” offering rich opportunities for interpretation. On this new collection, Norton’s 12-piece band dives beneath the surface of the Evans catalog, and the leader’s elegant arrangements employ myriad colors from the late pianist’s palette.

For Norton, who plays baritone sax, bass flute, clarinet and bassoon, Time Remembered was a long time coming. He and his ensemble of veteran Bay Area collaborators are exceedingly familiar with the material, including “Journey to Recife,” which he features here although Evans didn’t write it. Norton’s liner notes explain that he recently learned the Richard L. Evans composition was improperly credited to Bill in a 1970s fake book, but “as we have been playing it for the past 35 years … we decided to keep it in the program.” And the idiosyncratic move pays off. Thanks to the song’s sinuous sophistication, “Recife” feels like an intrinsic part of the package, not an outlier.

“Fudgesickle Built for Four,” which opens the album, creates the template for what follows. Norton and his 11 compatriots — including trumpeters, a trombonist and multiple flute and sax players anchored by drummer Jason Lewis, bassist John Shifflett and guitarist Scott Sorkin — find so many avenues to explore that they reprise the tune later in the set. Other highlights include a spirited “Five,” an amusingly quirky “Twelve Tone Tune” and the punchy album closer, “34 Skidoo.”

An enjoyable effort in and of itself, Time Remembered also serves to remind performers how many wonderful songs Evans left behind. — Michael Roberts