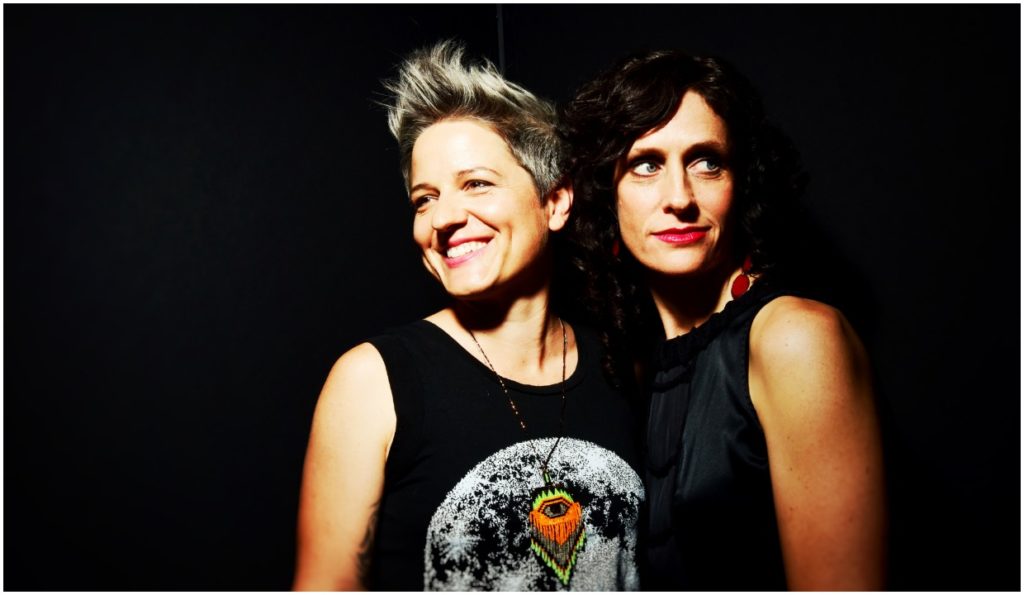 Scheinman describes “Fake Weather” to us via a statement: “Carmen plays over this like a weather system blowing through; mysterious, uncontrolled, ambient, drenching, omnipotent, unaffected by the constraints of time, harmony and politics. Tony is as steady and relentless as time. Allison drops big hip-hop stumbling snare bombs. The whole soundscape of echoes and studio manipulations reverberate through a paranoid, double-speaking American consciousness, and yet somehow the overall effect isn’t entirely dystopian. It’s all still very human. Maybe it’s because right there in the middle of it all is a little wooden fiddle singing the blues.” Parlour Game is out August 2 on Royal Potato Family Records.

New Mark Stryker Book Explores Detroit Jazz History: Award-winning reporter/music critic Mark Stryker released his new book, Jazz from Detroit, on July 8. This is the first book to explore Detroit’s pivotal role in shaping the course of modern and contemporary jazz from the 1940s to the present day. Blending vivid storytelling, exhaustive reporting and insightful criticism, Jazz from Detroit connects the dots between Detroit-bred musicians and eras, and ties the development of Detroit jazz to the city’s complex history.

Jeff Goldblum Announces Second Jazz Album: Actor Jeff Goldblum has confirmed plans to release a follow-up to his debut jazz LP, The Capitol Studios Sessions, which was released last November via Decca. Goldblum made the announcement during his debut performance at this year’s Glastonbury Festival, from the West Holts Stage. He claimed that he has already been working on his new album in the recording studio with his long-time band, The Mildred Snitzer Orchestra, and that the new LP will feature a variety of special guests.

Vince Guaraldi’s It’s the Great Pumpkin, Charlie Brown Available on Vinyl for the First on August 30: Craft Recordings will release Vince Guaraldi’s iconic music for the famed 1966 TV special It’s The Great Pumpkin, Charlie Brown on vinyl for the first time ever on August 30. The announcement comes on the eve of the pianist/composer being honored with the American Eagle Award by the National Music Council. It’s the Great Pumpkin Charlie Brown (Music from the Soundtrack) features some of the most iconic tracks in pop culture, such as “Linus and Lucy” and “Great Pumpkin Waltz,” and was recorded on October 4, 1966. The TV special of the same name debuted October 27, 1966. Craft’s vinyl package includes the iconic pumpkin as an etching on side B, an introduction from the TV special’s executive producer Lee Mendelson and insightful liner notes by Derrick Bang, Peanuts historian and author of Vince Guaraldi at the Piano. 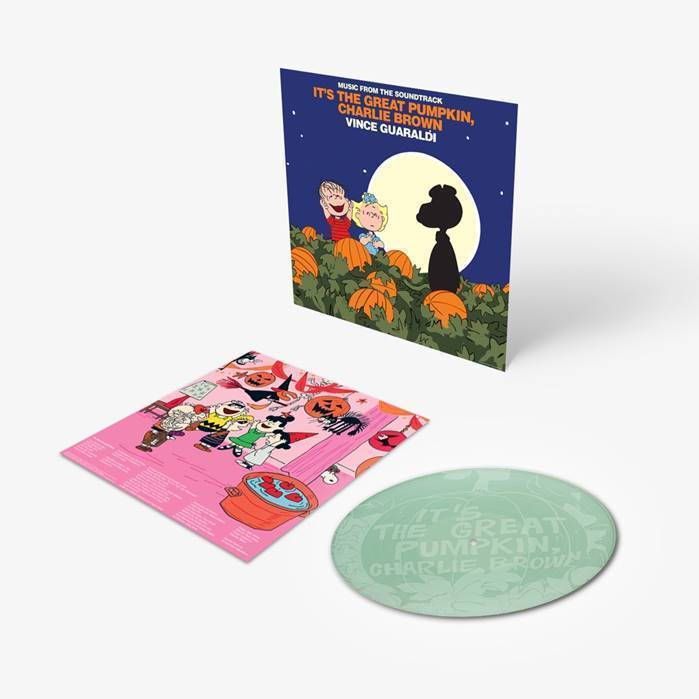 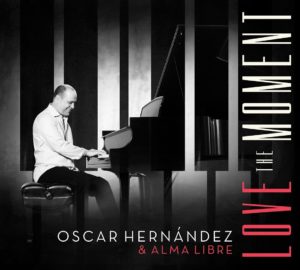 New Oscar Hernández Album and Upcoming Release Shows: Pianist/composer/bandleader Oscar Hernández will release his new album with his consummate group Alma Libre, Love the Moment, on August 16. The new LP marks the Latin music titan’s sophomore release with Origin Records and will feature ten new original compositions. Hernández will celebrate the release of Love the Moment at the Blue Whale on September 15 in Los Angeles, California, and at Dizzy’s Club at Jazz at Lincoln Center on October 13, in New York City, New York.

Dan Pugach and Nicole Zuraitis to Close Brooklyn’s HOT SUMMER NIGHTS! Series on July 27: Brooklyn’s On Stage At Kingsbourgh’s 2019 HOT SUMMER NIGHTS! Free Outdoor Concert Series will close on July 27 with a special outdoor concert by the Dan Pugach Nonet with vocalist Nicole Zuraitis. The joyful ensemble features six horns and a driving rhythm section, and will be performing jazz arrangements and original compositions by both Zuraitis and bandleader/drummer Dan Pugach. The concert is scheduled to start at 8:00 p.m. at Kingsborough’s Lighthouse Bandshell, on the campus of Kingsborough Community College. Admission and parking are free and open to the public. For more information, click HERE.

Rockport Jazz Festival to Take Place on August 4-11: The 8th Annual Rockport Jazz Festival is set to take place on August 4-11 in Rockport, Massachusetts. It is presented by Rockport Music, and will take place at the Shalin Liu Performance Center. Artists scheduled to perform at this year’s edition include the John Scofield Trio (August 4), vocalist Kat Edmonson (August 8) and the trio of drummer Jack DeJohnette, bassist Matthew Garrison and saxophonist Ravi Coltrane (August 11), among others. For a list of all upcoming Rockport Music concerts and events, click HERE. 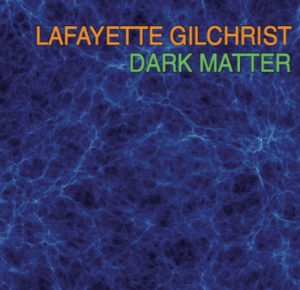 Dark Matter is Baltimore-based pianist Lafayette Gilchrist’s second solo recording, and it finds him musing on the elusive and mysterious matter that ties the universe together. The concept, he explains via a press release, “came to mind because the tunes on the album are so different one from the other that I felt the title suggested a binding of a kind – a desire for the listener to hear it all as one sound.” In fact, the new LP draws on the span of jazz history from stride to free improvisation, along with inspiration from hip-hop, funk and Washington D.C.’s unique go-go sound. Dark Matter was recorded live in front of a rapt, intimate crowd at the University of Baltimore’s Wright Theater by acclaimed hip-hop producer Wendel Patrick. 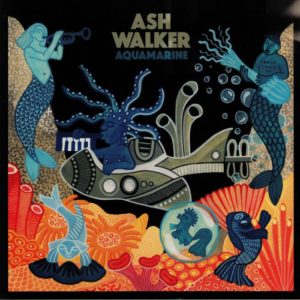 London-based DJ/multi-instrumentalist Ash Walker offers an antidote to today’s overly fast-paced, chaotic world with his third album, Aquamarine. The LP, out via Night Time Stories, is informed by Walker’s passion for jazz, blues, soul, funk, reggae and all things in-between. It was recorded at his home, where he benefited from freedom of space and time, and could build his audial spaceship out of various analog and digital sounds. “My previous albums have felt to me more like ventures on land,” Walker explains via a press release. “This one feels more like a deep-sea voyage into subconsciousness.” 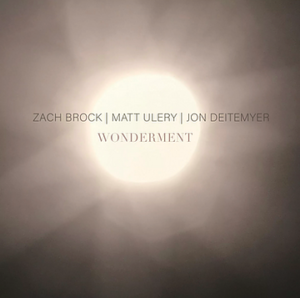 Violinist Zach Brock, bassist Matt Ulery and drummer Jon Deitemyer first played together in Chicago in 2005. Despite their almost 15-year musical relationship, they had only ever recorded one track as a trio – on Ulery’s 2014 LP In the Ivory – until now. Wonderment marks the debut full-length album of Brock, Ulery and Deitemyer as a trio. A collection of twelve original compositions covering a wide array of compositional and improvisatory ground, as well as a wide range of emotions, but always favoring sincerity, Wonderment stands as a coming together of separate journeys into one strong, long-awaited personal statement.