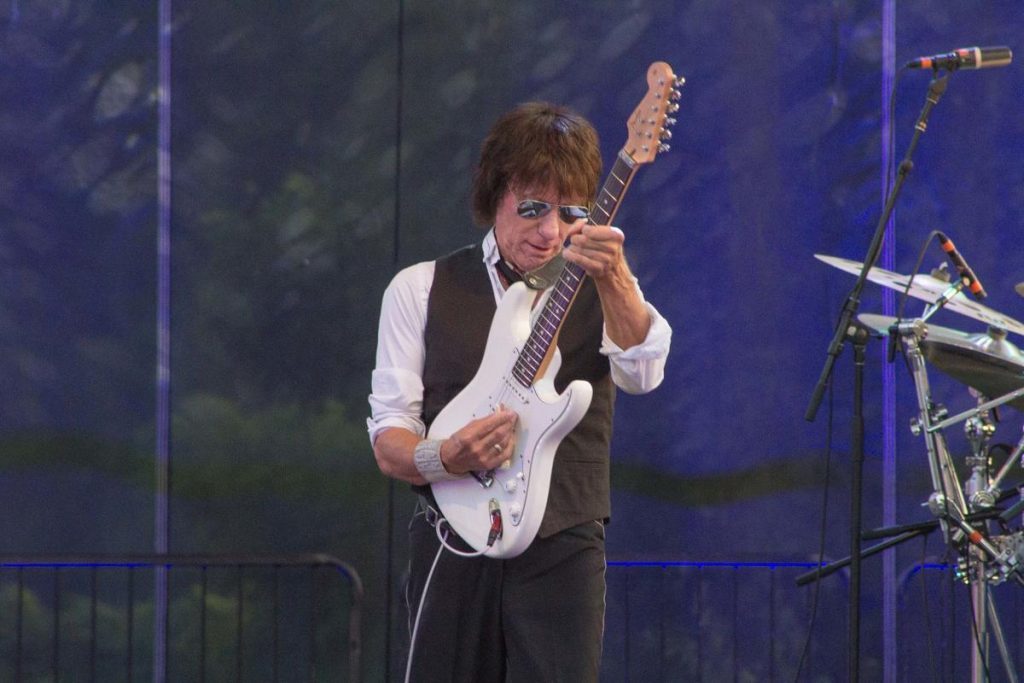 Guitarist Jeff Beck was born on this day (June 24) in Wallington, England, in 1944. He turns 75 years old today. Beck’s musical upbringing included stints in jazz, blues and R&B, but he would ultimately go on to forge his own sound: a complex, highly technical style of jazz fusion that would act as a forebearer to prog-rock and speed metal. We celebrate his birthday with “Cause We’ve Ended As Lovers,” a track from his seminal 1975 album Blow By Blow. The tune was originally composed by keyboardist Stevie Wonder, appearing on his 1974 album Stevie Wonder Presents: Syreeta. Beck’s repurposing darkens the hue and hardens the edges; his searing guitar sound, cutting through like a laser, is unmistakable.