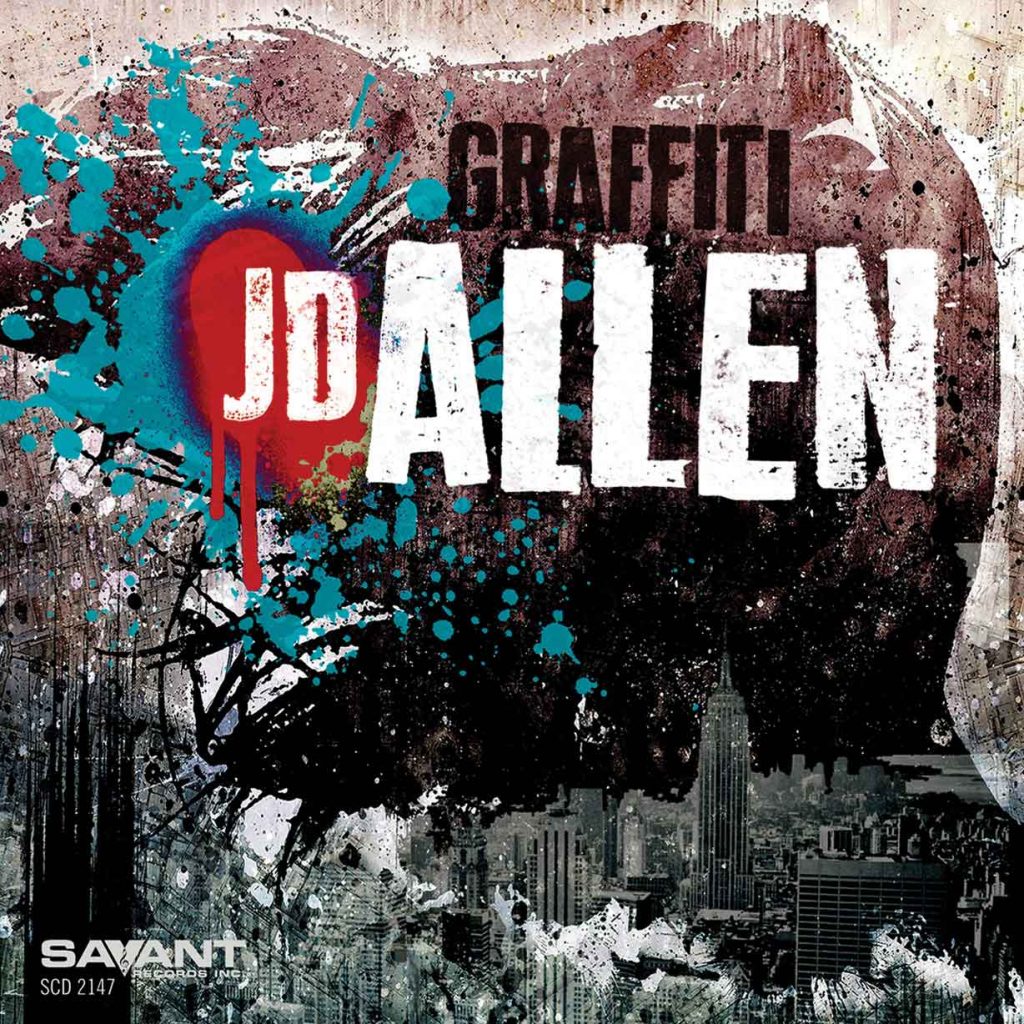 Tenor saxophonist JD Allen is a master of concision. While his longstanding trio can produce plenty of firepower, they never lapse into self-indulgence. Each track on their excellent new recording, Graffiti, makes its mark then moves along without overstaying its welcome.

The loose-limbed feel throughout these nine tracks reflects the familiarity among Allen and his bandmates, bassist Gregg August and drummer Rudy Royston. Although Allen is the frontman, it’s the teamwork that makes these pieces shine. The freewheeling “Naked” captures Allen and Royston sparring in a fiery duet. On “Third Eye,” Royston’s hyperactive work on the snare and tom coupled with August’s meandering bass lines provide an edgy contrast beneath Allen’s contemplative phrases. Royston and August evoke the sounds of a locomotive on “Jawn Henry,” a clever riff on the African-American folk song. Tempos shift unexpectedly but seamlessly on the bluesy title track. In this trio’s hands, even a straightforward swinger like “Little Mack” carries a sense of urgency.

Listeners have noted that Allen’s tone bears a resemblance to Coltrane’s. Without a doubt, his held notes on pieces such as “Third Eye” and “Indigo (Blue Like)” convey Coltrane’s sense of spirituality. But Allen is no mere disciple; he’s forged his own distinct methods. On “G-dpseed, B. Morris,” the saxophonist initially attacks his phrases, then allows the notes to mellow out toward the end. The blues plays an important role here, too. “Sonny Boy” finds Allen in John Lee Hooker mode, issuing the singer’s signature incantatory phrases.

Given the level of comfort among Allen and his mates, their fresh approach is surprisingly impressive. And they waste no energy. The result is a lean, commanding performance that leaves you wanting more. —John Frederick Moore