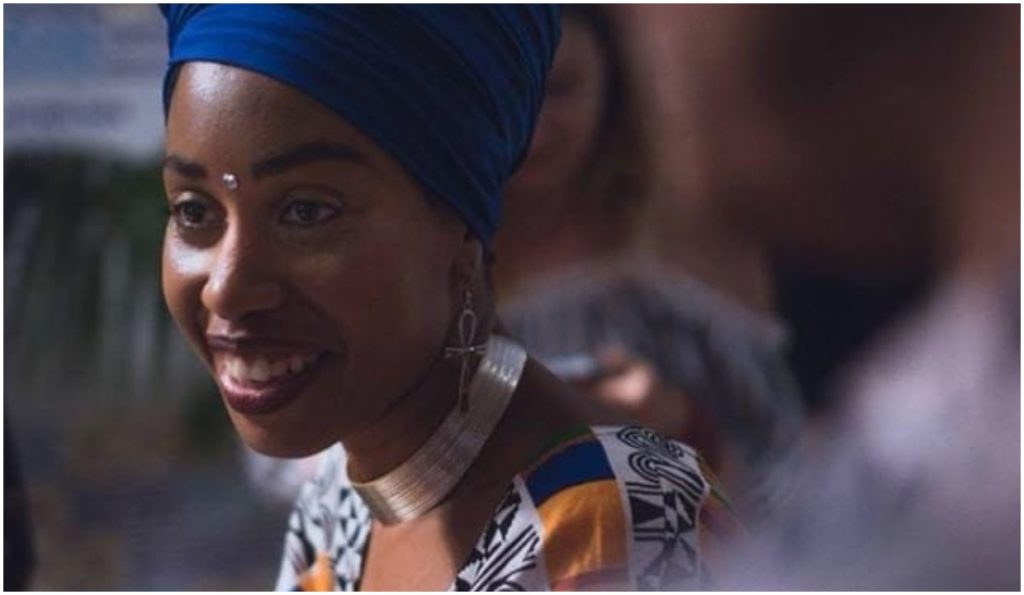 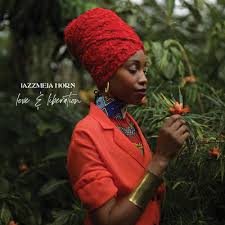 Jazzmeia Horn Announces New Album: Jazzmeia Horn has announced the release of her follow-up album to her celebrated 2017 debut, A Social Call. Love and Liberation is scheduled for release on August 23 via Concord Jazz. It marks a formidable leap for Horn as a singer, bandleader and songwriter, and is the result of an almost non-stop touring schedule that followed the release of her debut album, which benefited her vocal chops as well as her band sound. “Love and Liberation is a concept and mantra that I use consistently in my everyday life,” she says via a press release. “For me, the two go hand in hand and they both describe where I am in my life and career right now. An act of love is an act of liberation, and choosing to liberate – oneself or another – is an act of love.”

Previously Unreleased Stan Getz Album Out Now: Verve released Getz at the Gate, a new live album documenting a concert performance by saxophonist Stan Getz from November 26, 1961, at New York’s Village Gate. The concert features the legendary saxophonist/composer playing with his then-relatively new quartet of Steve Kuhn, John Neves and Roy Haynes. The show was professionally recorded but was soon forgotten, and the tape languished in the vaults for almost six decades. Aside from including several pieces Getz recorded in the ’50s, Getz at the Gate also features his only known recording of “It’s All Right With Me” and “Yesterday’s Gardenias.” Listen to the former track via the player below.

Roxy Cross Announces New Video Album: Award-winning saxophonist/composer Roxy Cross has announced the release of her fifth album, Quintet, due out August 23 on Outside In Music. This is a video album of previously Cross-penned tunes, rearranged and reimagined, performed live with a band including pianist Miki Yamanaka, guitarist Alex Wintz, bassist Rick Rosato and drummer Jimmy Macbride. The group will celebrate this release at Smalls Jazz Club NYC on September 6-7.

Kelly Moran Shares New Music Video: Multi-instrumentalist/composer Kelly Moran has shared the stunning, psychedelic video for “Love Birds, Night Birds, Devil-Birds,” directed by her close friends, new media artist Cassie McQuater. The artists have worked together on a few projects over the past six months, including the visuals for Moran’s recent live performances and the cover for her latest EP Origins, released by Warp Records last month. On this new collaboration, they seem to speak the same beautiful, haunting and surrealist language, and McQuater explains that the video is “part of an on-going series exploring the mythological idea of women’s bodies as dangerous and poisonous gardens.”

New Teddy Pendergrass Documentary Out Soon: Teddy Pendergrass – If You Don’t Know Me, a new feature-length documentary detailing the life of R&B star Teddi Pendergrass and his extraordinary triumph over adversity, is coming to Blu-ray, DVD and VOD on August 23. The film was conceived, researched and directed by BAFTA-winning filmmaker Olivia Lichtenstein, who says via a press release: “This is an extraordinary, human story that feels almost Shakespearian – it’s much more than just a music biopic, it’s an intimate portrait both of Teddy and of the extraordinary times in which he lived. We really get to know him because we hear from so many people who were close to him. It almost feels as if he comes back to life to let the world hear him sing again.” Watch the trailer via the player below.

New Allman Brothers Band 50th Anniversary Release: As part of the ongoing celebration of their 50th anniversary, on September 6, the Allman Brothers Band Recording Company will release a 4xCD set titled Fillmore West ’71, captured just two months before the recording of the seminal album At Fillmore East. The set was culled from an epic weekend of music recorded at the legendary San Francisco venue, where they performed as the middle act between headliners Hot Tuna and the 24-piece opened Trinidad Tripoli Street Band. This will be the debut release of these recordings, compiled from reel-to-reel masters. 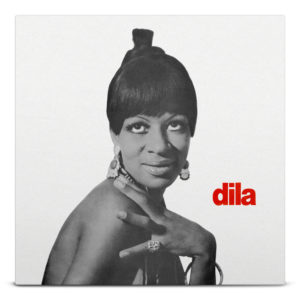 Far Out to Reissue Forgotten Samba Legend’s Only Classic LP: Far Out Recordings will release the first and only album from mysterious Brazilian samba vocalist Dila on July 26. Her self-titled LP was originally released in 1971, and she reportedly died in a car crash shortly after it came out. Arranged and produced by Durval Ferreira along with his studio band affectionately known as Os Grillos (The Crickets), Dila is a rare glimpse into the authentic soulful samba sound of Rio’s favelas in the late ’60s and early ’70s.

Empirical Announce First North American Tour: London-based jazz collective Empirical will be bringing their high energy performances to the United States and Canada on their first North American Tour. Formed in 2007, Empirical have quickly established themselves as one of the UK’s most explorative and challenging groups in modern jazz, with a distinct style influenced from a variety of styles and built on improvisation, collaboration and shared musical vision. Their North American tour will kick off at the Rochester Jazz Festival in Rochester, New York, on June 22 and is currently scheduled to end at the Edmonton Jazz Festival in Edmonton, Alberta, on June 28.

Brooklyn’s On Stage At Kingsborough Announces Free Concert Series Lineup: Brooklyn’s On Stage at Kingsborough has announced the 2019 HOT SUMMER NIGHTS! Free Outdoor Concert series, that will feature a wide range of outstanding jazz and swing musicians with unforgettable al fresco concerts under the stars. The concerts will take place every Saturday at 8 p.m. beginning July 6 and ending July 27 at the campus of Brooklyn’s Kingsborough Community College. The artists scheduled to perform are: The George Gee Swing Orchestra with special guest vocalist John Dokes and a lindy-hopping dance duo (July 6); Fantine & The French Horn Collective (July 13); Davina and the Vagabonds (July 20); and Nicole Zuratis & The Dan Pugach Nonet.

Matthew Morrison to Perform at Rockport Music Summer Gala: Broadway and TV star Matthew Morrison, who became a megastar as Mr. Schuester on the famed TV show Glee, will take center stage at Rockport Music’s Summer Gala on August 3. Morrison will be performing Broadway favorites and Great American Songbook tunes at the Shalin Liu Performance Center in Rockport, Massachusetts. Rockport High School students will be joining him in singing several Broadway medleys. An evening of cocktails and dinner will follow the performance at the beautiful Millbrook Meadow. 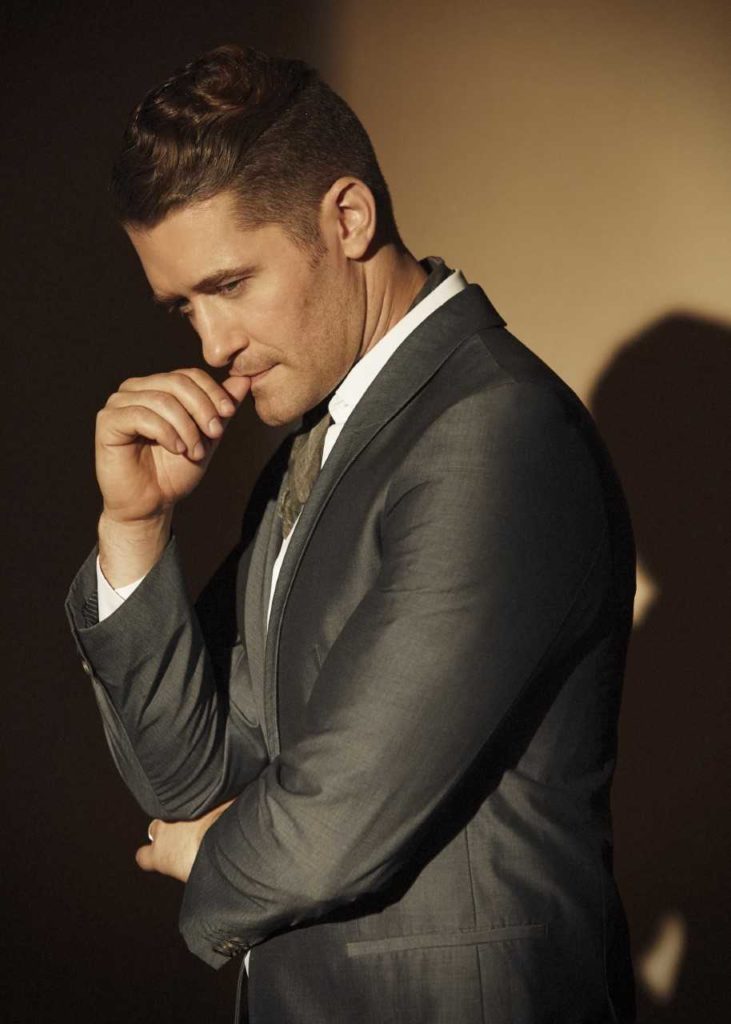 The Broad Presents the First Black Fire Session of the Summer July 17: L.A.’s The Broad will present the first of two Black Fire Sessions with a performance by Roscoe Mitchell and Brett Carson on July 17, to celebrate the contemporary art museum’s Soul of a Nation: Art in the Age of Black Power 1963-1983 exhibition. They will be joined throughout their performance by other musicians who experiment with the language of jazz, and Mecca Vazie Andrews, who will animate the galleries of Soul of a Nation through three distinct movement and dance pieces. 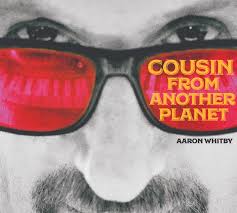 Multi-faceted pianist/composer Aaron Whitby’s debut album, Cousin from Another Planet, is out today on Ropeadope and is partly inspired by his experience as a Londoner living and working in New York City. The album features Whitby on keys, Keith Loftis on saxophone, Charles Burnham on violin, Rodney Holmes on drums, Fred Cash and Jerome Harris on bass, Gary Fritz on percussion, and Lisa Fischer and Martha Redbone on vocals. Also featured is spoken word by Rome Neal and Tamar-Kali. Whitby and his ensemble will be performing at Nubly in New York City this Sunday, June 23, in celebration of their new release. We premiered the album’s title track earlier this week on New Music Monday. 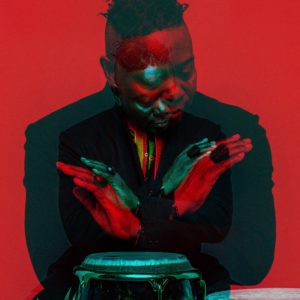 The genre-defying spirit of Earth, Wind and Fire lives on in the long-anticipated new solo album of its co-founder and unmistakable falsetto voice – Philip Bailey. Love Will Find a Way is the title of his star-studded LP, set for release on Verve/UMe. Presenting an exciting blend of tradition and modernity, and traversing different styles and genre, Love Will Find a Way also includes appearances from some of the biggest names of jazz, R&B, pop and more, including Christian McBride, Chick Corea, Steve Gadd, Kamasi Washington, will.i.am, Robert Glasper, Christian Scott aTunde Adjuah, Lionel Loueke and many more. 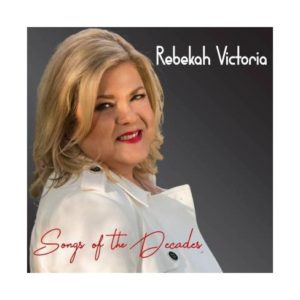 Jazz vocalist Rebekah Victoria’s new album, Songs of the Decades, is an investigation of the music from each decade of the 20th century but far from it being a nostalgic affair, Victoria explains via a press release that she wanted to “make these songs different – I wanted them to sound very new and fresh.” Here, she is backed by a group of two-dozen musicians, including Grammy-nominated trombonist Wayne Wallace. Wallace acted as her partner for Songs of the Decades, co-producing it and writing all its arrangements, often incorporating elements of Latin jazz.