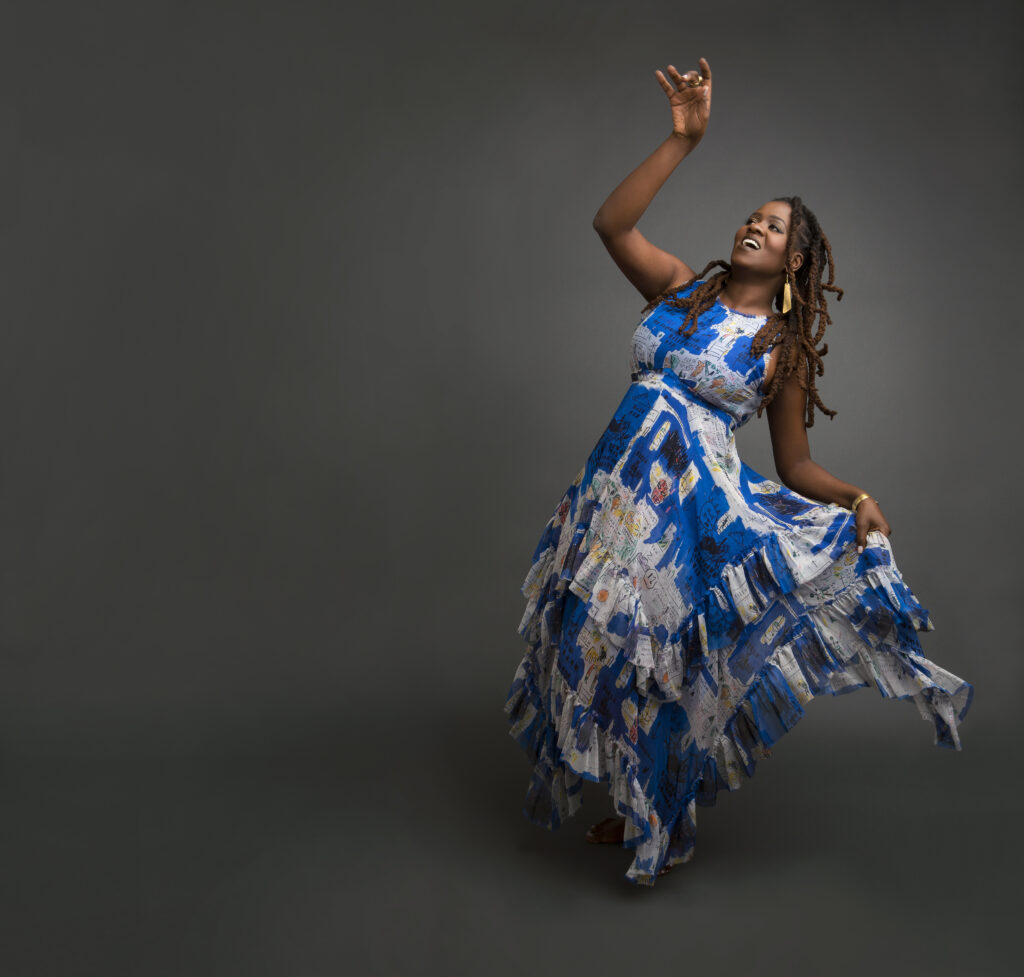 This winter was supposed to be different for jazz vocalist Somi. The singer, who was born in Illinois to parents from Uganda and Rwanda, was set to open an original musical about the legendary South African singer and activist Miriam Makeba. However, due to COVID-19 pandemic, the world premiere production was shut down six days before opening night at The St. Louis Repertory Theater. 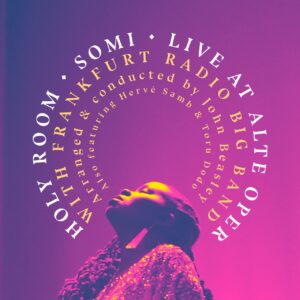 Rather than dwell on the setback, Somi decided to use this pause from the hectic life of a jazz musician to revisit material from her past — more specifically, a recording from May 2019 that marked her first collaboration with a big band. The recording featured the Frankfurt Radio Big Band (managed by Olaf Stötzler) and was conducted by noted arranger John Beasley. Now that album, titled Holy Room: Live at the Alte Oper with Frankfurt Radio Big Band, was released July 24. On it, she reinvestigates her repertoire from her two previous acclaimed Sony Masterworks/Okeh Records albums – The Lagos Music Salon (2014) and Petite Afrique (2017).

“Since the pandemic,” Somi says, “I’ve been thinking a lot about the intersection of live storytelling, public assembly, and the choice we all have to be an active witness. What does it mean for an African woman to stand on a European stage and shout the stories in her heart? What does it mean for a cultural institution to hold space for those stories to be heard and celebrated?”

Regarding the significance of the album’s live setting, Somi says,”The mere sound of live congregation for the sake of storytelling comforted me in a deeply visceral way. Not only because it transported me to the stages and repertoire I long to return to, but more as a meditation on what cultural space actually does for artists and audiences – and for the marginalized Black, African, female, and immigrant communities that I represent. The stage and the people immediately become active witnesses of my humanity simply by holding space. To choose to be a witness of another person’s truth is to choose something I believe to be holy.”

A portion of the proceeds from this album will benefit Black Art Futures Fund, a collective of emerging philanthropists promoting the elevation and preservation of Black arts & culture. Through grantmaking, board-matching, and organization-to-donor cultivation, the fund seeks to amplify and strengthen the future of Black art.