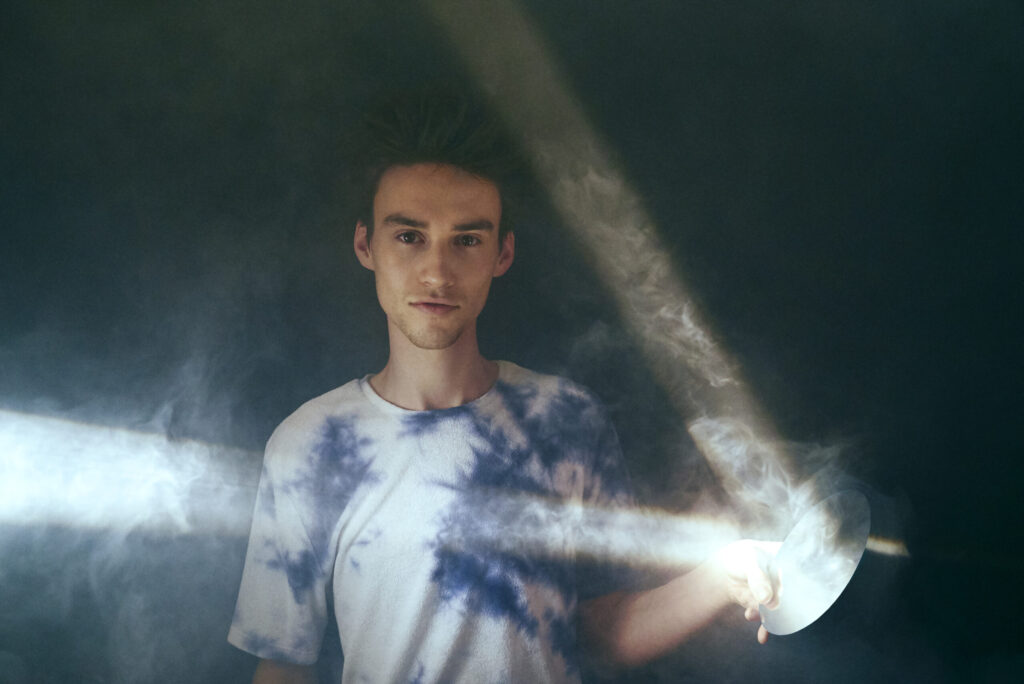 Here were are in July, more than halfway through 2020. For a lot of us, that means the majority of the year has been spent working from home. The transition from the corner office to the kitchen table hasn’t been easy. But for multi-instrumentalist Jacob Collier, it’s a return to form. After all, this is an artist who made his name producing a genre-defying debut album from his bedroom.

Recently, Collier showed off some of what he’s been working on with a mind-bending video performance for NPR’s Tiny Desk Concert series, in which, through a trick of camera magic, he appears as every member of a four-piece band. And last week, he officially announced the release of  Djesse Vol. 3, the third installment of his GRAMMY-winning four-album series. It will be available August 14 on Hajanga/Decca/Interscope. Says the press release, “Vol. 3 is the most unconfined and collaborative display of Collier’s songwriting, performing and producing to date, bringing Daniel Caesar, Jessie Reyez, Kiana Ledé, Kimbra, Mahalia, Rapsody, T-Pain, Tank and The Bangas, Tori Kelly, and Ty Dolla $ign on a trip into what he describes as negative acoustic space.”

The single “He Won’t Hold You,” featuring North Carolina-born rapper Rapsody, is part of our JAZZIZ Discover Playlist for the week of July 20, along with tracks by Jamie Cullum, Bill Frisell and Jimmy Heath.

Don’t Give Up On Me
Jamie Cullum

The Legacy of Lyle Mays Is on Display in Eberhard, His Final Recording