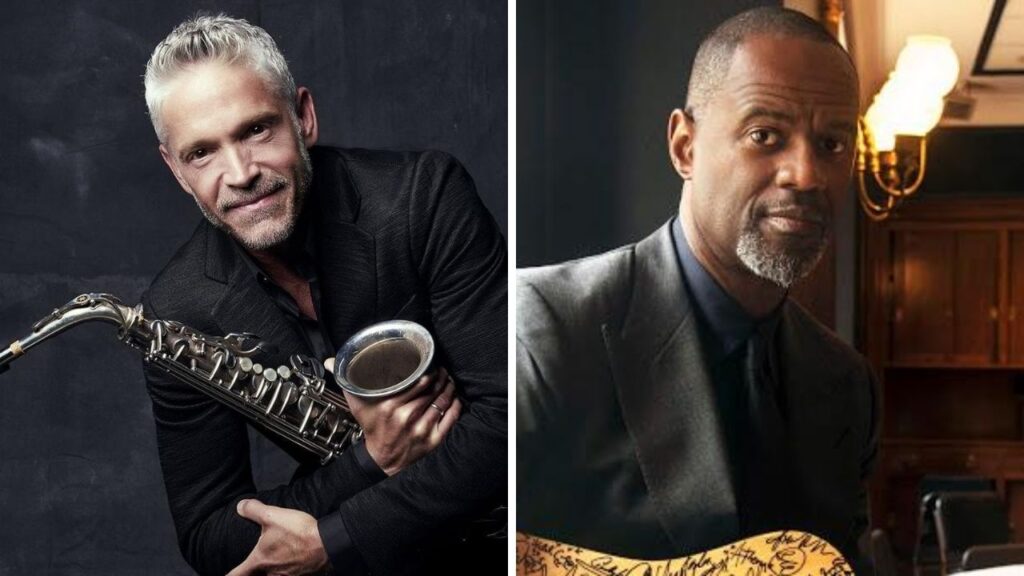 Dave Koz, one of contemporary jazz’s premier showmen, recording artists, cruise hosts and all-around entrepreneurs, recently stopped by the JAZZIZ Last Call live stream to tease an “under-wraps” projects he’d been working on during lockdown. Well, the cover on those projects has finally been lifted, and now Dave Koz fans have some brand new music to look forward to. Working digitally and with social distance protocols in place, Koz has announced the release of A New Day, one of the most purposeful, empowering and exhilarating albums of his career. A New Day is slated for release on October 9, 2020 — 30 years and one day after the release of Dave’s debut album.

“When the pandemic hit, I was already in the space to be creative and it immediately pushed me into that zone where I found myself turning to music for comfort,” Dave said in a press statement. “I instinctively thought, I’m in a position to do that for others. It boils down to this – we all just need a hug. I wanted to provide that hug of a musical kind to people who have looked to my music as a source of joy and a way to feel better. I wanted these new songs to convey the sense that we’re all in this together and it’s hard, but we are going to be okay.”

JAZZIZ is pleased to include the track “Summertime in NYC,” featuring Brian McKnight. In a press statement, Koz described the origin of the song: “Evan Rogers, Carl Sturken and I wrote this on March 12, 2020, in New York as the world began its lockdown due to COVID-19,” he said. “Being right in the ‘epicenter’ gave us the unique perspective of writing a song so wrapped up in the moment. But instead of writing from despair and fear, we wrote from the perspective of joy…what it might feel like when we return to the lives we once knew. We summoned the spirit of all our feel-good musical heroes (Earth, Wind & Fire, Bill Withers, etc.) to come up with a tune that hopefully makes the listener feel hopeful for what’s to come.”

Everything You Touch Is Gold
Gregory Porter
All Rise (Deluxe)

It Could Happen to You
Massimo Faraò, Byron Wookie Landham, John Webber
A Drums Comes True