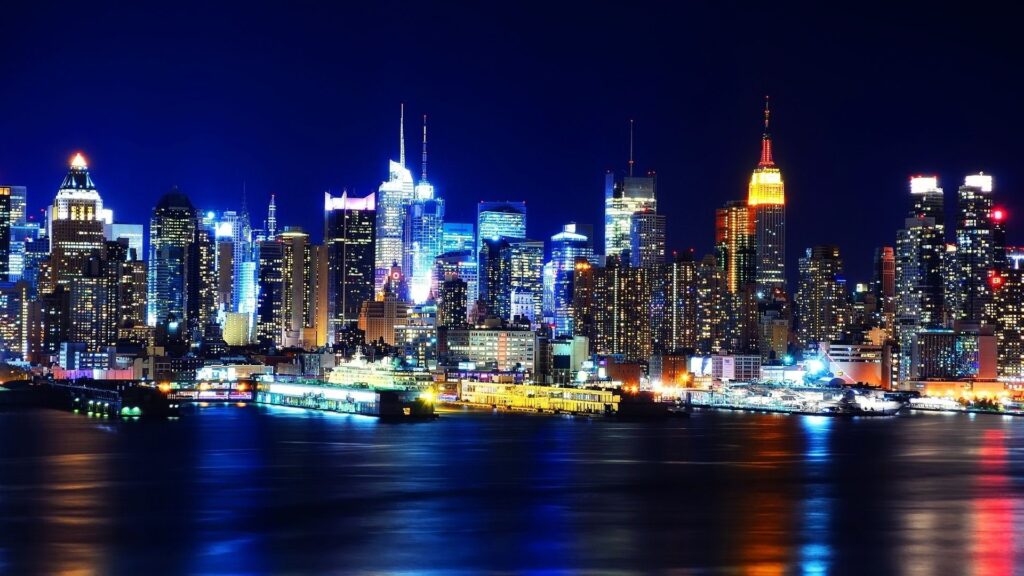 New York is so heavily saturated with jazz musicians that, on any given night, you can catch a great show and still feel as if you’ve missed out on dozens of others.

That’s great for locals, but it can be overwhelming for out-of-town visitors who are unfamiliar with the city’s jazz terrain.

With that in mind, here’s a jazz-infused weekend itinerary for those who are new to the city, including music, food and museum recommendations. It won’t cover everything, of course, but it’s definitely a good start.

The A train won’t take you directly to Red Rooster, the celebrated Harlem restaurant at the intersection of 125th Street and Malcolm X Boulevard that is owned and operated by Marcus Samuelsson, the celebrity chef whose chicken and waffles are a highbrow take on a downhome dish. But you can at least whistle the melody to Billy Strayhorn’s most iconic tune as you make your way uptown.

About a Quarter to Nine

After dinner, amble downstairs to Ginny’s Supper Club, the intimate jazz venue situated directly below Red Rooster and designed in the fashion of a Harlem speakeasy. If you want to venture further out, there are a number of other clubs in the area, which was once the epicenter of New York’s jazz scene, the history of which is detailed at the nearby National Jazz Museum in Harlem. Minton’s Playhouse on 118th Street, for instance, is the reincarnation of a famed bebop-era jazz club that also serves good food.

For brunch, head over to the Blue Note in the West Village, home to some of Manhattan’s finest clubs. The Blue Note isn’t associated with the record label, but it does regularly showcase the best musicians in jazz. It also hosts a rowdy weekend brunch—a soul and Motown band now has a Saturday residency through December—that will put you in an upbeat mood for the rest of the day.

At the Jazz Band Ball 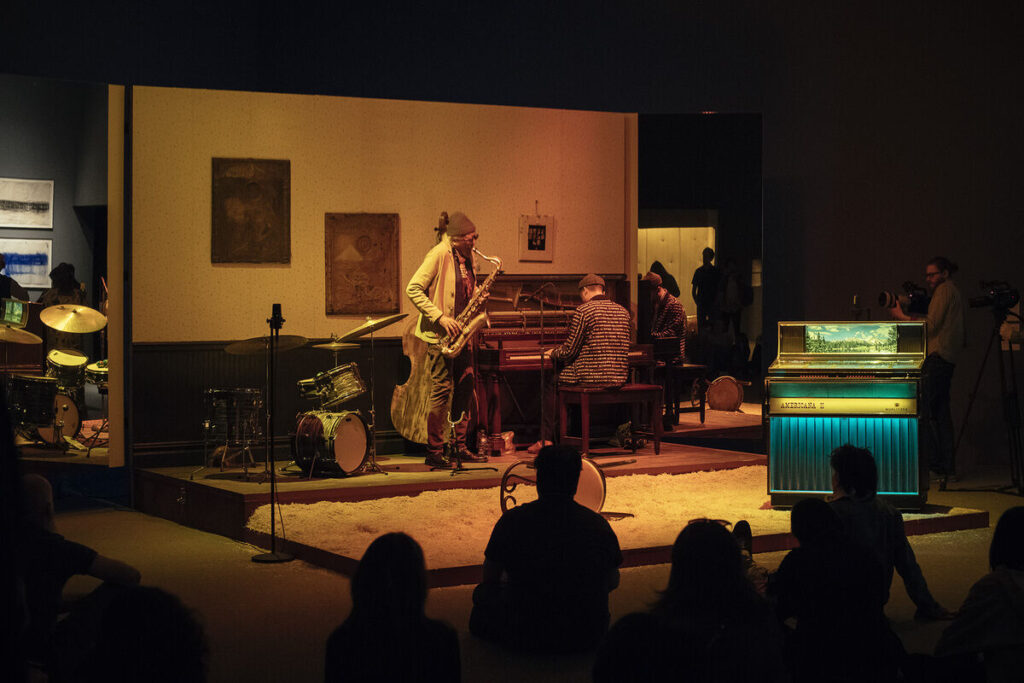 Be on the lookout for jazz shows at museums, which pop up now and then in the city. For example, the acclaimed pianist Jason Moran is now presenting his first solo exhibition at the Whitney Museum of American Art in the Meatpacking District. The show, which features drawings, sculptures and live performances, among other things, runs until January 5.

A Song For You

Grab dinner downtown—a good choice is the Spanish restaurant Sevilla, one of the oldest establishments in the Village that has existed since the dawn of the bebop era—and then make your way to New York’s oldest and best jazz club: the Village Vanguard. Opened in 1935, the basement club has played host to some of the greatest musicians in the history of jazz, including John Coltrane, Sonny Rollins, Bill Evans and Kenny Burrell, among countless others.

Weekend sets at the Vanguard are often the best to see because the musicians have had time to work out any kinks that existed at the beginning of their week-long run. Seats at the front, near the stage, are ideal, but also good—trust us here—are the raised seats all the way in the back at the bar. It’s a good vantage point from which you can take in the scene, and the sound travels well to this area because the room is wedge-shaped.

Dancing in the Dark

In the mood for more music? Walk around the corner to Smalls, another hallowed basement club that hosts jam sessions late into the night and often features young up-and-comers, or take the subway uptown for a late-night session at Dizzy’s Club Coca-Cola, the bar, restaurant and venue that is a part of Jazz at Lincoln Center, whose artistic director is Wynton Marsalis.

Get Out of Town

Take a jaunt to the outer boroughs, where a lot of good jazz takes place. Stop into for a mid-day meal and show at a Brooklyn club called Bar Lunatico, which puts on a gospel brunch every Sunday and has presented an estimable assortment of players since it opened not too long ago, including Madeleine Peyroux and Guillermo Klein. Lunatico’s neighborhood, Bedford Stuyvesant, is also home to another fine jazz club named Sista’s Place, a community space that is now in its 24th season and certainly worth checking out. It is located not far from the intersection of Nostrand and Fulton, the title of a 1962 composition by trumpeter Freddie Hubbard.

The River Café is situated on the East River near the base of the Brooklyn Bridge and has a lovely, dramatic view of Manhattan’s skyline. The restaurant, one of the most romantic in the city, also features one of New York’s great hidden secrets: Dom Salvador, the Brazilian-born lounge pianist who once served as Harry Belafonte’s artistic director and before that helped invent samba jazz in Rio de Janeiro, but who has been serenading restaurant-goers from a Steinway grand in the restaurant’s corner for the past 42 years. Get a drink at the bar, take in the scenery and let Salvador’s music enchant you. If you recommend a tune, chances are he’ll play it; he knows 4,000 songs—and counting.

The Song Is Ended 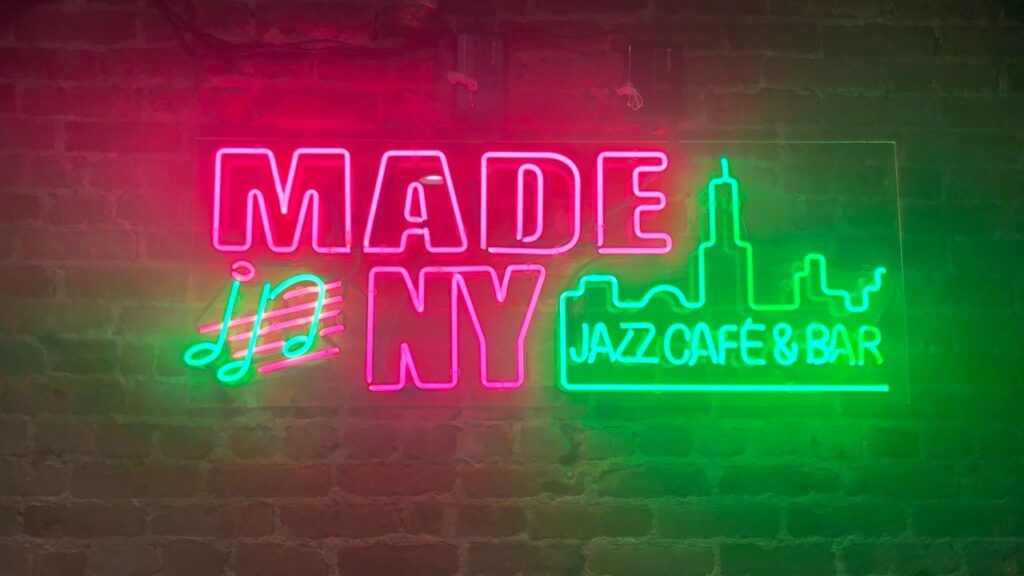 Catch a late set at a new Park Slope jazz club called Made in New York Jazz Café and Bar. The venue, which serves food—including tapas and larger plates—recently celebrated its grand opening with a set of shows featuring a trio led by the dexterous pianist Cyrus Chestnut.

And there you have it, a perfect three-day weekend in New York City, the jazz capital of the world. That is, until your next trip…

Q&A with Ola Onabulé: Connecting Cultures through Music and Travel