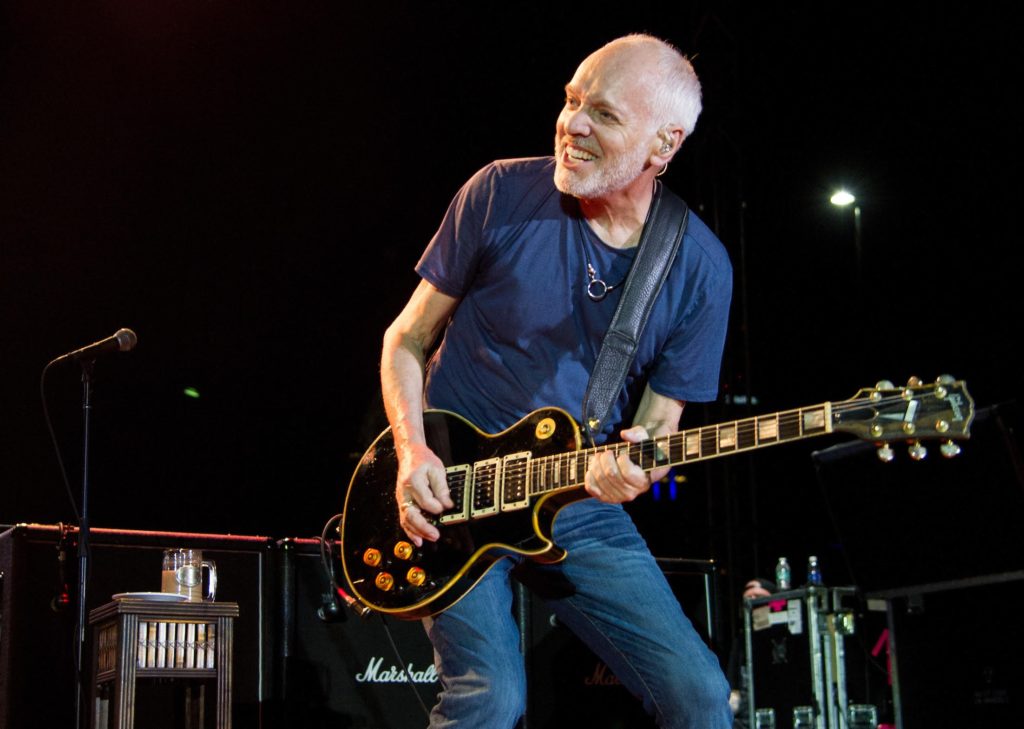 In this episode of JAZZIZ Not What You Think, JAZZIZ Publisher Michael Fagien sits down with English rock icon Peter Frampton to discuss the guitarist’s latest album, All Blues. The new recording finds the former Humble Pie and The Herd singer putting his own spin on iconic blues tracks from legends like Bo Diddley, BB King, Ray Charles, Taj Mahal and many others. The album, which was released on June 7, has already rocketed to the top of the Billboard Blues Charts. In the podcast, Frampton talks about how he was inspired to take on such an adventurous project after playing a number of classic blues tunes while he toured with Steve Miller Band. He also discussed how he found deep influence in the work of Miles Davis. (In fact, the title of Frampton’s new disc is a tip of the hat to the Miles track “All Blues,” from the trumpeter’s legendary 1959 album Kind of Blue.)

Frampton officially kicked off his 50-date Farewell Tour in Tulsa, Oklahoma, on June 18. It wraps up on October 12 in San Francisco at the Concord Pavilion. In between, he’ll have a stop at the Montreal Jazz Festival in Canada, where he’ll be serving as a headlining artist on July 5. To view his complete touring schedule visit his website. Now, join Frampton for his first ever interview with a jazz magazine via the player below.