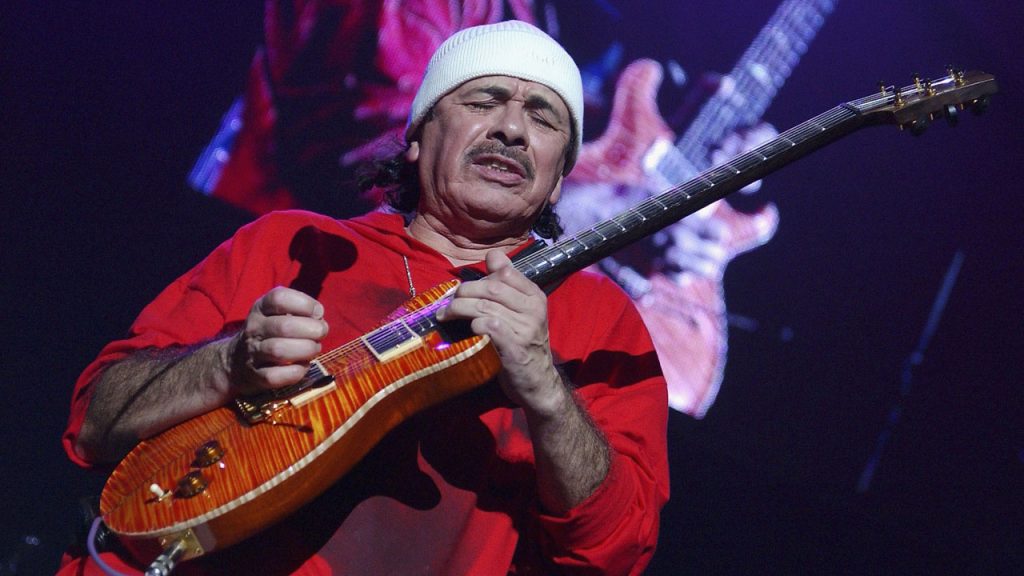 Joining JAZZIZ Publisher Michael Fagien on this episode of JAZZIZ Not What You Think is rock legend Carlos Santana. The guitarist, 71, first rose to fame nearly five decades ago as the leader of the rock group Santana, through which he pioneered a brand of driving psychedelic rock that fused sounds from American rock ‘n’ roll, funk, jazz, blues and the traditional music of South America, Africa and the Caribbean. His performance at the era-defining Woodstock  Festival in 1969 set the course for a career that would find him expanding his style even further, and by the beginning of the 1970s he had become an integral member of the budding jazz fusion movement, crossing paths and exchanging ideas with figureheads like Miles Davis and John McLaughlin. In 1973, Santana and McLaughlin would join forces for the collaborative album Love Devotion Surrender, which featured their respective bands — Santana and the Mahavishnu Orchestra — playing a hybrid program that brought a psychedelic jazz sensibility to songs by John Coltrane and traditional gospel music.

In June, the group Santana released its 25th studio album, Africa Speaks, on Concord Records. The album was the result of a 10-day recording session at the home studio of acclaimed producer Rick Rubin in Malibu, California, and grew from the guitarist’s longstanding interest in African music. The album features Miami singer Buika, whose polyglot style covers flamenco, Afro-Cuban music and jazz, and features songs in multiple languages. Jazz, however, is a constant throughline, as it has been in Santana’s life and career. In this interview, Santana probes deep into his long-running affinity for the music of Miles Davis and Wayne Shorter, and recounts stories about life at the threshold of jazz and rock.