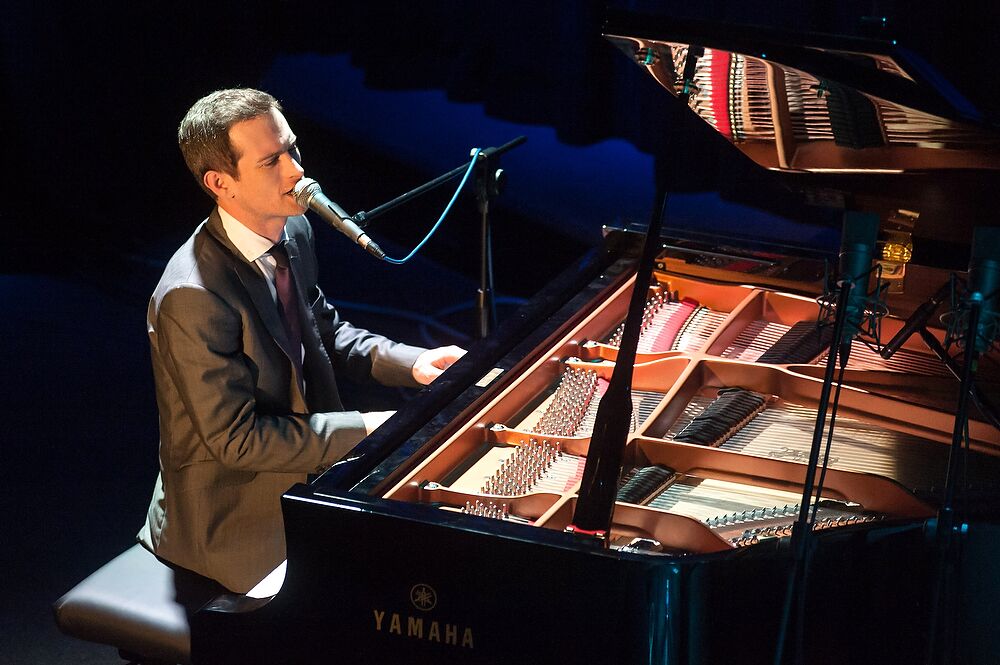 Strong, who is signed to French label Naïve, made his debut at the Los Angeles Hollywood Bowl this summer as part of Playboy Jazz and has built a reputation at some of Europe’s biggest festivals for his swinging, feel-good live shows.

More than twenty musicians were involved in the making of his 2015 album On A Clear Day, which was a statement in which Strong showed his intent to continue playing a repertoire of unashamedly ‘old school’ material – from jazz standards and classics through to early Stevie Wonder and Motown – in a modern, fresh and energetic way.

These latest tracks, recorded by Strong with the Danish Radio Big Band in front of a live audience at the Copenhagen Koncerthuset, are the culmination of a 7-date tour through Scandinavia late last year.