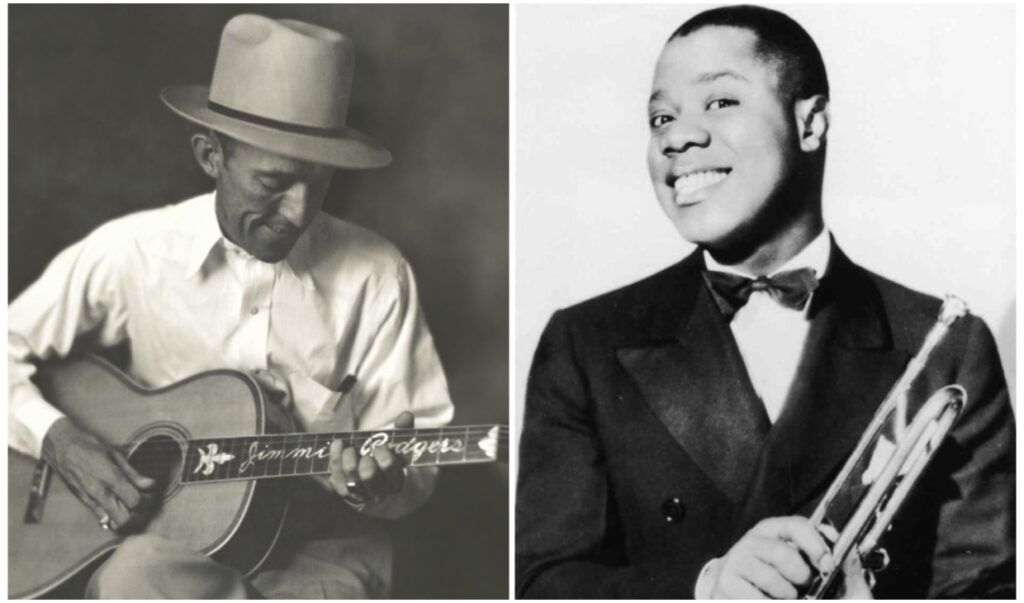 JAZZIZ is a series of videos exploring stories of songs, artists and events that gave rise to jazz. This new episode tells the somewhat forgotten story of a significant moment that occurred in 1930, when the father of country music, Jimmie Rodgers, collaborated with the father of jazz, Louis Armstrong. The song was titled “Blue Yodel No. 9” and also featured Lil Hardin, then married to Armstrong, on piano.

Some historians have defined this moment as groundbreaking while others have been less positive about it. This is in large part due to Rodgers’ formation within the blackface minstrel shows. However, it resurfaced in later years when Armstrong recreated the moment, performing “Blue Yodel No. 9” alongside Johnny Cash in 1970 on the latter’s television show, in what turned out to be one of Armstrong’s final television appearances.