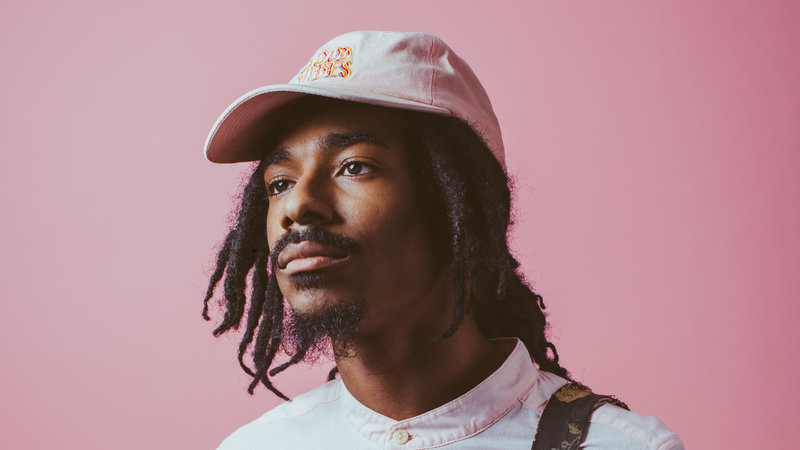 Joel Ross released his debut album, KingMaker, on Blue Note Records on May 3. Listen to our podcast conversation via the player below. (Photo: Lauren Desberg)

Even if you’re a casual jazz fan, it would be hard to ignore the buzz around Joel Ross. Just 23 years old, the vibraphonist recently released his debut album as a leader, KingMaker, and it’s already being hailed by jazz and pop critics alike as one of the best albums of the year. It’s a smart and self-assured statement, full of hypnotic grooves and intricate melodic structures. But the fact that it was released on the legendary Blue Note Records makes it a first impression for the ages.

In joining Blue Note, Ross becomes part of a storied lineage of vibraphone players that includes Milt Jackson, Bobby Hutcherson and Ross’ own mentor, Stefon Harris. Elite as that company may be, Ross is eager and equipped to join it. He possesses boundless skill and imagination, and he’s the type of artist who can push the music forward from the inside, merging tradition with innovation in an effort to arrive at someplace new yet familiar.

Ross is originally from Chicago, where he grew up playing with his twin brother, a drummer, and with stars of the local scene like trumpeter Marquis Hill and drummer Makaya McCraven. After stints in the Chicago All-City Jazz and Concert bands cemented his love for music, Ross went on to attend the prestigious Dave Brubeck Institute in California, and would later appear on albums by other up-and-coming Blue Note stars like pianist James Francies.

Ross’ new album features his Good Vibes ensemble — Immanuel Wilkins on alto saxophone, Jeremy Corren on piano, Benjamin Tiberio on bass, Jeremy Dutton on drums — and is absolutely brimming with energy, which he draws from various musical sources ranging from gospel to anime themes. Recently, Ross released a video for the track “Yana,” which you can view via the player above. Directed by Daveion Thompson, the video was fodder for our wide-ranging podcast interview, which touched on themes of family, cinema, perfect pitch and, yes, what it’s like to travel with a vibraphone.

JAZZIZ Backstage Pass: 10 Albums You Need To Know for February 2020