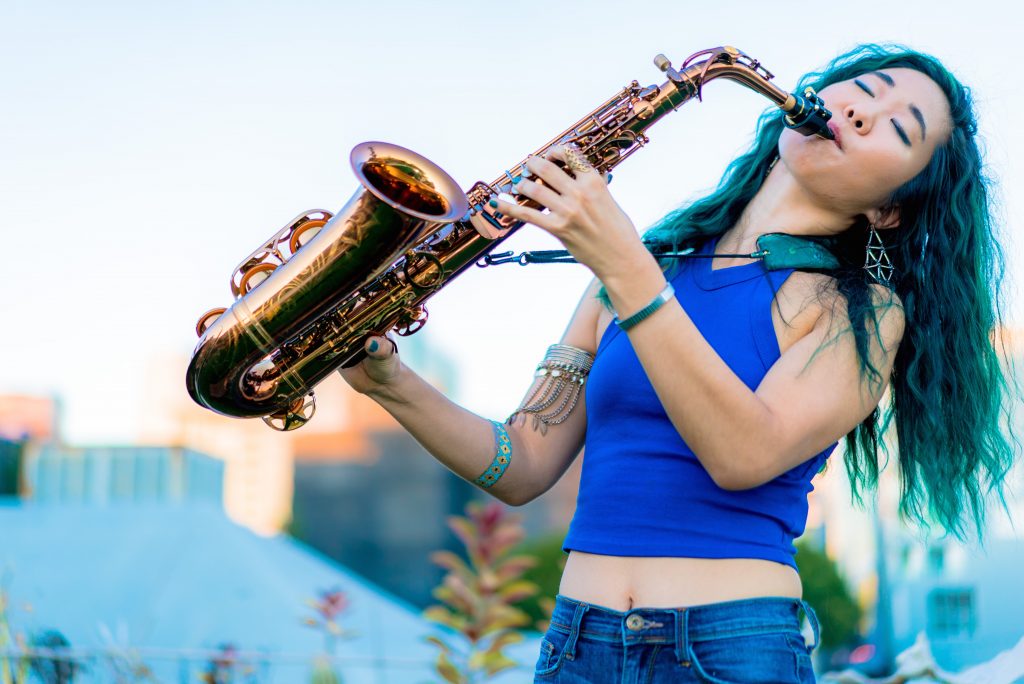 Joining the JAZZIZ Backstage Pass podcast today is the incredibly talented and eminently fashionable saxophonist Grace Kelly. Now, even if you don’t Grace Kelly by name, you’ve probably heard her music before. She’s performed with keyboardist Jon Batiste on The Late Show with Steven Colbert and was also among the performers at President Barack Obama’s first inauguration. She was also something of a protege of the late saxophone master Phil Woods. The two even released a joint album together, The Man with the Hat, in 2011, when she was just 20 years old.

More recently, Kelly was awarded the top prize in the John Lennon Songwriting Competition for her original song “Feels Like Home” featuring Elliott Skinner. (Her win, it should be mentioned, came in the Country Music category, a testament to her amazing versatility.) Kelly also happens to crush it in the social media game. She’s posting music videos all the time, including, most recently, a mash-up of Billie Elish’s “Bad Guy” with Michael Jackson’s “Don’t Stop Til You Get Enough,” featuring bassist Nik West. Her new album is Go Time: Live in LA.

Our conversation was sponsored by the Tucson Jazz Festival, which runs from January 10 through 20 in various locations around Tucson. Kelly will appear at the festival on January 12, sharing a double bill with Aubrey Logan of Postmodern Jukebox and Dave Koz’s Summer Horns. For tickets and more info visit tucsonjazzfestival.org