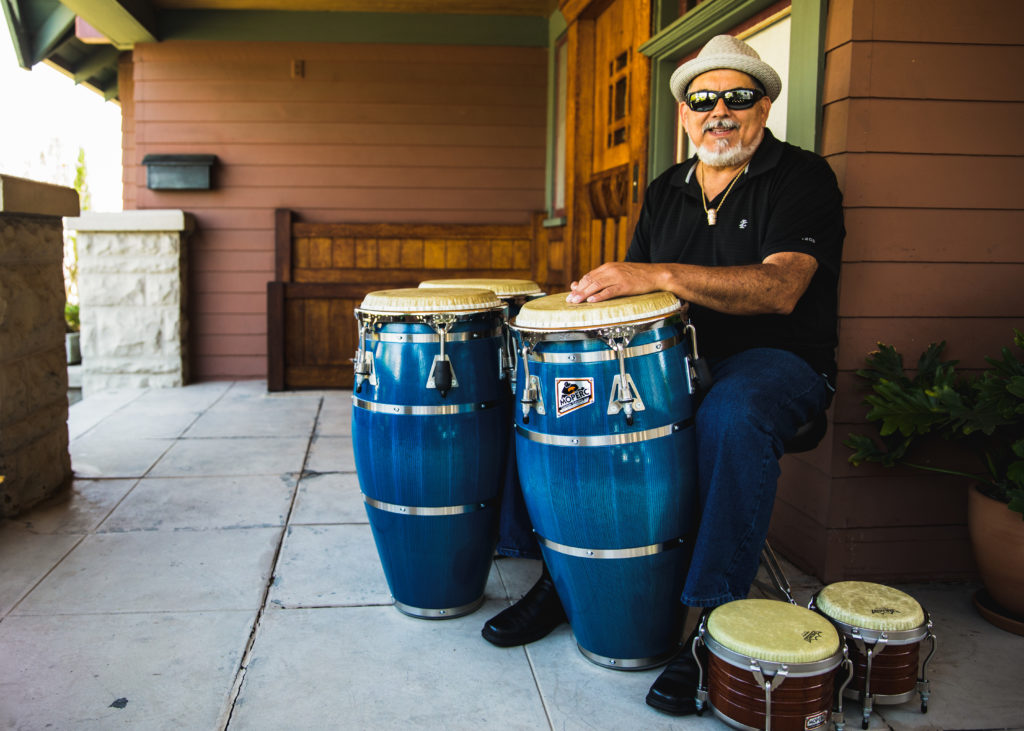 JAZZIZ was recently on the scene in Concord, California, to take in the 50th annual Concord Jazz Festival,  a showcase for some of the phenomenal artists signed to the Concord Jazz label. Rising stars like vocalist Jazzmeia Horn and Esperanza Spalding were a joy to behold, but equally entertaining were the many Concord Jazz veterans, such as keyboardist Chick Corea and Dave Koz. But when it comes to Concord artists, no one has been involved with the label longer than the legendary percussionist and vocalist Poncho Sanchez, a true pioneer of Latin jazz. Born in Texas in 1951, Poncho’s career took off in the mid-1970s when he was asked to join the world-famous Latin jazz ensemble led by vibraphonist Cal Tjader. Poncho performed with him until Tjader’s untimely death in 1982. A year later, Poncho began a relationship with Concord Records that has lasted to this day, one that has resulted in more than two dozen recordings, a Grammy Award and several Grammy nominations.

On his latest project, Trane’s Delight, Poncho celebrates the life and music of the iconic saxophonist John Coltrane. Due out September 20 via the Concord Picante subsidiary, Trane’s Delight is a love letter from one musical pioneer to another, as the Latin Jazz legend pays homage to one of his earliest and most indelible influences. The album arrives just in time for the late tenor titan’s 93rd birthday on September 23.

Sanchez’s performance at the Concord Fest featured material from the new album, much of which was arranged with Sanchez’s musical director, trombonist Francisco Torres. In a wide-ranging conversation, we discussed the monumental influence that Coltrane had on his life, as well as the innate Latin aspects of Coltrane’s playing. If you’d like to check out all of the amazing Concord releases coming out right now, visit their website at concord.com.