Pianist Emmet Cohen was awarded the 2019 Cole Porter Fellowship from the American Pianists Association, earning $50,000 in winnings and a recording contract with Mack Avenue Records.

On April 6 in Indianapolis, the American Pianists Association awarded Emmet Cohen its 2019 Cole Porter Fellowship, culminating a 13-month competition that embodies the adage, “It’s a marathon, not a sprint.” In earning first prize, Cohen came away with a $50,000 check, a recording contract with Mack Avenue Records, and a two-year stint as artist-in-residence at the University of Indianapolis. He joins a distinguished roster of previous winners that includes Aaron Parks (2001), Dan Tepfer (2007), Aaron Diehl (2011), and Sullivan Fortner (2015). Cohen’s formidable “opponents” — Kenny Banks, Keelan Dimick, Dave Meder and Billy Test — each earned $20,000 for making the final round, which was proctored by a jury that included the eminent pianists Stanley Cowell, Renee Rosnes, and Helen Sung.

The announcement capped a compelling, well-produced concert at the Hilbert Center Theater, charismatically hosted by singer Dee Dee Bridgewater. During the first half, each pianist played a duo with singer Kurt Elling, who inhabited and imprinted his identity upon diverse American Songbook repertoire ranging from Indiana native Hoagy Carmichael’s “Georgia On My Mind” (Banks) to Alec Wilder’s “Moon And Sand” (Meder). After intermission, the Buselli-Wallarab Jazz Orchestra took the stage to accompany each protagonist’s solo flight on a bespoke Brent Wallarab arrangement of a piece of their choosing. (Watch a full recording of the APA Gala Finals via the player below.)

At the “Club Finals” in the Jazz Kitchen on the previous evening, each pianist was tasked with playing an original, a ballad and a standard — no repetitions — during two 20-minute trio sets with a trio featuring world-class drummer Kenny Phelps, an Indy resident, who recently spent several years on the road with Bridgewater. 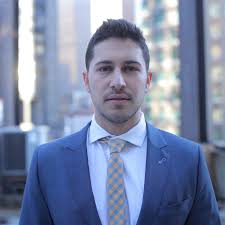 Despite the high stakes, the musicians approached the proceedings with a palpable attitude of love and respect. “A competitive spirit has existed in the history of jazz piano since the 1920s,” Cohen said by phone from his Harlem apartment two days after the Hilbert Center concert, a few hours before making his way to Smoke Jazz Club to play three sets with his organ group. He’d demonstrated his “all jazz is modern” aesthetic on a second set program —  an Errol Garner-esque treatment of “Sweet Lorraine” juxtaposed with “It Might As Well Be Spring,” followed by tour de force readings of Duke Ellington’s “Black and Tan Fantasy” and the Earl Hines vehicle “Symphonic Raps” on which he referenced idiomatic stride and post-Mulgrew Miller swing. For his Buselli-Wallarab segment, Cohen presented a kaleidoscopic Fats Waller medley that began with “Ain’t Misbehavin’,” then continued with “Keepin’ Out of Mischief Now,” “Two Sleepy People,” and “Jitterbug Waltz.”

“I love playing the songs that affected people in the 1920s and 1930s and making people today feel something new,” Cohen said, before noting the “competitive spirit” that sparked Harlem sessions 90 years ago in which such immortals as Willie “the Lion” Smith, James P. Johnson, Fats Waller, Art Tatum, and Donald Lambert matched wits.

“Their cutting contests would be infused with humor and inspiration,” he said. “They’d teach one another, and expand upon the last person’s ideas. If you were playing, say, ‘Carolina Shout,’ someone would change the key, change the style, and add their own embellishments. I think that’s a good model for what these competitions should really be about.

“Herbie Hancock once said in an interview that ‘the piano is a family of 88 black-and-white members all working together as a giant orchestra under my fingertips.’ The boundaries of the piano are endless. This event is an amazing opportunity to spend time around four other people who have dedicated their lives to this instrument, to hear them in different contexts, and talk about music and influences. There’s always something to learn, something to notice, and to incorporate into your own style or own being.”

Since 2011, when he earned the first of his three trips to the APA finals, Cohen, 28, has made it his business to learn from such veteran maestros as Jimmy Cobb, Ron Carter and Albert “Tootie” Heath, who he’s recruited for his groups, and from such consequential employers as Benny Golson, Brian Lynch, Christian McBride and Herlin Riley. (Listen to Cohen discuss his collaborations with jazz legends in this JAZZIZ Backstage Pass interview.)

Banks, 30, an Atlanta-based native of Columbus, Ohio, was the only African-American contestant. His C.V. includes stints with, among others, Theo Croker, Lizz Wright and Jennifer Holliday. At the Jazz Kitchen, he evoked deeply embodied gospel and soul roots on ascendant, signifying treatments of “Battle Hymn of the Republic” and “God Bless America,” in which he referenced vocabulary culled from Gene Harris and Ahmad Jamal, while his renditions of Herbie Hancock’s “Dolphin Dance” and Jimmy Heath’s “Gingerbread Boy” demonstrated supple phrasing and effortless command of late 20th century harmony.

On the other hand, Meder and Test operated within the zone of post-Bud Powell modernism, displaying two-handed contrapuntal approaches that hinted at a close study of Fred Hersch and Brad Mehldau.Once a student of Mulgrew Miller and Harold Mabern at William Paterson University, Test, 30, currently employed by the WDR Big Band in Cologne, was the most venturesome improviser of the group, as evidenced on turbulent readings of “Nardis” and the Keith Jarrett/Americana-inflected “Love Is Enough,” by John Coates.

Meder, 29, just finishing his first year as Assistant Professor of Piano at University of North Texas, displayed subtle voice-leading skills on nuanced interpretations of Thad Jones’ “Tiptoe,” “If Ever I Would Leave You,” and Cole Porter’s “I Concentrate On You.”

Faced with such consistently high-level pianism, it was complicated for the finals jury — as well as the five jurors who participated in the initial blind audition, and the three jurors who had overseen the previous performance round — to reach consensus on a winner. Joel Harrison, the APA’s President/CEO and Artistic Director, explained the criteria by which they were expected to operate. “We’re not here to discuss who’s a fine pianist,” he said. “They all can play. We also assume that they know the history. This is not a test to see if you can get into graduate school. Basically, we want them to make a compelling case for their musical persona. I tell the jury to listen for whether the pianist can convince them that what he is doing is authentic and wonderful. That’s the essence of how art functions and keeps growing and becoming vibrant.”

“There’s no such thing as trying to please or appease a diverse jury in a context as subjective as jazz,” Cohen said. “I treated this exactly like I would treat a performance with my band or under any other circumstances that were not judged. I haven’t approached these competitions with a clear, cerebral attitude. You go into it with an open mind and an open musical heart, and just play some music.”