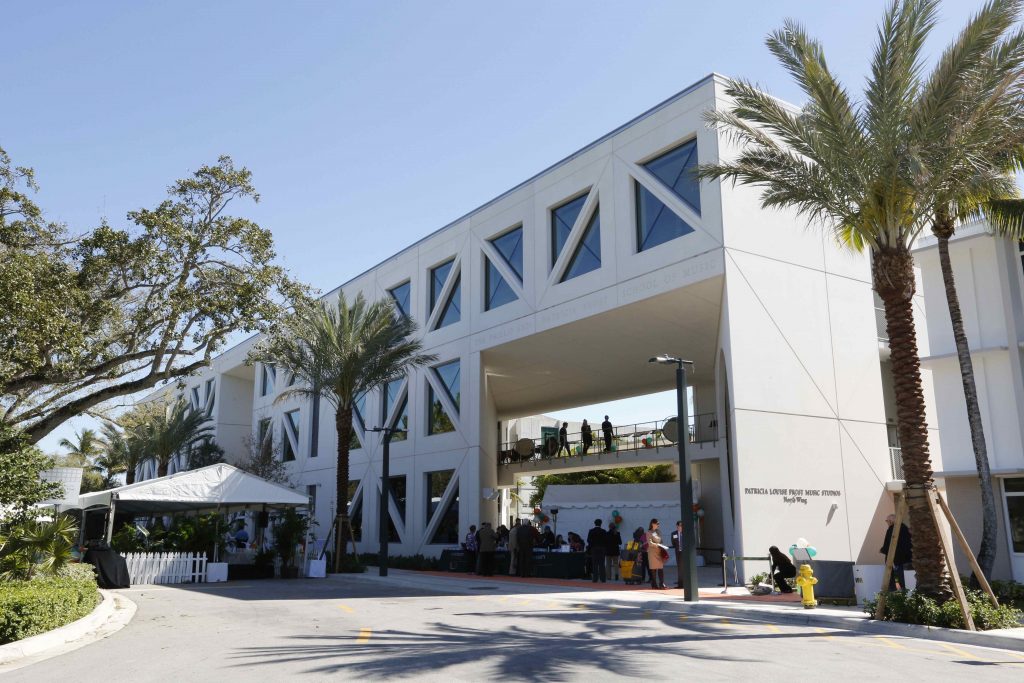 South Florida jazz fans know to look forward to the Jazz Roots series at the Adrienne Arsht Center for the Performing Arts every year. And for good reason. The series — co-launched in 2008 by famed GRP producer Larry Rosen and the Arsht Center — brings internationally renown jazz stars to the area for exclusive performances audiences aren’t likely to see elsewhere.

From the very start, the success of the Jazz Roots Miami series owed largely to Rosen’s own curatorial ear. Under his tenure, giants of modern jazz like Wynton Marsalis and Pat Metheny were brought in to grace the stage of the Knight Concert Hall at the Adrienne Arsht Center, where the series has been presented since its inception. Rosen also ensured that the series included an educational component called Sound Check, in which Jazz Roots artists would hold masterclasses and seminars with students from the Miami-Dade public school system.

Sadly, Rosen died in 2015, before he could witness the celebration of Jazz Roots’ 10th anniversary in Miami (the series has since extended into other cities, including Las Vegas and Atlanta). Since Rosen’s death, the Adrienne Arsht Center continues to present Jazz Roots, and Shelly Berg, Dean of the University of Miami Frost School of Music, has taken over as artistic director.

Recently, the Adrienne Arsht Center announced the lineup for the Jazz Roots 2018-’19 season, and it promises to live up to the tremendous expectations set by years past.

Berg, a Grammy-nominated pianist and the host of the show Generation Next on Real Jazz Sirius XM, said his strategy in assembling the series was to rely on Rosen’s guiding principles. “I thought back to, ‘How do you create something that can only happen in your concert hall?’” said Berg. “How do you create moments that you couldn’t see if you didn’t come that night? We didn’t just want shows in a box.”

Abiding by that philosophy, the 2018-’19 Jazz Roots season is set to kick-off November 9 with Leonard Bernstein 100 And Beyond, a centennial tribute to one of America’s greatest cultural heroes, and featuring Ann Hampton Callaway, Jon Secada, Kirk Whalum and the University of Miami’s own Henry Mancini Institute Orchestra. Berg explained that he wanted to start the series on a high note.

“We knew we couldn’t let this centennial anniversary pass without doing something big,” said Berg. “This concert is going to be a journey through Bernstein’s music, showing how he really married classical and jazz music in ways that almost nobody else ever has.”

When it comes to programming, Berg places a premium on creating unique experiences. When he’s not curating one-of-a-kind concerts like the Bernstein centennial, he’s doing his best to get touring artists to perform in special contexts or settings. A case in point is the Jazz Roots concert on December 7, in which an all-star group of Cecile McLorin Salvant, Renee Rosnes, Melissa Aldana, Anat Cohen, Noriko Ueda, Allison Miller and Ingrid Jensen will convene to perform as Artemis: Great Women in Jazz.

Other highlights from the series include a performance by the Joshua Redman Quartet on January 18 and a performance by the all-star ensemble R+R=NOW (featuring Robert Glasper, Terrace Martin, Christian Scott, Derrick Hodge, Justin Tyson and Taylor McFerrin) on March 8.

Following a more scholarly tack, the concert Jazz in the Key of Ellison will explore the connection between author Ralph Ellison and jazz music (Ellison studied classical music in college, and wrote eloquently and with penetrating insight on the subject). The concert, which is scheduled for February 8, will feature Will Downing, Nona Hendryx, Nicholas Payton, Quiana Lynell and the Andy Faber Jazz Orchestra.

For Berg, another big part of curating the Jazz Roots series was representing his local jazz scene and recognizing the influences that shape it. “We would not do a Jazz Roots series as far as I’m concerned without having Latin jazz represented,” said Berg. “I always like to say that if New Orleans was the melting pot that created jazz for the 20th century, then Miami is the melting pot that will create the next iteration of jazz at the turn of the 21st century.”

To that end, the series will close on April 12 with a performance by three-time Grammy Award-winning producer, composer, keyboardist and vocalist Sergio Mendes, who will present what is sure to be a riveting evening of bossa nova and samba.

The JazzRoots series is only one of Berg’s curatorial responsibilities. The other is Frost Music Live!, a 110-concert showcase for the school’s music students and faculty that will run from September 2018 to April 2019. The series, which is entering its second year, was a hit with local audiences during its inaugural run. Berg has since expanded the number of concerts and spread them out over a longer duration. The idea, he said, was to strengthen Frost Music’s brand. “The faculty and student body of the Frost School are so strong that we felt we should really put a name and a brand on our regular concert season,” he said.

In addition to the more than 100 student and faculty concerts, audiences will also be able to attend 25 “Signature Series” concerts, which promise to deliver special visits by renowned artists in multiple genres. Concerts under the Signature Series will take place at the Maurice Gusman Concert Hall on the University of Miami campus, and will be grouped into four distinct themes: Frost Classical; Frost Jazz, Pop and Beyond; Frost Faculty Recitals; and Frost Musicology Lectures.

The powerhouse rock-jazz ensemble Kneebody is a highlight among this year’s scheduled performances, and standouts from last year’s series include flutist Sir James Galway and keyboardist Jon Batiste.

And while the big-name artists are always a hit, says Berg, the best part about Frost Music Live! is that it sets the stage for the next generation of jazz celebrities.

“The Frost Music Live! Series really offers audience members an opportunity to view some of these musical students before their careers take off,” said Berg, citing the ascent of recent University of Miami graduates like saxophonist Troy Roberts, pianist Emmet Cohen and vocalists Veronica Swift and Arianna Neikrug. “And these are intimate venues, so you get to see them before they’re selling out concert halls.”

Berg and the Frost School of Music also recently announced a partnership with the nonprofit arts organization Jazz Aspen Snowmass (JAS), which oversees Aspen’s most popular jazz festival and provides educational initiatives for the city’s young musicians through their JAS Ed program.

Starting next year, the educational component of Jazz Aspen Snowmass will be known as Frost JAS Academy. The new institution will provide opportunities for university-age musicians (roughly 18-29 years old) to travel to Colorado and learn from University of Miami faculty — as well as top-tier visiting artists — for two weeks during the summer. Berg will serve as the academy’s dean, and bassist Christian McBride will retain his role as musical director.

“What’s going to differentiate [Frost JAS Academy] from other camps is that, in addition to music and performance, our faculty will be working with students on things like stage presence, marketing, technology chops and media writing. For aspiring musicians, these skills are just as important.”

The partnership will also provide the Frost JAS Academy with a permanent home in downtown Aspen after construction of the JAS Center, a $15 million education and performance venue,  is completed. Jazz Aspen officials said they hope to have it open in time for the JAS Academy class of 2020.

To learn more about the Jazz Roots series in Miami, visit the Arsht Center for the Performing Arts’ website. More details about Frost JAS Academy are available on the Frost School of Music and Jazz Aspen Snowmass websites.  For more info on Frost Music Live!, visit the series’ page on the University of Miami website.