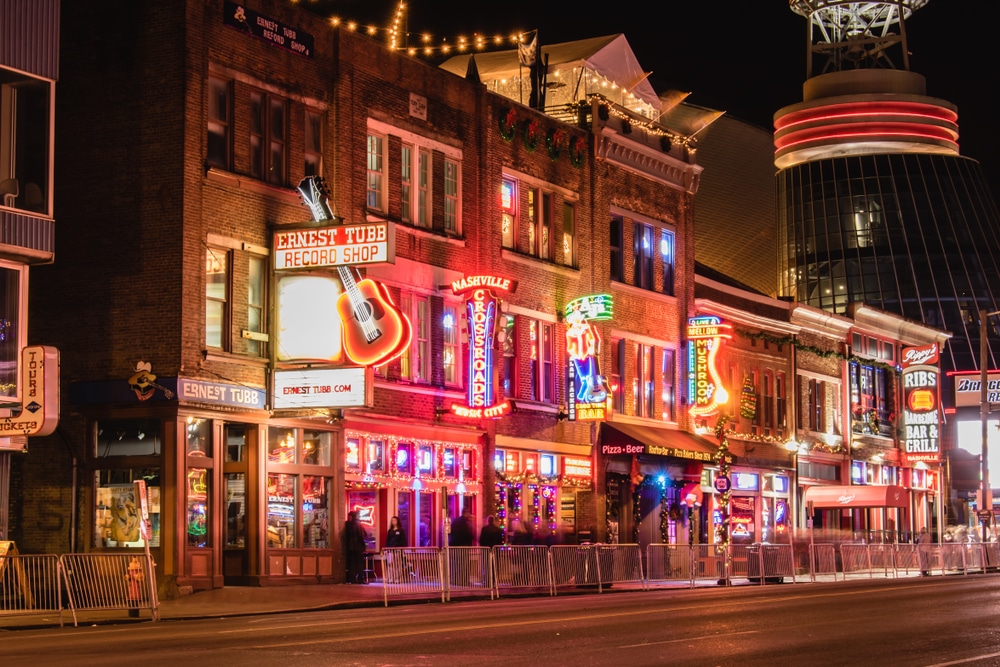 Nashville may be known as the country music capital of America, but if you look just beyond the juke joints, blues spots and honky-tonk bars of Nashville’s downtown landscape you’ll find a thriving jazz scene. Here, we present the best spots for jazz-themed entertainment, food and nightlife in Music City, U.S.A.

Rudy’s Jazz Room offers an authentic jazz experience in Music City. With jazz seven nights a week and a menu featuring Southern classics from chef and co-owner Michael Braden, the room has become the epicenter of Nashville’s jazz scene, a magnet for players and visitors alike. The venue is renowned throughout the region for its superb acoustics, which were crafted in meticulous detail by sound designer Michael Cronin. But just as is its eclectic music lineup, which features everything from trad-jazz and bebop to Latin jazz and Golden Age swing. Plan your visit: rudysjazzroom.com

Bourbon Street Blues and Boogie Bar offers up jazz with a Southern twist. Located in Nashville’s famous Printer’s Alley, Bourbon Street is a New Orleans-themed blues bar that features live blues and Cajun music all day, every day. Since opening in 1995, more than 100 blues musicians have graced the stage, including legends such as James Brown and B.B. King. But like the city that inspired it, this bar is all about the food. Bourbon Street serves up authentic Cajun food, cold beer and signature cocktails with flavor and flourish. Their hurricanes and boozy sweet teas are local favorites, but longtime patrons also rave about Voodoo Wings (chicken wings covered in their signature Voodoo sauce), which make the perfect late-night snack for any partygoers. For Southern hospitality, great blues and finger-licking food, Bourbon Street Blues is the place to be. And with its signature neon sign, it’s impossible to miss. Plan your visit: bourbonstreetbluesandboogiebar.com

Nashville Hot Chicken may well be Tennessee’s state bird. Spicy, oily, crispy and crackling, Nashville Hot Chicken can be found across the city and its outskirts, typically served up on two slices of spongy white bread and covered in slices of tangy pickles. The culinary curious can order it in various levels of spiciness — from mild to insane — at various spots around town. Hattie B’s — with three locations in Nashville — is a city-wide favorite, as is Prince’s Hot Chicken, which has been serving up spicy poultry in some capacity for nearly 100 years. Pepperfire, 400 Degrees, Slow Burn, Scoreboard and Bolton Spicy Chicken and Fish are other local spots that Nashvillians swear by. No matter where you go, you’re bound to enter a world of flavor.

For something more upscale, the place to be is The Catbird Seat, recently named one of the Top 50 restaurants in the world. Though a reservation may be tough to come by (the restaurant has just 22 seats), the dining experience is one of a kind. Patrons sit at a table that surrounds the cooking station on three sides, so diners can actually watch some of the best chefs in the country cook their food. It’s haute-cuisine at its finest, so don’t expect wet wipes and peanut shells here, but if deconstructed Southern classics and leisurely tasting menus are your thing, then there’s no topping The Catbird Seat. Chefs Will Aghajanian and Liz Johnson change the menu all the time, but some recent culinary standouts include frozen duck egg with smoked trout roe, quince fritter with smoked beef tongue and dried compressed bougainvillea flowers over frozen guava with seawater meringue. Plan your visit: thecatbirdseatrestaurant.com

Arnold’s Country Kitchen is a Nashville institution. It was opened by Jack and Rose Arnold in 1982, serving up traditional Southern cooking just the way their family has for decades. By doing what they do best, the restaurant has earned a glowing reputation in Nashville and around the country, earning rave reviews in publications such as Garden & Gun, Maxim, Southern Living, SAVEUR and Bon Apetit. Not bad for a ‘mom and pop’ family business. Food is made fresh daily and on any given day you can find Nashville classics like fried chicken, roast beef, turnip greens and mac ‘n’ cheese, as well as some more adventurous dishes like kielbasa and kraut,  liver and onions and cauliflower casserole. For these humble dishes, Arnold’s Country Kitchen was awarded a prestigious James Beard American Classics Award in 2009. Plan your visit now: arnoldscountrykitchen.com 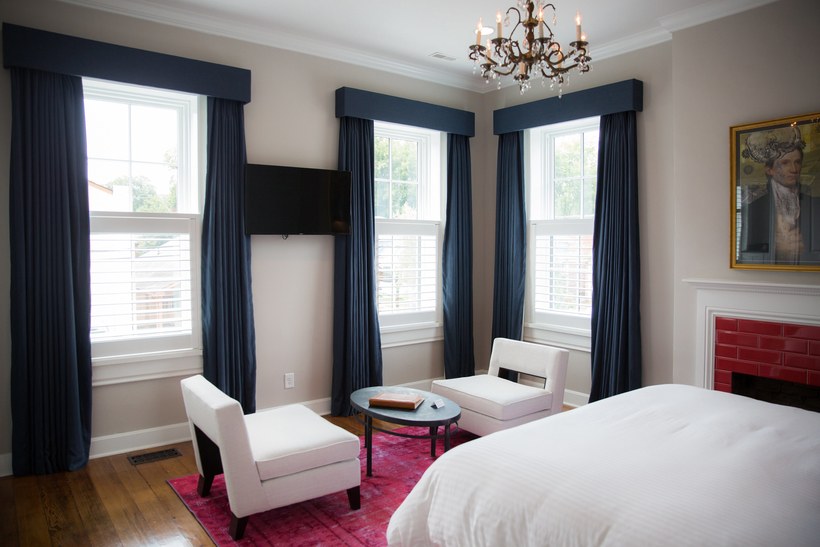 Our top pick for affordable lodging is the Germantown Inn, a unique luxury boutique located in Nashville’s oldest neighborhood. The building is a historic 1865 Federal-style home that has been reimagined as a ten suite hotel, offering upscale lodging at a fraction of a price. From the Italian Frette 1860® luxury linens, Turkish towels and Chadsworth & Haig® bathrobes, comfort is paramount. But design is a high priority, too. Nashville interior designer McLean Barbieri has expertly showcased the home’s original architectural features while adding distinctive modern artisan touches like custom-made wallpaper, Andra Eggleston curtains, and artwork by Caitlin Mello. Plan your visit: germantowninn.com

The Hermitage is more than just a luxury hotel; it’s a Nashville landmark. Built in 1908, the beautiful Hermitage hotel is designed in a Beaux-Arts style, offering an old-world blend of classical Italian and French Renaissance features. The spacious must-visit lobby, the grand staircase, ballroom, mezzanine, Veranda, the downstairs Grill Room, and all the public areas are a masterful work credited to Tennessee native James Carpenter, and since its founding it has played home to presidents, military heroes, celebrities and other famous faces. The hotel was completely renovated as a luxury boutique property in 2002-2003 and stands, “greeting the public with a heritage of warm hospitality experienced from the first moment of stepping through the front doors.” Plan your visit: thehermitagehotel.com