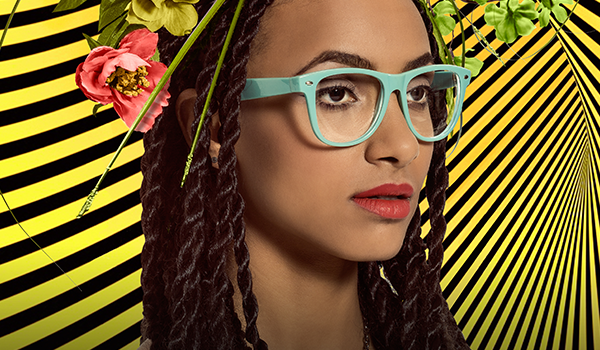 Bassist and vocalist Esperanza Spalding nabbed the No. 1 spot on the Billboard Jazz charts with her new album 12 Little Spells, while over in the Jazz Week radio charts, pianist Eric Reed jumped four spots to reach No. 1 with his Smoke Sessions record Everbody Gets the Blues.

It didn’t take long for Spalding’s album to rise to the top of the list. Though the album was released in Octobre 2018 as a series of 12 singles — each with an accompanying music video — it has spent only one week on the Billboard charts. Spalding has said that her inspiration from the album came from meditations on the body and in particular the Reiki system of healing. “Getting initiated into Reiki definitely helped set up this paradigm of articulating the idea that nourishing energies moving through one person, can be shared with another,” said Spalding. The album most recently follows the 2017 release of Exposure, which Spalding recorded from scratch in 77 hours in front of a live webstream.

Last week’s No. 1 album, Love by Michael Buble, dropped one spot to No. 2, while the Smithsonian collection Jazz Fest: The New Orleans Jazz & Heritage Festival lept to No. 3. Solo pianist George Winston stayed strong at the No. 4 spot with Restless Wind, Diana Krall and Tony Bennett’s album Love Is Here to Stay continued to stay hot at No. 5 and Trisha Yearwood’s Let’s Be Frank held in at No. 6. Norman Brown’s The Highest Act of Love (No. 7), Willie Nelson’s My Way (No. 8), Keiko Matsui’s Echo (No. 9) and Snarky Puppy’s Immigrance (No. 10) rounded out the Top 10.

Eric Reed’s gospel-inflected Everybody Gets the Blues received a well-earned spot atop the radio charts. On the new album, the pianist draws musical inspiration from his mentors and heroes — including Cedar Walton, Stevie Wonder and the Beatles — in order to face down struggles both personal and global. The album, released in April, finds Reed reaching back into his roots in the church to find a singular way forward.

Just below, Wynton Marsalis’ soundtrack to the recent biopic Bolden (about an unsung cornetist from New Orleans named Buddy Bolden), sits comfortably at No. 2, where it has risen gradually from the 10 spot. Frequent Marsalis collaborator Herlin Riley’s new album Perpetual Optimism (Mack Avenue) comes in at No. 3. Guitarist Dave Stryker’s new Eight Track III (Strykezone) resides in the No. 4 spot and trombonist Steve Davis’ Correlations drops in at No. 5.

Capping a long run on the charts is saxophonist Branford Marsalis’ album The Secret Between the Shadow and the Soul (OKeh) at No. 10. Above him are the previously unreleased Betty Carter album The Music Never Stops (Blue Engine) at No. 9, saxophonist Jim Snidero’s Waves of Calm (Savant) at No. 8, Catherine Russell’s Alone Together (Dot Time) at No. 7 and trumpeter Tom Harrell’s Infinity (HighNote) at No. 10.

Check back next week for more updates on the jazz charts. Until then, happy listening.