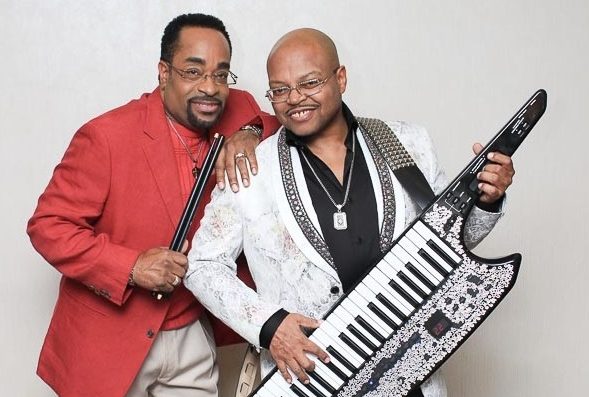 Pieces of a Dream’s new album One Another Note debuted at the No. 2 spot on this week’s Billboard Jazz 100 Charts. (Photo: Courtesy the artist)

Vocalist Michael Bublé reclaimed the top spot and jazz fusion group Pieces of a Dream debuted at No. 2 in this week’s Billboard Jazz 100 Charts, while over in the JazzWeek Radio Charts, guitarist Dave Stryker entered his second straight week in the No. 1 spot with his grooving retro-funk album Eight Track III.

Michael Bublé’s Love, the first album recorded since his eldest son’s diagnosis with liver cancer in 2016, has been a constant presence in the Billboard Jazz Top 10, where it has spent 28 weeks floating in and out of No. 1. Below it, On Another Note, the latest release by jazz fusion outfit Pieces of a Dream, made its grand entrance into the charts at No. 2, its highest ranking debut. Country singer Trisha Yearwood’s tribute to Frank Sinatra, Let’s Be Frank, fell in at No. 3., and bassist Esperanza Spalding’s 12 Little Spells — which in May debuted in the No. 1 spot — shifted a few spots to No. 4. Pianist Brad Mehldau’s new album Finding Gabriel, a meditation on politics and religion, sits at No. 5.

Smooth jazz guitarist Norman Brown sits in the No. 6 spot with his latest album, The Highest Act of Love, while Tony Bennett and Diana Krall’s duo album Love Is Here To Stay,  falls in at No. 7 in its 37th week on the chart. Open Road by The Rippingtons and Russ Freeman rose two spots to No. 8, while Evans in England, a historical release from pianist Bill Evans, jumped 12 spots from No. 21 to No. 9. KingMaker, the debut album by Blue Note vibraphonist Joel Ross, also cracked the Top 10 for the first time, rising from No. 22 in its third week on the chart.

Dave Stryker’s Eight Track III continues to stay in heavy rotation on jazz radio, entering its second week on the JazzWeek Radio Chart in the No. 1 spot. The album reimagines ‘70s funk and soul favorites as modern jazz tunes and features a standout crew of Stefon Harris on vibraphone, Jared Gold on organ and McClenty Hunter on drums. Just below it, trumpeter Wynton Marsalis’ soundtrack to the biopic Bolden has reclaimed the No. 2 position, and pianist Eric Reed’s Smoke Sessions release Everybody Gets the Blues held tight to No. 3. Drummer Herlin Riley’s album Perpetual Optimism continued to hover near the top of the cart at No. 4, and New York Notes, a new album by Grammy-winning composer/arranger/pianist Alan Broadbent jumped from the No. 27 spot to No. 5.

Rounding out the Top 10 in radio are vocalist Mary Stallings’ Songs Were Made To Sing at No. 6; trombonist Steve Davis’ Correlations at No. 7; trumpeter Tom Harrell’s Infinity at No. 8; saxophonist Joshua Redman’s Come What May at No. 9; and the historical release The Music Never Stops from vocal legend Betty Carter at No. 10.

Check back next week for another update on the jazz charts. Until then, happy listening.

Song of the Day: Bill Evans, “Reflections in D”