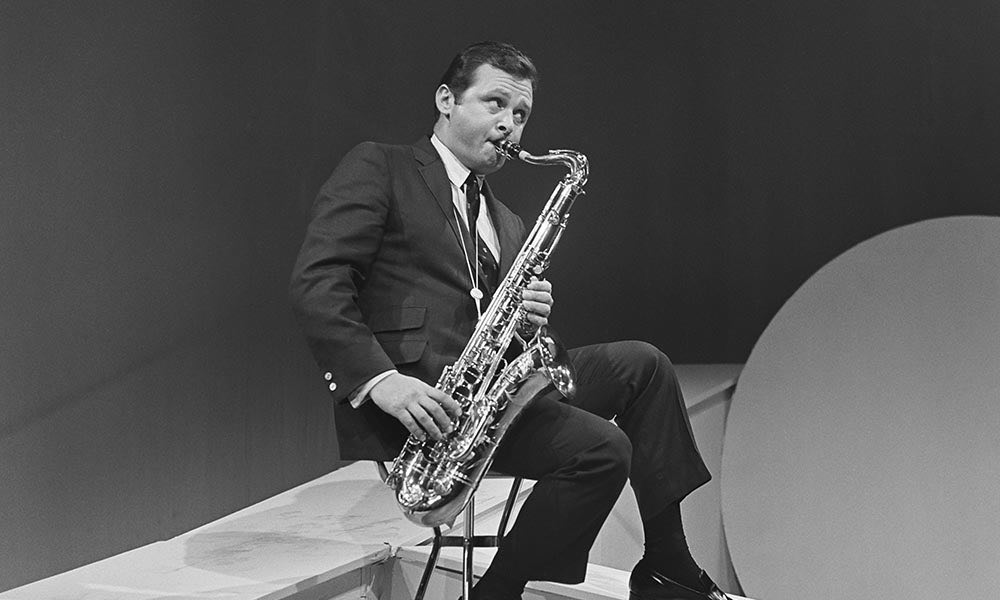 A previously unreleased album by saxophonist Stan Getz made its debut at No. 2 on the Billboard Jazz Chart. (Photo: Lee Tanner)

Jazz listeners were feeling a bit nostalgic in this week’s charts. Over on the Billboard Jazz Chart, a long-lost gem from saxophonist Stan Getz made a triumphant showing in the Top 3, while on the JazzWeek Radio Chart, a tribute to the Golden Age of Hollywood by vocalist Tierney Sutton worked its way into the Top 10.

Though the Billboard No. 1 album, Michael Bublé’s Love, clung tight to the top spot, Getz at the Gate: Live at the Village Gate, a recent historical release from Verve/UMe, made a strong debut at No. 2. The album is a previously unreleased recording of master jazz saxophonist Stan Getz and his quartet — featuring Steve Kuhn, John Neves and Roy Haynes — recorded on November 26, 1961, at New York’s Village Gate. It was professionally recorded with plans for commercial release, but after those plans were scrapped, the tape sat untouched for nearly 60 years. Now that they’re out in the open, they provide a glimpse into a rare facet of Getz’s playing. He’s got a modern and aggressive edge here, and it’s clear he’s pursuing a sound parallel to John Coltrane and other post-bop pioneers. Just a year after this album was recorded, however, Getz would partner with guitarist Charlie Byrd for Jazz Samba, launching the bossa nova boom and guiding the course of Getz’s career for the ensuing years.

Two additional debuts managed to crack the Top 10 in this week’s charts: Elevate, the latest from funk-jazz ensemble Lettuce, arrived at No. 3 and Warsaw Summer Jazz Days ‘98, a deluxe CD+DVD historical release from guitarist Allan Holdsworth, landed at No. 4. Willie Nelson’s Frank Sinatra tribute My Way and Diana Krall and Tony Bennett’s Love Is Here To Stay came in at No. 5 and No. 6, respectively. Another Frank Sinatra tribute, Trisha Yearwood’s Let’s Be Frank, clocked in at No. 7, Esperanza Spalding’s 12 Little Spells slipped a few spots to No. 8 and the fusion duo Pieces of a Dream’s new album On Another Note fell in at No. 9. The previously unissued John Coltrane album Both Directions at Once entered its 51st week on the cart at No. 10.

Very little changed in the JazzWeek Radio chart, with guitarist Dave Stryker sitting comfortably in the No. 1 spot with his jazz-funk album Eight Track III. Other entrants from last week’s chart held tight to their positions: vocalist Mary Stallings’ Songs Were Made To Sing at No. 2; trumpeter Wynton Marsalis’ Bolden (Original Soundtrack) at No. 3; pianist Alan Broadbent’s New York Notes at No. 4; pianist Larry Fuller’s Overjoyed at No. 5; and pianist Eric Reed’s Everybody Gets the Blues at No. 7.

A big surprise came in the form of the Tierney Sutton Band’s new album Screen Play, which lept 13 spots from No. 20 to No. 7. The album is a tribute to film themes ranging from Hollywood’s Golden Age to the present, thoughtfully re-imagined by Sutton and her writing partner, pianist Christian Jacob. It was previously rolled out as a series of EPs, each one corresponding to a different chapter in film history, but was released as a full album on May 17.

Just below, trumpeter Theo Croker made as similarly impressive leap with his new album Star People Nation, surging 11 spots from No. 19 to No. 8. Saxophonist Joshua Redman’s Come What May and trombonist Steve Davis’ Correlations round out the Top 10 at No. 9 and No. 10.

And that does it for this week’s chart update. Check back in next week to see whether your new favorite album made the cut.

JAZZIZ Essentials: A Short History of… “The Girl from Ipanema” (VIDEO)