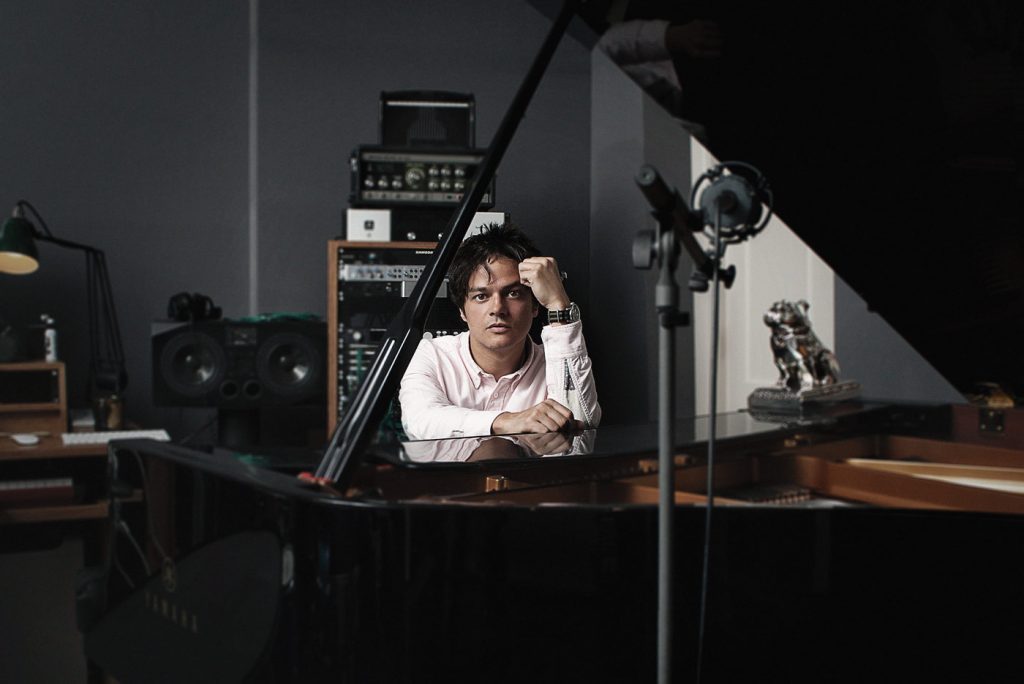 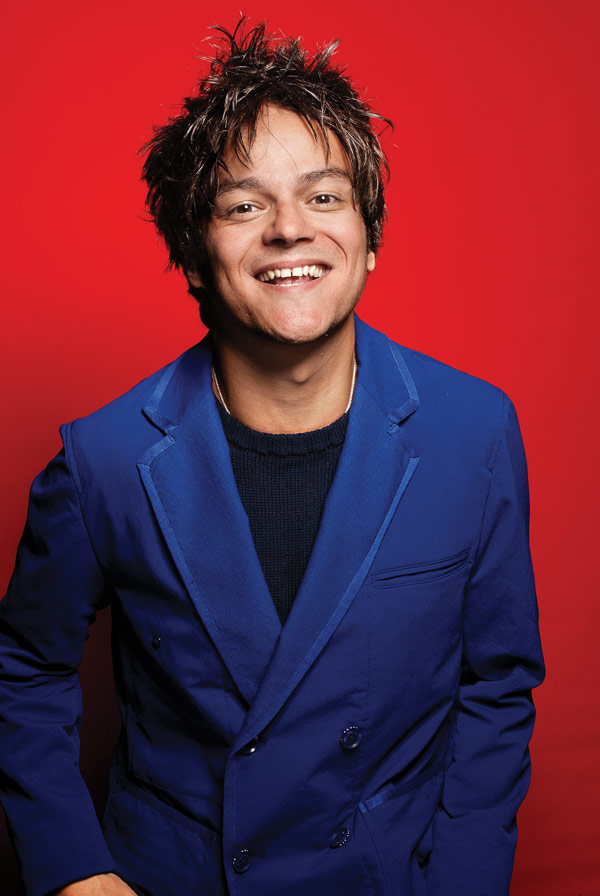 On a recent episode of Jamie Cullum’s hour-long BBC Radio 2 jazz show, which airs every Tuesday night across Britain and is easily streamed Stateside, the charismatic British musician apologizes to his listeners for the racket of road construction and police sirens heard outside of the Greenwich Village apartment where he’s been staying, not far from New York’s Village Vanguard. Since early autumn, the 35-year-old singer, songwriter, multi-instrumentalist and award-winning BBC host has been crisscrossing the Atlantic for short visits in the States, which have lately included monthly gigs at Madison Square Garden, where he knocks out vivacious half-hour sets opening for Billy Joel as the American star continues an impressive string of sold-out concerts.

“It’s really flattering, but it’s not an easy thing to do,” Cullum explained on a late November afternoon, two days before Thanksgiving. He’s camped out in an office at his label, Blue Note Records, three hours away from his second support slot with Joel. “It’s before the show, and everyone’s not necessarily ready for music. They’re getting beer and it’s very much about warming people up. You’ve got three lights, you’re at half the volume, but it is an opportunity to win over new people. There’s a queue of people wanting to do this gig who are far better-known than I am, who would contribute to ticket sales, and it’s a testament to [Joel] that he’s interested in people like me. I’m wholly grateful.” Cullum’s debut with Joel, in early October, pointed to unexpected challenges, notably over-the-top security screening at MSG’s entrance that could rival any airport. Yet what remained of his effusive, athletic set was worth the hassle and — as gauged by an attentive audience of Joel fans who’d shelled out big bucks for seats — warmly received. The aesthetic bridge between Joel’s own bravado and Cullum’s irrepressible verve was palpable too.

Joel’s choice is personal. “[Jamie] is truly a multi-talented musician and songwriter,” he writes via email. “I’ve been following his career and listening to his recorded work for years. I think he is also an adventurous and dynamic live act, and I hoped that people who might come to see me would appreciate his performances, too. There’s no one else like him out there now. And, after all, we piano players need to look out for each other.”

The timing of Joel’s December show offered Cullum the chance to bring his family — wife Sophie Dahl, a writer, and their two young daughters — to Manhattan for a pre-Christmas holiday. He also used that time to record his radio show remotely, as he often does while touring. This particular New York-based broadcast zigzagged from Georgie Fame to Andreya Triana to Ella Fitzgerald, catering to jazz neophytes, modernists and old-school acolytes. A pre-recorded interview with Dr. John, discussing his Louis Armstrong-inspired album, Ske-Dat-De-Dat: The Spirit of Satch, gave Cullum the chance to buoyantly confess to the New Orleans legend, “You cannot imagine the amount of time I’ve spent listening to your records, repeating the same three-second section ’round and ‘round again, trying to work out what-the-hell notes you’re playing!”

It’s Cullum’s knack for effortlessly and unpretentiously juggling the roles of hard-working musician and ardent fan that renders him so appealing on the air. Although he’s one of Britain’s most successful artists bridging pop and jazz — with 2003’s triple-platinum-selling album Twentysomething and a Golden Globe nomination for his song “Grand Torino,” written for Clint Eastwood’s 2008 film of the same name, to his credit — it’s his erudite and enthusiastic hour-long radio show that has elevated Cullum’s influence and impact to an even loftier level. Last year, he won the prestigious Sony Radio Academy Award as Music Broadcaster of the Year, but it was the start of his program, in April 2010, that signaled an intriguing new chapter in Cullum’s life.