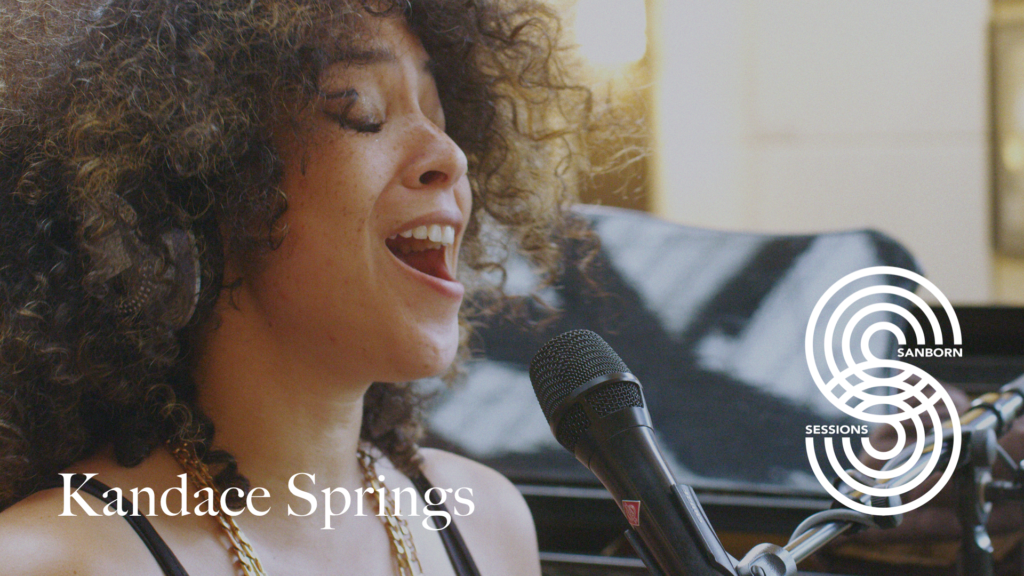 JAZZIZ is proud to partner with six-time GRAMMY Award-winning saxophonist David Sanborn to present Sanborn Sessions, a gathering of top artists from a variety of genres to explore the essence of music and being a musician through song and conversation. With no script or studio audience, Sanborn Sessions allows viewers to become voyeurs — flies on the wall — as renowned artists show up to Dave’s home studio to hang out and play music.

The Sanborn Sessions kick off with the eminently talented vocalist Kandace Springs, whose unique combination of jazz, soul, hip-hop and R&B reflects the musical melting pot of her native Nashville. Springs released her self-titled debut EP on Blue Note Records in 2014, followed by the critically acclaimed Soul Eyes in 2016 and Indigo in 2018. She’s collaborated with musicians from across the musical spectrum, from jazz trumpeter Terence Blanchard to rapper Ghostface Killah. She has even performed on stage with pop icon Prince, who reached out to her on Twitter after hearing her cover of a Sam Smith song online.