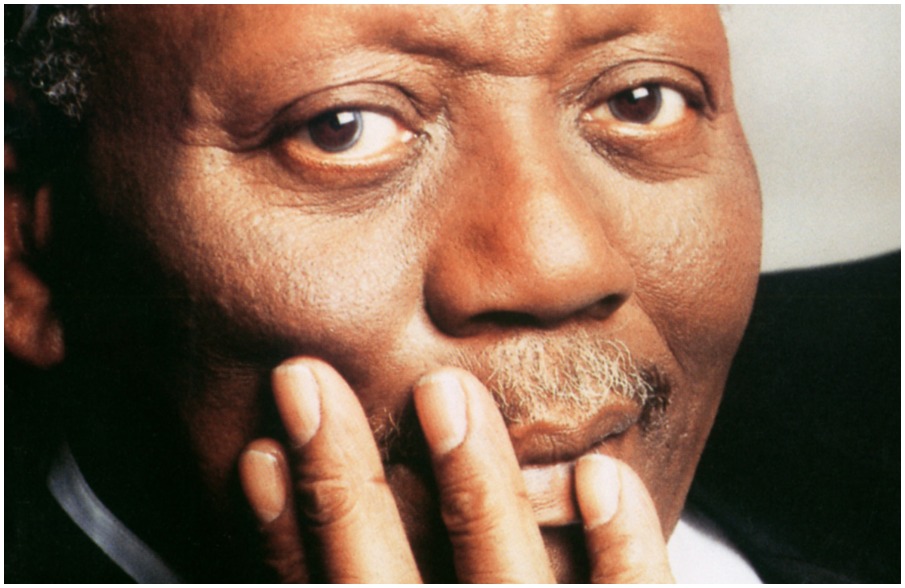 The final days of 2018 offer a moment to reflect on the year in jazz. At JAZZIZ, we take great pleasure in looking back on the wealth of music that was released in months past, which is why we’re only too happy to share with you our annual Best Albums of the Year list and playlists from our final issue of 2018.

But in all things joyous, there is often a kernel of sadness, and it’s now that we pause to remember some of the iconic jazz artists who bid us farewell this year.

In jazz, there is a strong tradition of commemorating a departed musician’s life not in sorrow but in song. It’s a way of celebrating the artist’s lasting contribution to the music, not the cessation of his or her work. In that spirit, we remember those we lost in 2018 through the music they so nobly left behind.

A prolific studio vocalist during the ’60s and ’70s (famous for her rendition of the Campbell Soup “Mm, Mm, Good” jingle), Marlene VerPlanck led a luminous career as a jazz singer specializing in the Great American Songbook and the popular music of jazz’s Golden Age.

This figurehead of South African jazz drew from a variety of sources — traditional African folk music, jazz, rhythm & blues and more — to create music that touched hearts and enlightened minds. His art stood as an important voice against the apartheid politics of his home country.

An early free-jazz pioneer, pianist Cecil Taylor was one of the first musicians to use jazz as a vehicle for achieving a more abstract, more liberated form of artistic expression. His solo improvisations had the fervid energy of a classical symphony and the mystique of interpretive dance.

The acclaimed vocalist, well known for his version of “I’m Just a Bill,” was an influential member of the ’50s and ’60s New York jazz scene, sharing the stage with such luminaries as Miles Davis and Blossom Dearie.

Lorraine Gordon became the proprietor of the Village Vanguard, New York’s most esteemed jazz venue, in 1989 after the death of her husband, Max. A lifelong jazz lover, Gordon upheld the club’s legacy as the “Camelot of jazz rooms.” For her dedication to the art form, she was granted an NEA Jazz Masters Award in 2013.

Blessed with a smooth yet luminescent tone, trombonist Bill Watrous was an integral part of the 1970s big band scene. In addition to occupying trombone seats in bands led by Maynard Ferguson, Frank Sinatra and Quincy Jones, he was also captivating bandleader with over 20 albums to his name.

Initially a leading figure in Polish jazz, trumpeter Tomasz Stanko became a world sensation courtesy of his lyrical, tenderhearted work with Jack DeJohnette, Dave Holland, Cecil Taylor and other masters of the avant-garde. As a bandleader, he received accolades for his ruminative melodic approach and clean, delicate tone.

With her unique blend of gospel sensibility and R&B ethos, Aretha Franklin helped pave the way for the development of soul and Motown in the 1960s and ‘70s. A string of hits from that era —  namely “(You Make Me Feel Like) A Natural Woman,” “Chain of Fools” and “Think” — would come to serve as the soundtrack for the mid-century feminist movement in America.

An NEA Jazz Master and composer of such standards as “Hi-Fly” and “Little Niles,” pianist Randy Weston left behind a trove of music that extends to nearly every corner of the jazz idiom, with early recordings that fit squarely into the Great American Songbook canon and later albums that incorporate African folk elements and contemporary American funk.

A progenitor of New York’s “hard salsa” scene, Bronx-based trumpeter Jerry Gonzalez and his Fort Apache band helped build inseparable bonds between contemporary Latin music and jazz during the ’80s and ’90s. The ensemble, which he co-founded and led, became a launching pad for Latin jazz artists of the era.

By straddling the line between traditional jazz and the avant-garde, baritone saxophonist Hamiet Blueitt introduced a generation of jazz fans to the phenomenon of free improvisation. His World Saxophone Quartet, which he co-founded in 1977, stood as one of the most important woodwind ensembles in jazz.

A disciple of John Coltrane, saxophonist Sonny Fortune became a prominent voice in jazz as a collaborator of Trane’s former bandmates Elvin Jones, Reggie Workman and McCoy Tyner. But his unique identity on the horn made him a musical force to be reckoned with all his own, and his career spanned genres from bebop to free-jazz and beyond.

Trumpeter Roy Hargrove was an immensely skilled trumpeter whose melodic, groove-centric style bridged a divide between straightahead jazz, hip-hop and R&B. He made it his mission to develop a musical language that would usher in jazz’s future, which meant embracing the sounds of contemporary American pop.

Vocalist Nancy Wilson’s supple voice, natural ability as a storyteller and willingness to cross musical boundaries made her a sensation in the jazz and pop worlds. And for her work as an activist and philanthropist, she was inducted into the International Civil Rights Hall of Fame in 2005.

There are, unfortunately, a handful of other names that could have been added to this lift, and to those artists, we offer our profound appreciation. As with the musicians above — and as with every creative person who turns imagination into reality — we are better for having enjoyed their art.