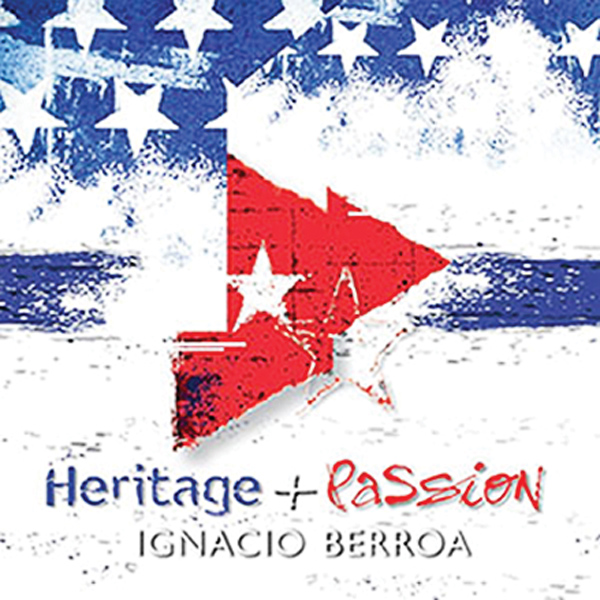 Heritage and Passion is drummer Ignacio Berroa’s unabashed love letter to both his native country, Cuba, and to his home of choice, the United States. Despite a busy career as a sideman with the likes of Dizzy Gillespie, Charlie Haden and McCoy Tyner, this is only Berroa’s second recording as a leader — following his 2006 Blue Note release Codes — since he first arrived in the States in 1980.

Heritage and Passion plays like Codes Part 2. Once again, Gonzalo Rubalcaba serves as producer, and contributes piano and synthesizer, as well. The album’s even structured around similar choices, including selections from the traditional Cuban songbook, a couple of jazz standards, a nod to Chick Corea, some original tunes and a salute to Brazilian music.

Berroa’s musical intelligence and taste on these small-ensemble works are obvious. He drives relentlessly yet remains a smart colorist, as on the opening “When Will the Blues Leave/Vine Pa’echar Candela.” With similar ease, Berroa provides elegant accompaniment on ballads such as his own “Laura’s Waltz” or Aldir Blanc’s “Altos e Baixos,” and turns Ignacio Piñeiro´s “La Perla del Eden” into a driving post-bop tune. Then, just as naturally, he transforms Corea’s “Cuartetos” into a Havana-backyard rumba, with beautiful contributions from pianist Luis Perdomo.

However, the album is less than the sum of its moments. Partly to blame, the overall presentation comes across as a stylistic sampler. Other problems stem from choices in arrangements and performances. For example, the loud, frantic approaches to “Evidence” and “Nardis” rob them of their mystery. Moreover, although Perdomo is a consistent standout, other soloists are less compelling. Rubalcaba offers pale contributions then wastes his considerable talents on outdated synthesizers. Saxophonist Mark Shim’s use of the toylike MIDI controller is equally annoying. And while guitarist Adam Rogers shines on “Altos e Baixos,” he otherwise takes his turns dutifully, without leaving a mark.

Berroa, an excellent musician, is more interesting as a sideman than as a leader. And there’s no shame in that. He’s not the first, and he won’t be the last. —Fernando Gonzalez