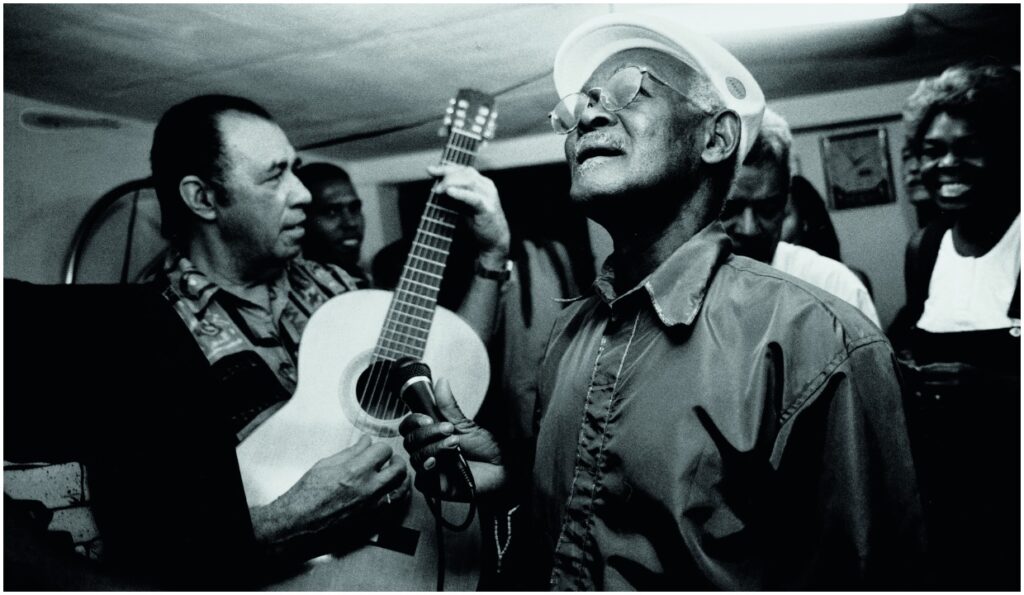 This version was remixed and remastered by producer Ry Cooder and presents four previously unheard tracks from the original recording sessions. One of these is a take on “Ojos Malvados,” an elegant bolero composed by Cristina Saladrigas, one of the few women in the early days of traditional Cuban “trova.”

You can listen to “Ojos Malvados” exclusively via the player below.

Hailed at the time of its original release in 2003 for its varied repertoire, Buenos Hermanos marked Ferrer’s follow-up to his first solo album, 1999’s Buena Vista Social Club Presents Ibrahim Ferrer. It not only strengthened Ferrer’s status as an international superstar but also seemed to take traditional Cuban music right into the 21st century with its energy and modern sounds.

“It’s better than ever, if I may say,” comments Cooder on the new mixes via a press release. “We went back into the session tapes and found songs that were overlooked for some reason, and you’re going to be as thrilled as I am. We’ve really polished it up and improved it and expanded it, it sounds almost brand new. There’s one thing for sure: we need something good, something beautiful in these days and times.”

The new special reissue edition of Buenos Hermanos will be released on February 28 with a refreshed cover artwork featuring an alternative photograph from the original album shoot by Christien Jaspars. Along with digital formats, the release will be available as a CD casebound book and 180 heavyweight vinyl, with both packages including English and Spanish lyrics, plus a new foreword by Cooder.