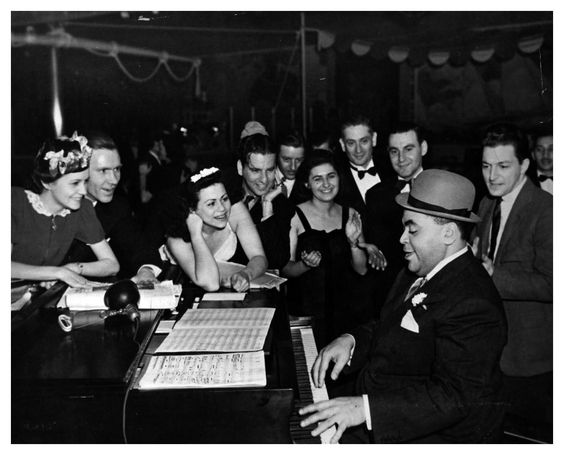 Despite it being one of his best known compositions, Fats Waller was not particularly impressed by his 1929 song “Honeysuckle Rose.” In his book The Jazz Standards: A Guide to the Repertoire, Ted Gioia writes that Waller “had seen this tune as a negligible item, a soft-shoe piece for Load of Coal, a 1929 revue at Harlem’s Connie’s Inn.”

The lyrics by Andy Razaf certainly made it palatable during the 1930’s, when it was adopted by most of the jazz bands of the decade – from McKinney’s Cotton Pickers to the Fletcher Henderson Orchestra. The latter recorded a memorable version with saxophonist Coleman Hawkins.

It even served as the base for Charlie Parker’s “Scrapple from the Apple” during the bebop era. Since its popularization, the song has served as a brilliant showcase for the interpretative skills of such vocalists as Mildred Bailey and Anita O’Day.

Yet, it was ultimately Waller himself who was most creative with it. The book Thomas Wright “Fats” Waller: Performances in Transcription, 1927-1943, states that he performed it on the piano numerous times, that thirteen of his performances of the song were known to have survived and that “none of the recorded performances resembles any of the others.”

Here’s an early music video, directed by Warren Murphy in 1941, of one of Waller’s “lighter” renditions of “Honeysuckle Rose.”

Fats Waller – “A Handful of Keys”