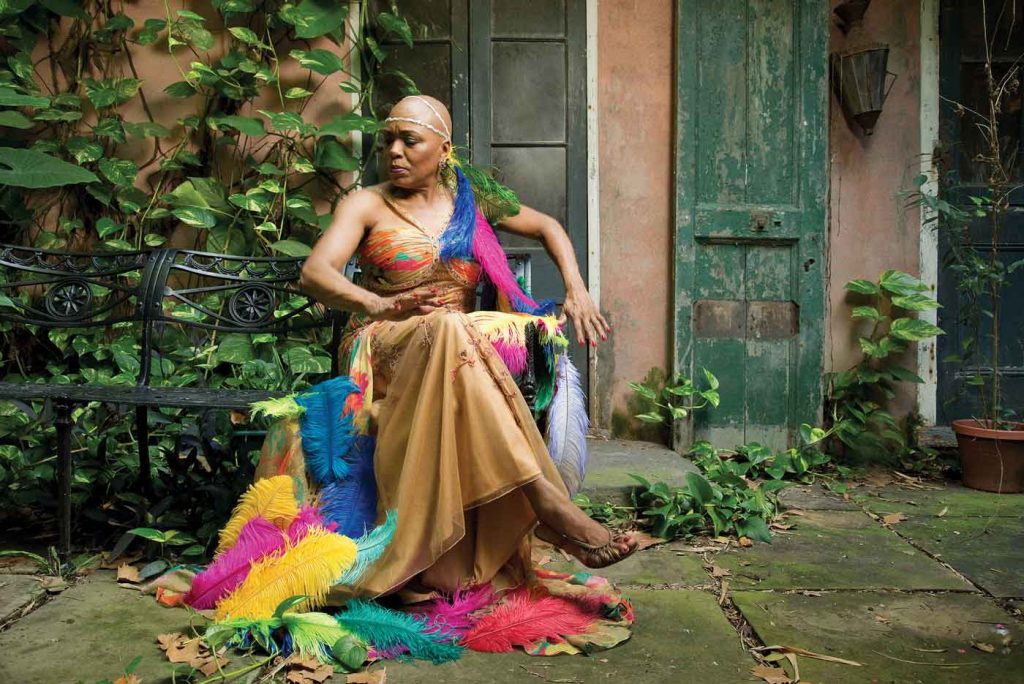 For Dee Dee Bridgewater, there’s no place like New Orleans.

It’s a midweek late afternoon in Los Angeles and Dee Dee Bridgewater has collapsed onto her sofa. Ellen DeGeneres is on the TV, and Ayo, Bridgewater’s lap dog (who is frequently seen in dressing rooms around the world, since she travels almost everywhere with the singer) has found a comfortable spot to relax along with her owner. Bridgewater has spent much of the afternoon talking with various people about her new album, Dee Dee’s Feathers, an unabashed love letter to New Orleans. But she’ll squeeze in one more interview — and, because she and I have known each other for the better part of 25 years, she’ll let her hair down while she does.

“I lose my mind when I go to New Orleans,” she admits. “I just go wacko. I always have a lot to drink, and then I bogart on stages; I just jump on stage and start to sing. I become a kind of party animal. I do private galas after my regular show. I did a lap dance on my husband once in New Orleans, at a wine tasting; we got sloshed. I get very uninhibited.” This from a woman not exactly known for her strait-laced demeanor or shrinking onstage persona.

Bridgewater has made plenty of thematic albums. In fact, it’s the rare disc on which she does not shape the material toward a central conceit. She dug into the Horace Silver songbook for her 1995 gem Love And Peace, and the next year covered music by Duke Ellington on Prelude To a Kiss. She updated Kurt Weill’s compositions with brilliant audacity on This Is New (2002), and limned her own African roots on 2007’s Red Earth: A Malian Journey. 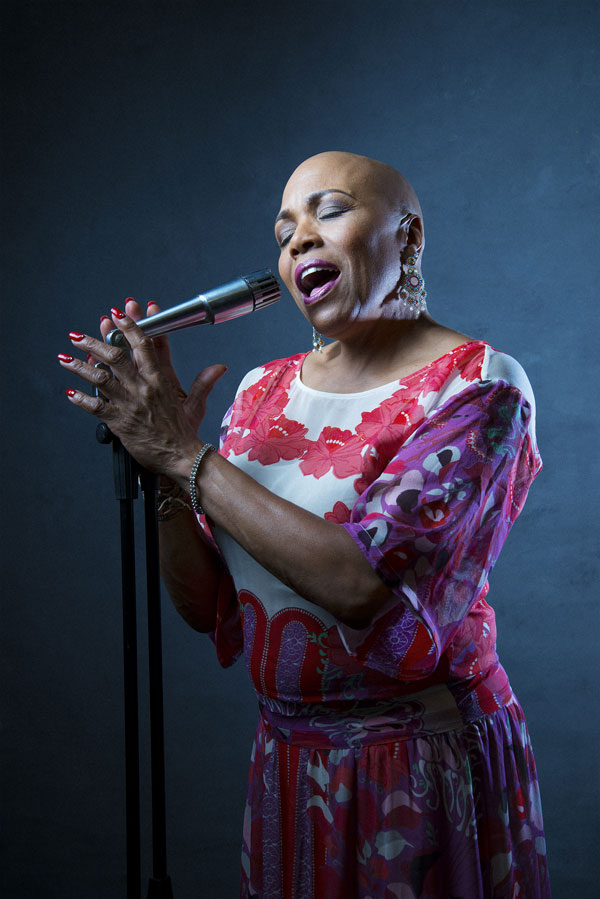 But Dee Dee’s Feathers (OKeh/Sony Music/DDB Records), recorded in collaboration with trumpeter Irvin Mayfield and his New Orleans Jazz Orchestra, marks the first time Bridgewater has offered homage to a particular city. Throughout the album, her feathers are colorfully and fully arrayed, her protean interpretative skills on full display. (She enjoyed a secondary career as an actress in musicals during the 1970s and ’80s, winning a Tony Award in 1975 for her star turn as Glinda in the original Broadway production of The Wiz.) She offers full-bore renditions of classics — “St. James Infirmary,” Professor Longhair’s rollicking “Big Chief,” even “House of the Rising Sun” — as well as several original compositions that convey the gritty glamour of the Crescent City. On the flirty “One Fine Thing,” written by native son Harry Connick Jr., she rides herd on the big band, getting bluesy and down-low before scatting a solo that Mayfield — who solos next — needs all his tricks to match. She insinuates herself into the band’s horn textures on Hoagy Carmichael’s “New Orleans” and infiltrates the rhythm arrangements of “Congo Square” and the title track, which similarly draws its inspiration from that landmark. And while it’s tempting to deem the inclusion of “Do You Know What It Means (To Miss New Orleans)” a regrettable cliché, Bridgewater and Mayfield have simmered up a mid-tempo, neo-soul beat that retains the emotion but strips away the sentimentality.