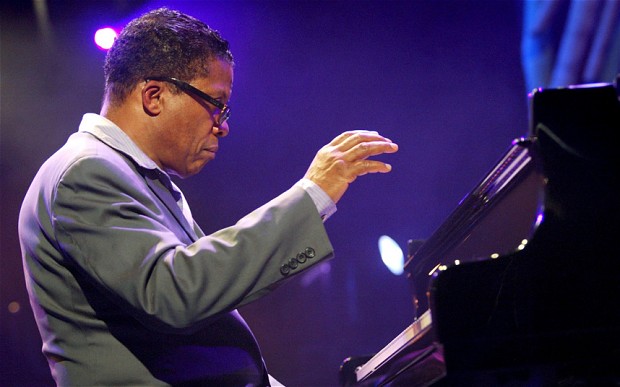 Herbie Hancock has been added to the list of performers who will be playing at the 50th Montreux Jazz Festival.

The pianist and composer will take to the stage at the Auditorium Stravinski on the July 3, just after the trio Scofield Mehldau Guiliana and the performance by John Mclaughlin and the 4th Dimension. This will be Hancock’s 37th time playing at Montreux, making him the artist who has been invited the most times at the festival.

In addition, Montreux has also announced the full line-up of a concert event presented by Quincy Jones on July 8.

Jones will orchestrate a soirée celebrating the 50th anniversary of the festival, which will feature veteran music artists alongside talented newcomers. The line-up will include vocalists Al Jarreau and Patti Austin, pianists Jon Batiste and Alfredo Rodriguez, multi-instrumentalist Jacob Collier and saxophonist Pepe Lienhard. The latter will be at the head of his Big Band, which has notably played with the likes of Frank Sinatra, Shirley Bassey and Sammy Davis Jr. Also featured on the night will be Jones’ daughter, Rashida Jones, and Sunny Levine, his grandson.

The 50th Montreux Jazz Festival runs from the 1st to the 16th of July. For more information, go to http://montreuxjazz.com/