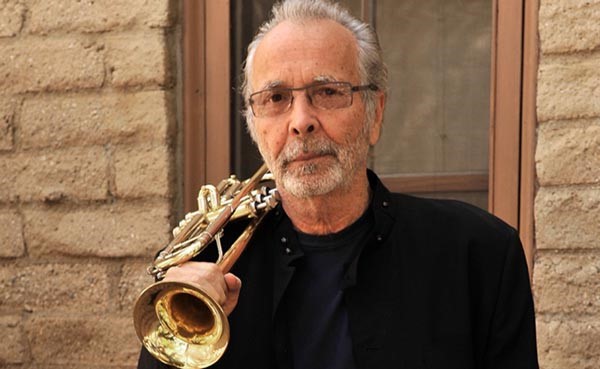 Herb Alpert is one of the most accomplished figures in American music history.

A 2006 Rock and Roll Hall of Fame inductee, Alpert’s albums have sold over 72 million copies and 29 of his albums have reached the Billboard 200. In the past two years alone, he won his ninth GRAMMY with his 2013 record Steppin’ Out and received the National Medal of Arts from President Obama.

On top of his illustrious career as a recording artist, he mentored generations of pop icons from The Carpenters and Cat Stevens to Sting and Janet Jackson.

Now, in 2015 at the age of 80, he shows no sign of slowing down, as we get closer to the September 25 release of his latest album Come Fly With Me, which is said to contain some of his finest recordings since his groundbreaking work with his Tijuana Brass.

Come Fly With Me features seven new compositions, from Tito Puente rhythms to reggae-infused melodies. It also features a number of interpretations of some of the most indelible melodies from the 20th century – such as the famous title track made popular by Frank Sinatra, and “Something” by George Harrison, which was featured in Abbey Road by The Beatles.

All this makes for a riveting and exciting mixture of musical influences, inventive arrangements and lush orchestrations.

In addition to the release of Come Fly With Me, Herb and his band will be on tour through January, including dates at the Smother Theatre in Los Angeles on September 25th and City Winery in Chicago on October 1st.