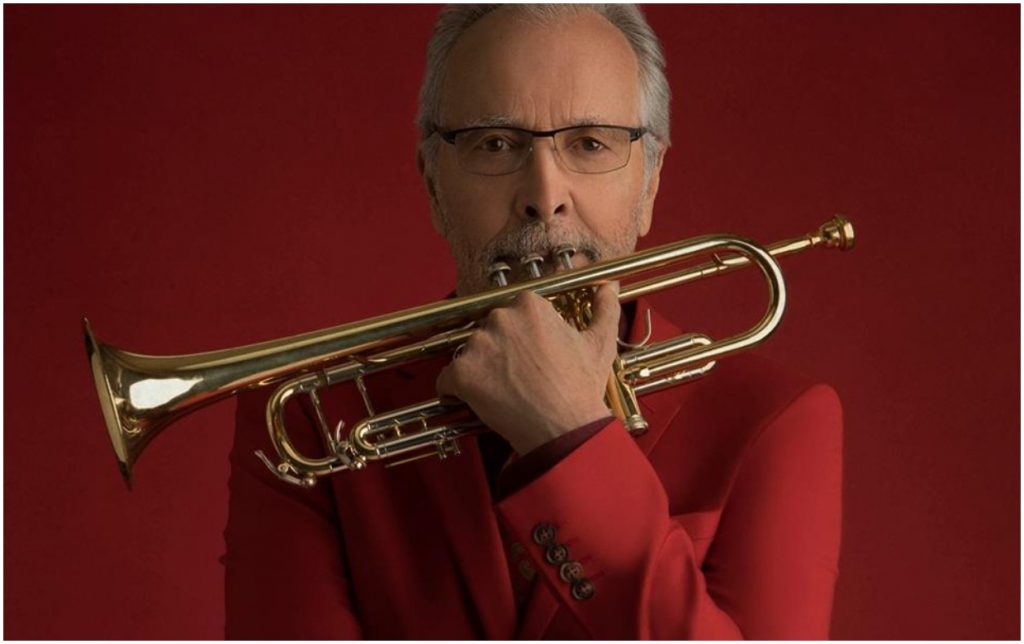 Herb Alpert is a Grammy award-winning music icon and a man of many talents. Best known for as the leader of the incendiary Tijuana Brass band, co-founder of A&E Records and for his work with such artists as Joe Cocker, Cat Stevens and The Carpenters, among many others, he is also an acclaimed painter and sculptor. In fact, he started painting in 1969, sculpting in the early ’80s, and has been experimenting with different styles and materials ever since, earning his first solo exhibition in Los Angeles in 1989.

From October 11 through November 2, the Heather James Fine Art gallery of New York will present over a dozen of his abstract paintings and a few small-scale bronze sculptures in an exhibition titled Herb Alpert: A Visual Melody. In its 22-year history, the Heather James Fine Art has expanded into a global network and each of its galleries presents an array of museum quality exhibitions exploring historical and contemporary themes, or examine the work of individual influential artists. “To have my work exhibited at a world-class gallery like Heather James is exciting,” says Alpert in an official statement.

Alpert’s paintings and sculptures have been exhibited in museums, galleries and art fairs throughout the United States and Europe, in such prestigious places as the Pasadena Museum of California Art, Art Cologne and Art Basel. Some of his works are part of the permanent collections of many museums, including the Modern Museum of Contemporary Art, Los Angeles. In addition, his well-known towering totem poles have been displayed in New York City and Santa Monica, California, among other locales.

Alpert, who received the National Medal of Arts Award presented at the White House by President Barack Obama in 2013, has said: “For art to appear, the artist must disappear. When I paint or sculpt I don’t have anything in mind. I don’t have a goal other than form. I’m looking for that form that touches me and when I find it… I stop.”