Louis Armstrong Educational Foundation Celebrates 50th Anniversary: The Louis Armstrong Educational Foundation (LAEF), founded and funded by Louis and Lucille Armstrong in 1969 to “give back to the world some of the goodness he received,” announced three days of celebration in honor of the organization’s 50th anniversary. The celebrations will take place at a number of venues across New York on October 16-18 and will include the Annual Louis Armstrong Continuum Symposium and Concert and the Annual Satchmo Award, with a special Lifetime Achievement to the LAEF board president Stanley Crouch. The 2019 Satchmo Award will be presented to pianist/composer Dick Hyman in honor of his important and lasting contribution to the world of jazz education. 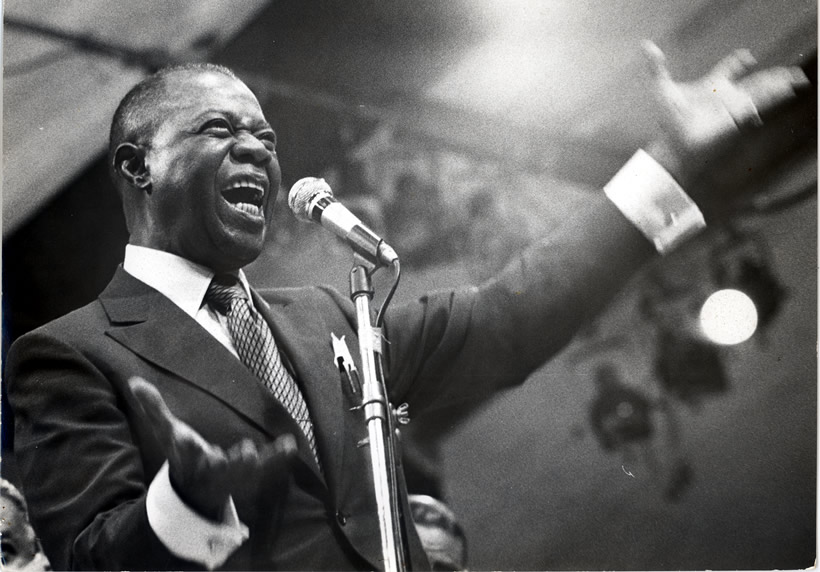 UCLA Herb Alpert School of Music Announces Fall 2019 Season: The UCLA Herb Alpert School of Music of Los Angeles, California, has announced the program for its Fall 2019 season. Among the events is the world premiere of “Juana” presented by Opera UCLA, a Jazzical Celebration for Professor Emeritus Gary Gray, and the Annual UCLA Big Band Concert honoring the life and works of Hermann Leopoldi, who was one of the pre-eminent composers of early jazz-influenced Viennese Cabaret music. All programs are open to the public and most programs are free.

George Garzone to Lead Berklee Global Jazz Ambassadors Concert: Saxophonist George Garzone will lead the Berklee Jazz Ambassadors – a sextet of international graduate students from the Berklee Global Jazz Institute – in a program of his own music titled The World of Garzone on October 7 at Boston’s Café 939. Garzone is one of the founding professors of the Berklee Global Jazz Institute and the sextet includes Faris Ishaq from Palestine on Arabic flute, Matt Stubbs from the U.S. on clarinet, Milena Casado from Spain on flugelhorn and trumpet, Anastassiya Petrova from Kazakhstan on piano, Noam Tanzer from Israel on bass, and Ilya Blash from Russia on drums.

Katherine Penfold Shares New Video: Singer/songwriter Katherine Penfold shared the video for “Unapologetic” from her album, Sweetest Thing, out today, October 4. The song is about stepping up and not hiding anymore. Penfold explains via a statement that she co-wrote the lyrics with her friend, songwriter Tiggi Hawke, via Skype, and credits her for helping her open up more than she would have otherwise about her own experience with depression and anxiety. “My hope is that people listening to this song (no matter what they’re struggling with) might be able to gain some strength in hearing they’re not alone and we’re changing the world together, one moment at a time,” Penfold says.

Herb Alpert’s New Album Debuts at #1 on Billboard’s Contemporary Jazz Chart: Legendary trumpeter Herb Alpert’s latest album, Over the Rainbow, debuted at #1 on the Billboard Contemporary Jazz chart last week. The LP, which opens with the brand new original lead single “Skinny Dip” (which you can listen to via the player below) and features 11 covers of timeless compositions by other artists, is the first #1 album that Alpert has had since the release of his Music, Vol. 1 on the Billboard Contemporary Jazz Chart in 2017. We featured Over the Rainbow on our list of ten new jazz albums that you need to know for September 2019.

JALC Orchestra with Wynton Marsalis to Release New Festive Album: The Jazz at Lincoln Center Orchestra with Wynton Marsalis is releasing Big Band Holidays II. This is a collection of the Orchestra’s elective performances of festive hits, and it is a follow-up to their beloved Big Band Holidays release from 2015. Among its tracks is a never-before-released version of “O Tannenbaum” featuring the legendary Aretha Franklin. Big Band Holidays II will be available on all digital platforms on October 25, 2019, in stores as a CD on November 8, 2019, and available on 2xLP audiophile vinyl later in the holiday season.

New Miles Davis Doc to Screen in London: The documentary Miles Davis: Birth of the Cool will be screening as part of the 2019 BFI London Film Festival on October 10 and 12. The film is directed by Nicole London and Stanley Nelson, and swings through five decades of the trumpet legend’s life and work with plenty of music, archival material and contributions by authoritative interviewees, including several collaborators and ex-lovers. The filmmakers are expected to attend the festival and participate in a post-screening Q&A session.

Guinness Cork Jazz Festival Announces 2019 Program: The 42nd edition of the Guinness Cork Jazz Festival, one of the biggest and longest-running events on the Irish music calendar, will take place in Cork, Ireland, on October 24-28. This year’s festival will host a fantastic array of top international headline jazz acts, including Martha Reeves & The Vandellas, Kurt Elling, The Big Brass Band Explosion, Dr. Linley Hamilton Quintet, Fred Hersch Trio, Mica Paris and Spyro Gyra. There will also be a great line-up at the Metropole Festival Club, with an exciting fringe program of free gigs and entertainment in over 70 venues across the city.

Harmony, the result of a commission from FreshGrass Music Festival, marks guitarist/composer Bill Frisell’s debut as a leader for the legendary Blue Note label. The album is produced by longtime collaborator Lee Townsend, and it finds Frisell leading a new, wholly distinctive drumless quartet made up of Petra Haden on vocals, Hank Roberts on cello and voice, and Luke Bergman on guitars, bass and voice. Together, they perform new compositions, imaginatively reworked music from Frisell’s own catalog and typically sharp selections of jazz and Americana staples. The result brims with the thoughtful beauty and evocative patience that have long characterized Frisell’s playing.

Legendary pianist/composer Chick Corea likens the experience of playing with fellow jazz greats, bassist Christian McBride and drummer Brian Blade, to “taking a stroll down the street and having a casual conversation.” Such is the level of familiarity shared between the three, who made their debut as a trio on the acclaimed 2014 record Trilogy, which immediately established them as one of the best groups of Corea’s unparalleled career. Now, they return for a second full-length outing titled Trilogy 2, which collects a number of energetic live performances culled from their recent world tour. The program features renditions of jazz standards, modern classics and favorites from Corea’s remarkable catalog.

Spectrum is the second solo album by electrifying Japanese pianist/composer Hiromi. It follows her previous full-length solo piano effort, 2009’s Place to Be, and serves as wonderful documentation of the evolution of her musical maturity. “The sound of a pianist changes with age and with every experience in life … When I recorded Place to Be, my goal was recording the sound of my 20s,” she explains via a press release. “Now, I wanted to record the sound of my 30s.” She does this by interpreting originals and composition of artists such as John Coltrane, The Who, Charles Chaplin and more, offering a showcase of her rich panorama of sounds in the process.