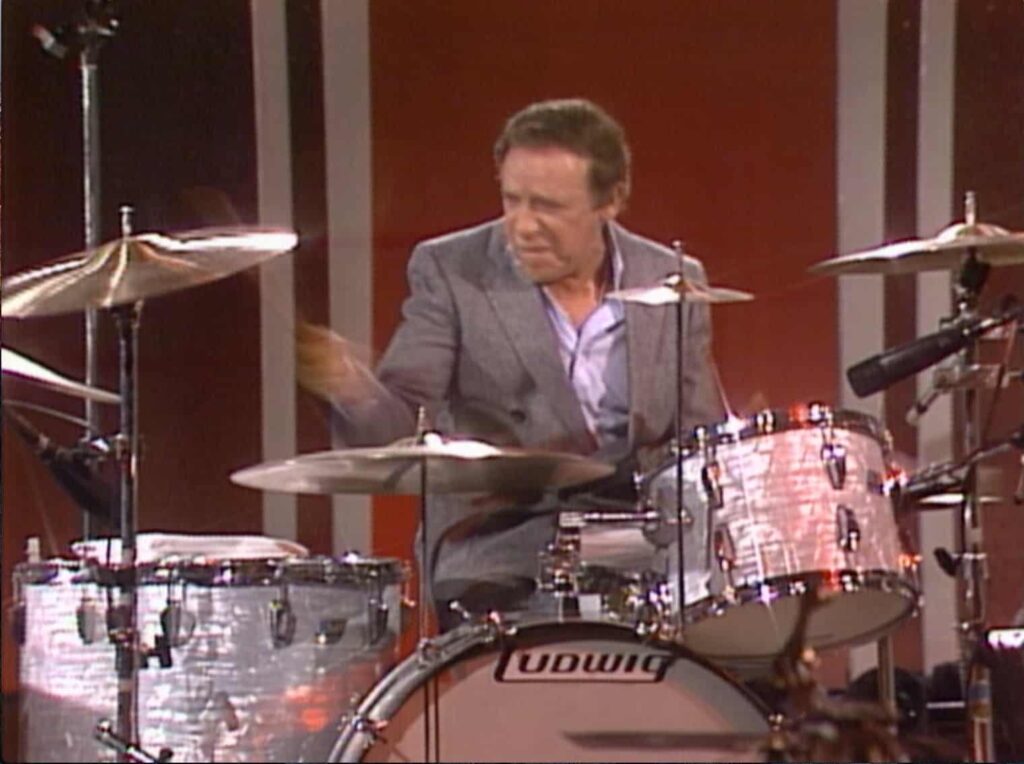 Over the weekend, Gearbox Records and the Buddy Rich Estate announced the forthcoming release of the last-ever recording of American drumming legend Buddy Rich. Titled Just In Time: The Final Recording, the album will be released on December 6, just in time for the holidays. The recording was taken in 1986 at Ronnie Scott’s Club, London and features Buddy Rich, Cathy Rich, Matt Harris, Rob Amster and many more. Aside from the historical importance of this recording, it also comes with a personal touch: Rich’s daughter, Cathy, wrote the liner notes.

Today, we’re proud to present you with “sneak listen” of this exciting new project. This uptempo version of the classic composition “Wind Machine” is the first single from Just In Time: The Final Recording. It’s peak Rich: full of swing, bristling with energy and faster than a speeding bullet. (What? Have you ever seen Superman and Buddy Rich in the same room?!)