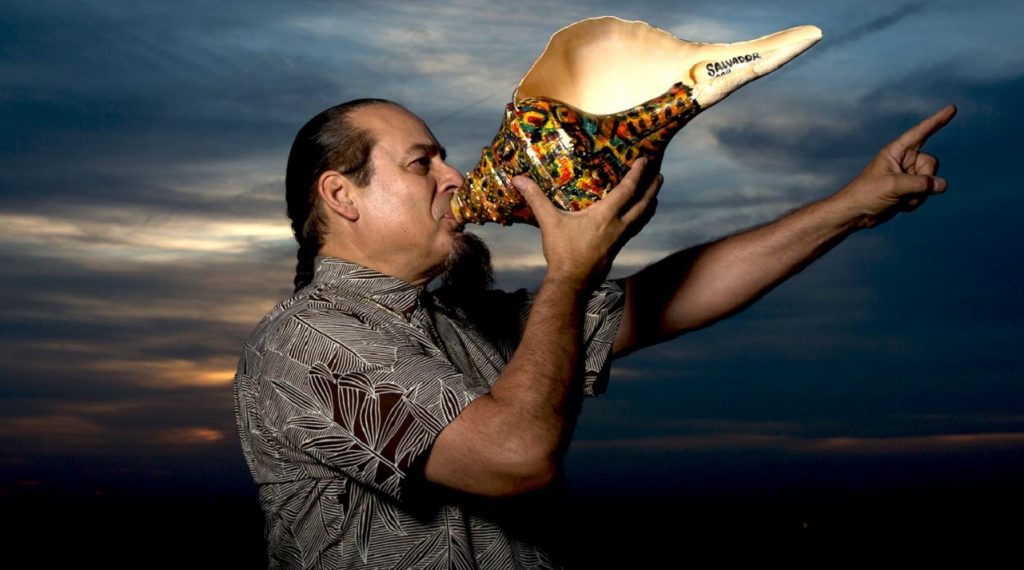 Trombonist Steve Turre is an acknowledged master of the jazz conch shell. He first learned of the instrument (and its application in jazz) from his mentor, the multi-reedist Rahsaan Roland Kirk, and later deepened his fascination during a subsequent trip to Mexico, when he discovered from relatives that his ancestors had long played shells in their native culture. Since then, Turre has incorporated shells into his diverse musical style, often to startling effect. Curious just how musical a conch shell can be? Here’s Turre playing “Sanctified Shells,” the title track from his acclaimed 1993 recording. That’s a trombone in the lead voice, with Turre’s calm, tender shells filling in the background. Who knew the sea could sound so bluesy?

Song of the Day: Steve Turre – “The Very Thought of You”

Steve Turre – “The Very Thought of You”