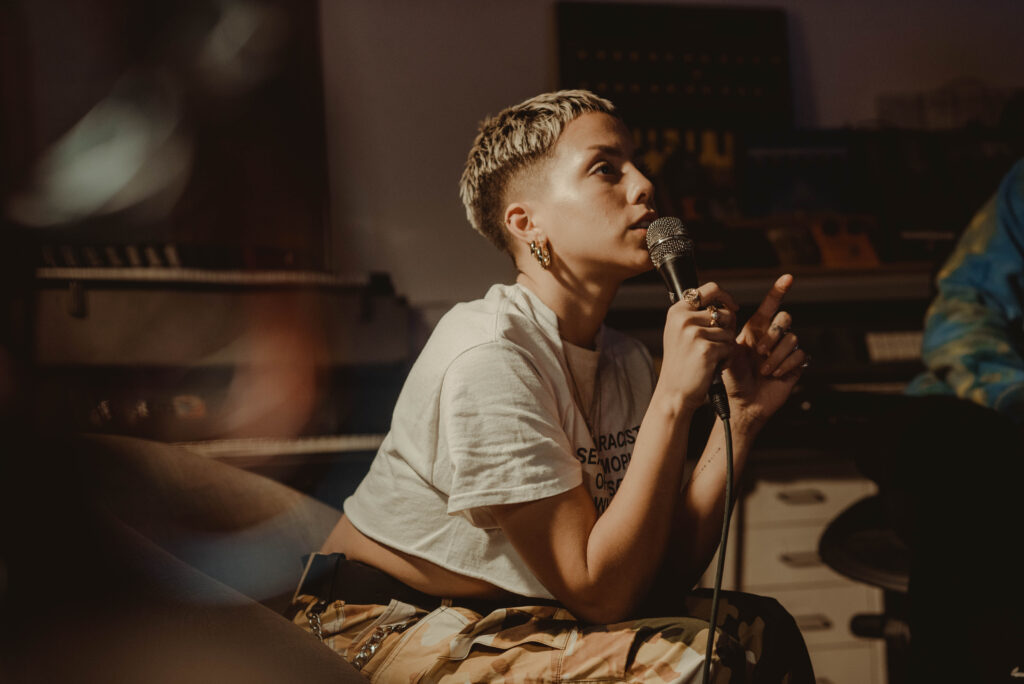 There’s a phrase pianist Herbie Hancock likes to use in addressing his global audience each year on International Jazz Day: “Jazz is a universal language.” He’s absolutely right, of course, and yet one thing that keeps jazz fresh and evolving is when artists speak that language with a dialect all their own. That concept— of musicians putting their own local spin on a global phenomenon — is at the heart of the Blue Note Re:imagined project, a forthcoming collection of classic Blue Note tracks reworked by a selection of the U.K. scene’s most exciting young talents. The album is due out September 25 on Blue Note/Decca.

Hancock has a long and rich history with the Blue Note label, and his extensive discography provides ample fare for today’s top British talent to re-interpret. Enter rising U.K. neo-soul star Poppy Ajudha, who today released “Watermelon Man (Under The Sun).”  It’s a fresh take on Herbie Hancock’s “Watermelon Man,” which the legendary pianist first recorded for Blue Note Records on his debut album Takin’ Off in 1962, and later revisited on his 1973 jazz-funk classic Head Hunters. The song is the fourth single to be revealed from Blue Note Re:imagined series. Previous singles include Skinny Pelembe’s take on Andrew Hill’s “Illusion,” Ezra Collective’s cover of Wayne Shorter’s “Footprints,” and Jorja Smith’s rework of St Germain’s “Rose Rouge.”

Ajudha’s version balances the song’s original groove with a renewed perspective that takes into account the historic role of pushcart salesmen in the Black community. “I based the lyrics on my research of Watermelon Men in America,” said Ajudha, “aiming to capture what it may have been like to be a black man in America at that time – newly emancipated but still heavily oppressed – and the race relations that had brought him to this point. I wanted to broaden the concept of the Watermelon Man to the way that black people in the US and UK throughout history have been denied an understanding of where they came from and the truth of a violent history within the western world. It feels ever more relevant today with the BLM movement coming to the forefront of our lives and was an important direction for me to take the song in.”

Ajudha, hailing from South East London, is one of the U.K.’s most promising crossover R&B artists, having collaborated with the likes of Tom Misch, Yussef Dayes, Nubya Garcia, Mahalia, and Gilles Peterson. She was named the Soul Act Of The Year at 2019 Jazz FM Awards and has received acclaim from President Barack Obama, who named her song “Disco Yes” as one of his favorite tracks of the year.

Blue Note Re:imagined will be released September 25 on Blue Note/Decca, and is available for pre-order now on vinyl, CD, and digital formats.