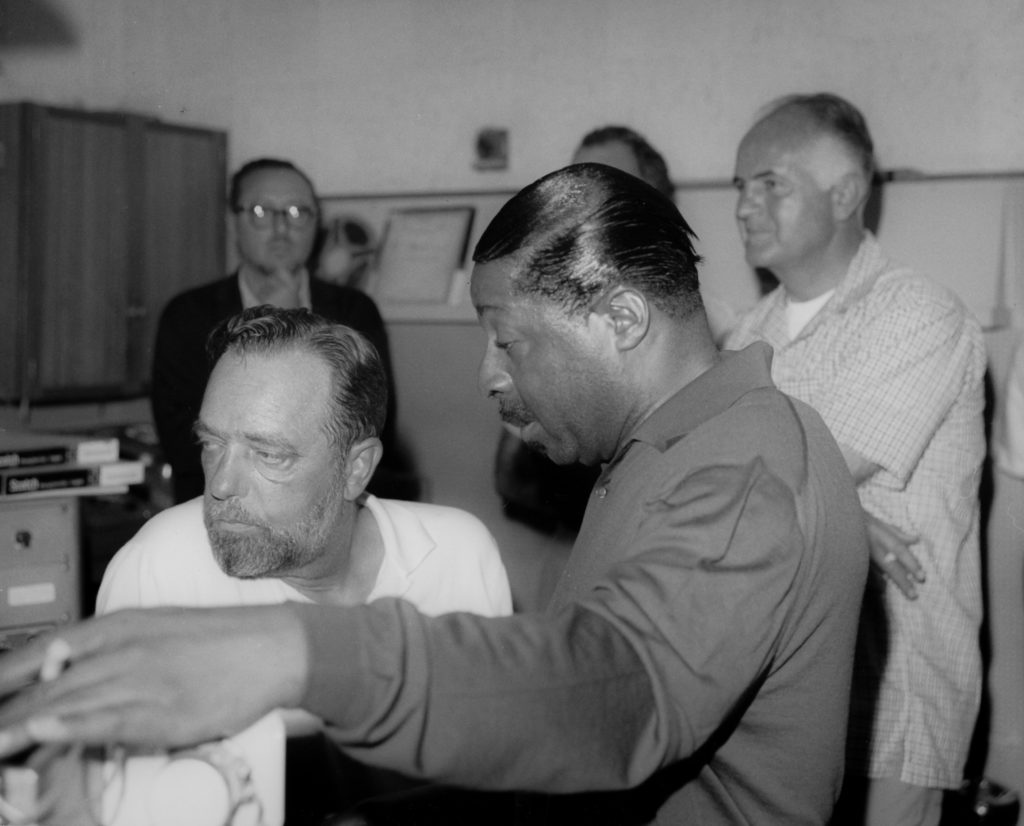 Pianist Erroll Garner’s legacy may well forever rest on a cloud of mist. His best-known composition, “Misty,” has become by some reports the second most-recorded jazz standard in history (Duke Ellington’s “Satin Doll” and Thelonious Monk’s “Round Midnight” are its only competition). Singer Johnny Mathis made the tune famous in 1959 with a modish new arrangement, and a decade later, director and noted jazz fan Clint Eastwood would employ the song in its original form as the eerie musical underpinning of his film Play Misty For Me. Today, it is one of the most recognizable jazz tunes in the canon.

But “Misty” was hardly Garner’s only career milestone. In 1947, shortly after leaving his native Pittsburgh for New York, he appeared on early recordings by Charlie Parker. And his 1955 live album, Concert By The Sea, became the first jazz recording to register more than $1 million in sales. He was a virtuosic and talented performer with a lively following of fans and passionate admirers, and his style has been praised, emulated and adored by countless musicians — Geri Allen and Dick Hyman were particularly keen enthusiasts.

And yet for all his impact and influence — and for all the longevity that “Misty” has achieved — Garner’s name isn’t lionized to the same extent as other best-selling jazz pianists, such as Dave Brubeck or Herbie Hancock. That could be because his catalog had for years been tangled up in litigation. In 1960, Garner sued Columbia Records for releasing albums without his permission. The case went all the way to the Supreme Court of New York. Garner won, marking the first time a label had to pull an album from circulation due to a violation of an artist’s rights. In the wake of these events, Garner would go on to form his own label, Octave Music, but one unfortunate reprecussion was that classic albums he made during the height of his career have for years sat dormant, never to be reissued after initial release.

Recently, however, Garner’s legacy has moved gallantly back into the spotlight courtesy of the combined efforts of Mack Avenue Records and Octave Music. Together, these parties have announced the Octave Remastered Series, a bold musical initiative that plans to unveil 12 newly restored and expanded editions of classic Erroll Garner albums over the course of a year.

The first four titles in the new series – Dreamstreet, Closeup in Swing, One World Concert, and A New Kind of Love – will be released simultaneously on streaming services and in physical CD format on Sept. 27. The subsequent rollout will feature one album per month – A Night at the Movies, Campus Concert, That’s My Kick, Up in Erroll’s Room, Feeling is Believing, Gemini, Magician, and Gershwin & Kern – leading up to Garner’s Centennial year celebration, which begins in June 2020 and concludes on this 100th birthday in June 2021. The exciting new venture follows a trio of earlier releases from Octave Music — The Complete Concert By the Sea from 2015, Ready Take One from 2016 and Nightconcert from 2018 — that have marked a promising resurgence for the deserving piano master.

Today, we are proud to take part in the expansion of Garner’s legacy by premiering a track from the Octave Remastered Series. Yet again, it arrives on a cloud of mist. “Paris Mist (Waltz and Swing Version),” from the forthcoming reissue of A New Kind of Love, can be streamed via the player below.

The song was originally written as part of a score Garner composed for a film of the same name. Full of sweeping pianism, vital string accompaniment and driving swing, it’s the perfect showcase for Garner’s vivid compositional mind and improvisational savvy.  “George Wein called Garner ‘Orch,’ because he was an orchestra all by himself,” explained series co-producer Peter Lockhart in a phone interview. “But to hear him with an actual full orchestra behind him is just amazing. The strings are playing his written material, and he’s improvising on top of it, and he sounds incredible.”

The piece is actually one of three versions of the song to appear on the album. The first, written with a bossa nova feel, was derived from the original score, as was the above version, featuring Garner’s trio of bassist Kieth Mitchell and Albert Stoller shifting between waltz and swing time. The third version features just Garner and his trio, and is included in the new release as a bonus track. All 12 reissues in the series will feature one such previously unissued bonus track, most of which are Garner originals derived from the Garner archives.

But it isn’t the only fresh material audiences will be hearing on the reissued albums. “A lot of Garner records that came out over the years have been edited or shortened in some way, whether for time or artistic decisions,” said co-producer Steve Rosenthal. “That means a lot of Garner’s musical and spoken introductions have been taken out, and most of them are incredibly unusual, much more ‘out’ than people typically associate with Garner. Part of what we’re trying to do is recreate what he played and what he felt during the making of these recordings.”

Acoustically, Garner has rarely sounded better. That’s because all of the audio for the Octave Remastered Series was transferred using the Plangent Process, a playback system for analog tape that cures issues of wow (low-cycle speed variation), flutter and other inaccuracies that normally carry over from vintage masters. The result is a stunning audio product that sounds refreshingly crisp without losing its sense of authenticity or vintage charm. “It was really important to untangle his discography and try to represent these records in the way that he meant for them to be listened to, with the album art that he wanted and the track order that he wanted,” said Lockhart.

In addition to the monthly releases, Mack Avenue and Octave Music will also be producing a podcast series dedicated to Garner and hosted by jazz scholar Robin D.G. Kelley. Details are forthcoming, but announced guests include pianists Jason Moran, Eric Reed and Chick Corea.

It’s all in hopes that by reintroducing the world to Garner’s music, people will be able to see his genius through the mist. After all, said Rosenthal, Garner’s true artistry, was his ability to lift people up with his music even as he astounded them with his technical skill.

“Garner’s playing was joyful,” said Rosenthal. “It was a celebration of life. It’s deeply felt and expertly executed. People feel that joy when they listen to him. It’s an extraordinary thing to be able to express, and he could do that in a way that no one else could.”

To pre-order a copy of A New Kind of Love, use this link: https://orcd.co/anewkindoflove