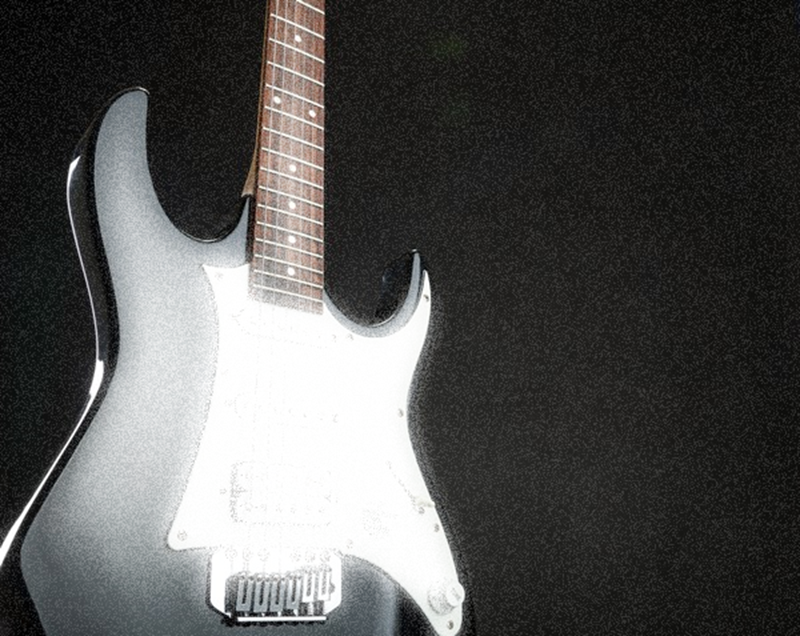 Chuck Loeb, the youngest of the four, died from cancer at age 61. In the 1970s, Loeb quit Berklee College of Music (where he studied with Pat Metheny) and soon found work as an in-demand sideman. While most recently known as a smooth-jazz player and for his role in the pop/jazz supergroup Fourplay (Loeb’s magic touch in this band can be heard on Silver, which JAZZIZ selected as one of the top jazz albums of 2015), his repertoire goes back to Stan Getz, for whom he eventually became music director. It was then when he met and married singer Carmen Cuesta, with Getz serving as best man. Loeb also played in another supergroup (Steps Ahead, with Michael Brecker) and recorded a string of solo projects for the first jazz CD-only label, DMP, in the ’80s and ’90s. More recently he brought his talents to bear on collaborations with Jeff Lorber, Jimmy Haslip, Everette Harp and Eric Marienthal. Loeb was an adaptable, skilled guitar player. He learned from Jim Hall, loved Jimi Hendrix and gigged with Bob Dylan. He wrote music for television and film, and recorded a great wealth of material, solo and otherwise. Beyond his musical skills, he was a dedicated to his wife, Carmen, and two daughters, Lizzy and Christina. He was a positive, gentle soul who warmed the hearts of most everyone he met. When he performed at the JAZZIZ club in Boca Raton in 2013, he was upbeat and sounded better than ever. No one present would’ve guessed he was battling cancer.

Listen to “Horace” from the Fourplay album Silver. 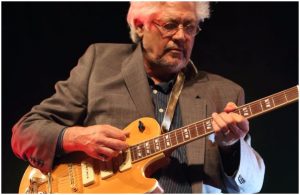 Larry Coryell, 73, died from heart failure in New York City during the same week he was performing at the Iridium Jazz Club. Coryell was famous for combining his love of traditional jazz with music from the British rock invasion. His fusion experiments in the late ’60s began a movement that was perpetuated and expanded by Miles Davis (whom Coryell later joined), Weather Report, Al Di Meola (who referred to Coryell as the “godfather of fusion”) and the Mahavishnu Orchestra in the ’70s (later collaborating with John McLaughlin). Coryell admitted to being the “black sheep” of his family, running away at 16 to join a rock band, getting his girlfriend pregnant, then quitting school at the University of Washington to join the New York club scene. While his jazz jones paid off, scoring gigs with the jazz elite early in his career, then recording with and forming iconic bands, including his Eleventh House, his decadent lifestyle and indulgences took their toll. In the ’80s, after adopting Buddhism, he cleaned up. JAZZIZ had just run a cover story about Coryell when the news of his death surfaced.  His sons, Julian and Murali are both guitarists. 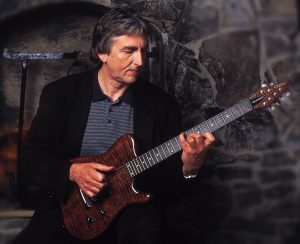 Allan Holdsworth, 70, died at home in April from heart failure. Holdsworth was a self-deprecating guitar innovator, inspired by John Coltrane’s approach to improvisation (Holdsworth wanted to play the sax as a teen, but couldn’t afford one) and hailed by contemporaries, including Frank Zappa, Eddie Van Halen, Joe Satriani, Robben Ford, Carlos Santana, George Benson, Tom Morello, Pat Metheny and John McLaughlin. During the ’70s, he was a member of several jazz-rock bands — including Nucleus, Colosseum and Tempest — before becoming a key influence on Soft Machine’s migration from rock to jazz during his tenure with that band. The Englishman moved to New York to join drummer Tony Williams’ Lifetime and commuted between Britain and the United States, adding his signature “tube” sound to progressive rock bands including Gong and UK to projects with drummer Bill Bruford and violinist Jean-Luc Ponty. Settling in California in the ’90s to satisfy his craving for bicycling, he recorded a half-dozen studio albums. In 2015, Holdsworth performed at an arts center in Boca Raton, Florida. The sound was terrible. Holdsworth, a notorious curmudgeon, was noticeably annoyed but it seemed something else was bothering him. In retrospect, he was probably beginning to suffer from health issues. His last live performance, in San Diego in April, was a release party for a 12-CD box set titled The Man Who Changed the Guitar Forever. Naturally, he hated the title. Holdsworth is survived by a daughter from his first marriage, two daughters from his second marriage and a granddaughter. 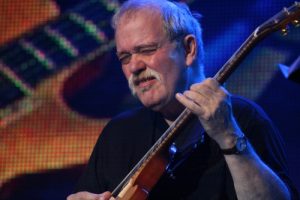 John Abercrombie also died from heart failure, at the age of 72, in a New York hospital. The most consistent of these guitar heroes, Abercrombie appears on over 50 albums and recorded as a leader for over 40 years on the Munich-based ECM label that began with his acclaimed debut, Timeless (featuring drummer Jack DeJohnette and keyboardist Jan Hammer), a seminal fusion album. Another Berklee alum, Abercrombie earned an abundance of recognition in critics and readers’ polls throughout his career, including his recent album 39 Steps, which was selected by JAZZIZ as one of the best albums of 2013. In 1969, he co-founded the jazz-rock group Dreams with Michael and Randy Brecker and drummer Billy Cobham before joining Cobham’s band Spectrum. Michael Brecker would appear on a few of Abercrombie’s gems in the ’80s, including Night and Getting There. Several other standout collaborations include his contribution to Collin Walcott’s Grazing Dreams, Enrico Rava’s The Pilgrim and the Stars, Kenny Wheeler’s Deer Wan and duets with Ralph Towner. A longtime fan of Abercrombie’s music, I remember his first JAZZIZ magazine cover that we shot in New York. I brought a color proof of the cover (before that issue was printed) to a live duet show with Towner at one of the last shows at the now-defunct Seventh Avenue South, sat at a table in the front row and had the cover facing the stage waiting for his arrival. He played a few notes, looked down, and I’ve never forgotten the look on his face (or the fact that he didn’t miss a note). Abercrombie is survived by his wife, Lisa.

Farewell guitar heroes. Your music and influence lives on …