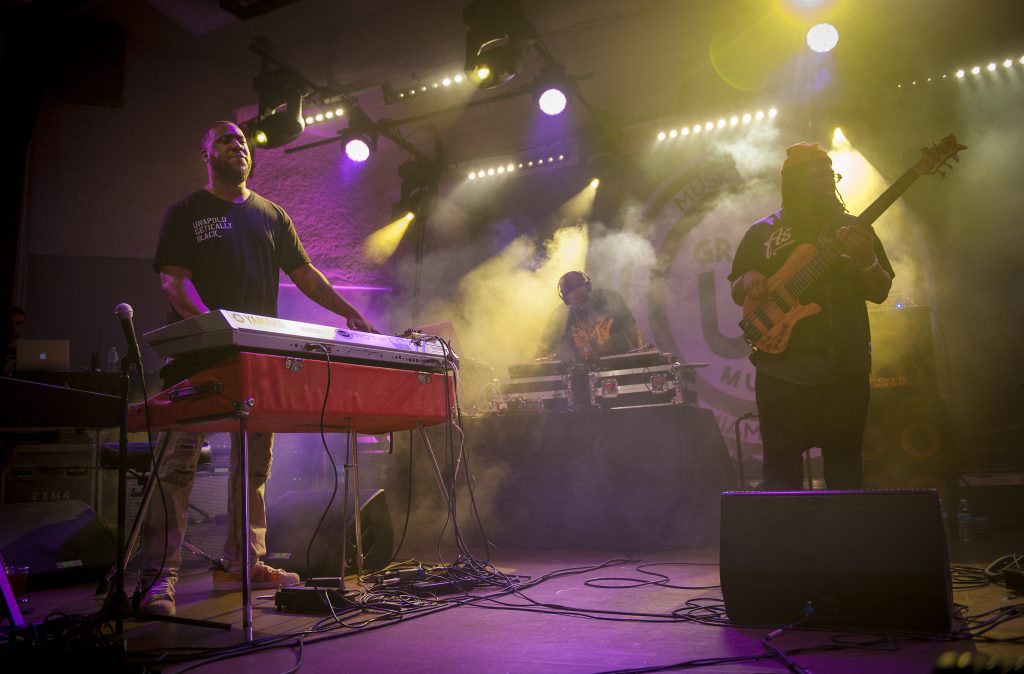 Sunday night was the end of a long day that included more than six hours of music and a program of panels and workshops (including an “A Capella by the Sea” gathering right on the beach) and the final set of the three-day GroundUP Music Festival at the North Beach Bandshell in Miami Beach. But you never would have guessed it from the sounds of the stage and the response from the audience…

Musically, the set was another tour the force by Snarky Puppy, whose label curated and produced the festival, taking the audience on yet another wild ride that this time touched on Brazilian and Middle Eastern music, down-home church music and a bravura showcase of rock guitar that , somehow, they made sound logical and musical.
The fact that several band members, most notably bassist and leader Michael League, had sat in on other artists’ sets throughout the day made it even more remarkable. Almost as remarkable as the fact that the strikingly diverse capacity crowd had still the energy to sing and clap along and seemingly never sit down after the first few notes.

While only in its second year, this festival has proven adept at delivering a well-curated programming in a delightful setting and with a low-key, collaborative, no-star posturing. Artists sat in each other’s sets and were engaged in other activities on the program… and you could even see them taking in a performance or enjoying the setting. 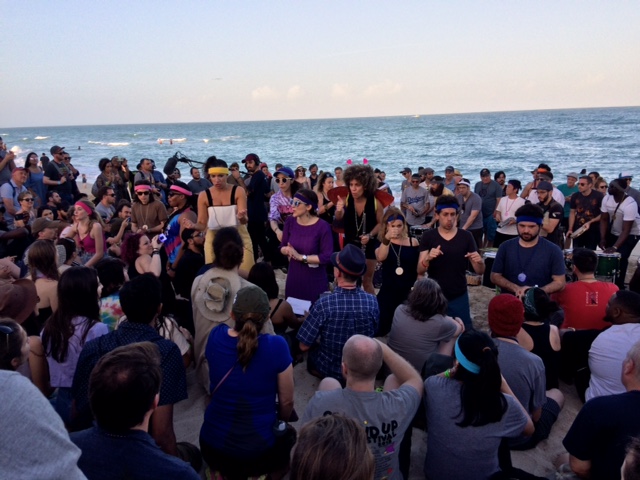 “What we have created here is an unusual experience,” said Paul Lehr, Executive Director of GroundUP Music, on a break between sets Sunday afternoon. “Unlike the typical festival in which artists come, go to their trailer, play their set, go back to the trailer and they’re gone … we have them accessible all weekend long. We wanted to have more personal interaction, which is why we’ve done the masterclasses and the workshops and the interesting pairings. It’s an experience that people really value, but that works for the artists as well.”

Creating a community has been invaluable, both artistically and financially, for Snarky Puppy and GroundUP. “This has been the root of our success,” said Lehr. “We have a strong community that really supports and follows us.” Before the festival was set up, they wondered whether it would work. “Last year, 62 percent of the entire 3,500 people in the audience came from outside the state. In fact, they came from 34 countries and 37 states. This year, the attendance is up to 4,000 or 4,500.”

Due to zoning regulations, the music had to stop at a certain time (the North Beach Bandshell is an outdoors venue after all). But nobody on stage or in the audience seemed ready to let it go. “We’ll see you later at the hotel,” said League from the stage, inviting the crowd to the after-hours program – and off they went.

For all we know, they are all still there, making time until next year’s festival. 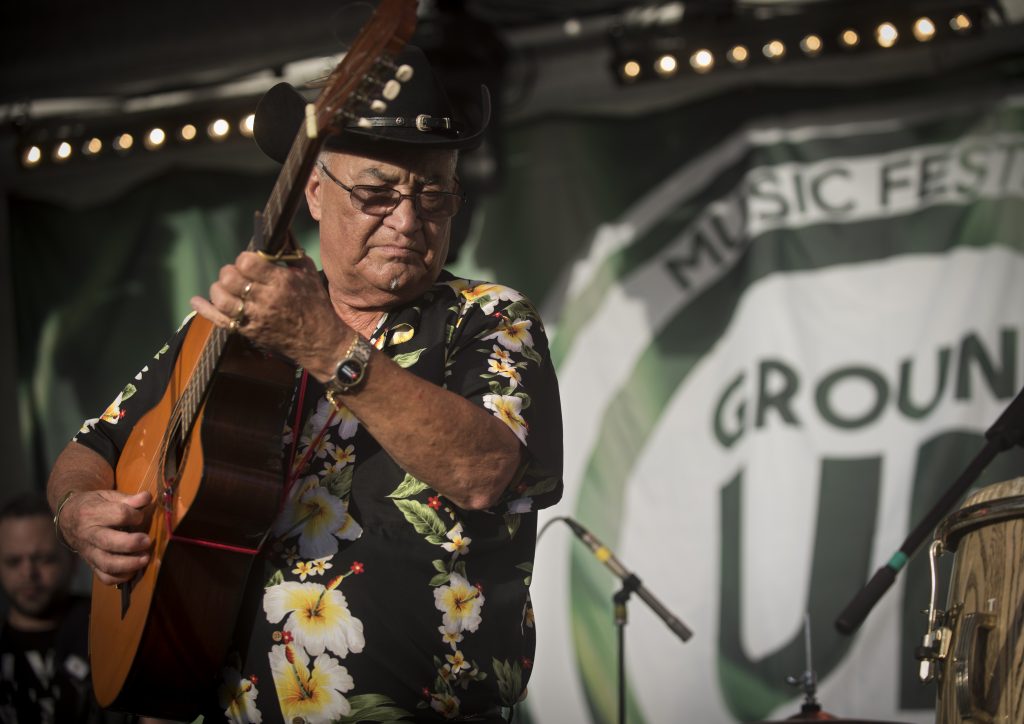