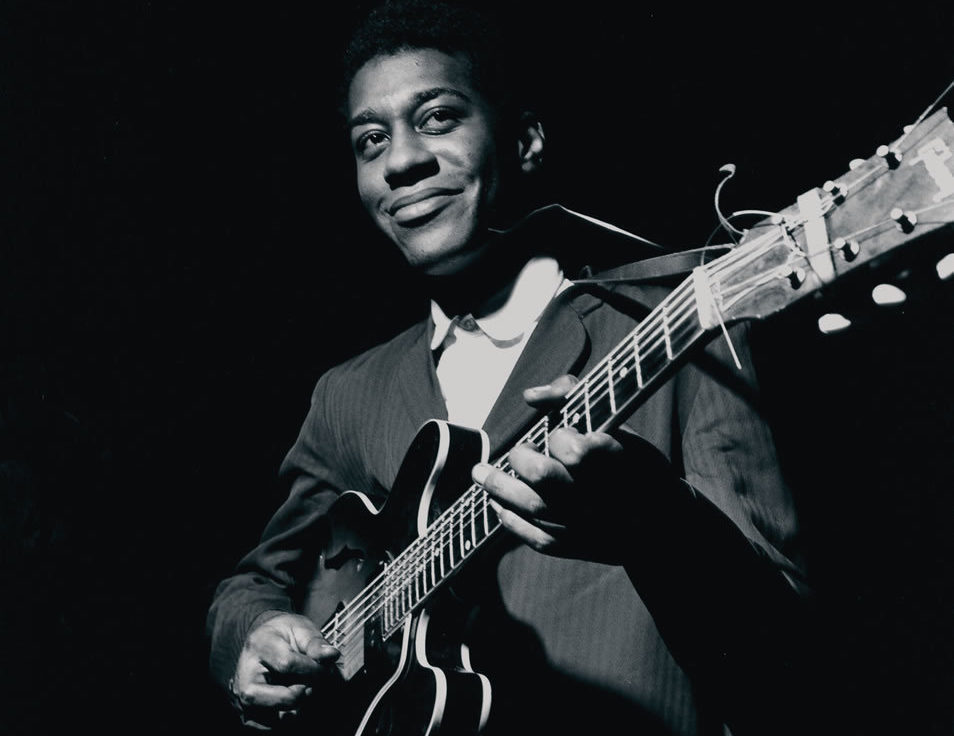 Grant Green, a guitarist who helped shift jazz in the direction of funk and soul, was born on this day (June 6) in St. Louis, Missouri, in 1935. As a musician, Green was inspired by the work of jazz horn players, specifically Charlie Parker and Lester Young, and his earliest gigs were in boogie-woogie bands in the St. Louis area. That combination led to a unique jazz guitar style that was heavy on single-note melody and repetitive, R&B-influenced rhythms. While playing in a St. Louis bar one night, Green was discovered by saxophone great Lou Donaldson, who would introduce the guitarist to Alfred Lyons of Blue Note Records. Green would go on to become a staple of the Blue Note rhythm section team. Between 1961 and 1965, he appeared on more albums as a leader or sideman than anyone else.

Toward the end of his career, Green began to incorporate elements of popular music into his jazz recordings, covering tunes by The Beatles, Kool & The Gang, The Isley Brothers and James Brown. The latter provided the inspiration for today’s Song of the Day, “Ain’t It Funky Now,” from Green’s 1970 Blue Note album Gren Is Beautiful. Funk is on high display, but so too is Green’s signature style, which couched slick blues licks and syncopated double-stops in a punchy midrange tone.