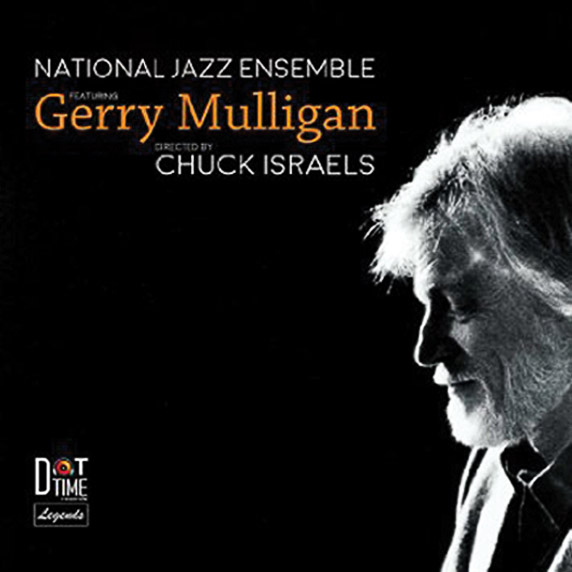 In 1977, Gerry Mulligan concert performances were as rare as hens’ teeth. The baritone saxophonist and “cool school” jazz legend had been lying low. So, unsurprisingly, jazz fans came out in force to hear him when he performed with the National Jazz Ensemble at the New School in New York City in February of that year. The results, under the direction of conductor Chuck Israels, were captured on tape and have been released in time to coincide with the 20th year of Mulligan’s passing. National Jazz Ensemble Featuring Gerry Mulligan (Dot Time) contains half a dozen tracks spotlighting Mulligan with the big band. At age 50, the saxophonist remained a potent presence, his muscular tone very much in evidence throughout a set that encompasses signature tunes. Assembled as a repertoire band, the NJE featured an abundance of talented players that over the years included trombonist Jimmy Knepper, saxophonist Sal Nistico and trumpeters Tom Harrell and Jimmy Maxwell. Knepper and Maxwell were on the bandstand alongside Mulligan, as was trumpeter Waymon Reed, who trades solo spotlights with him on the honoree’s “Thruway,” included here.