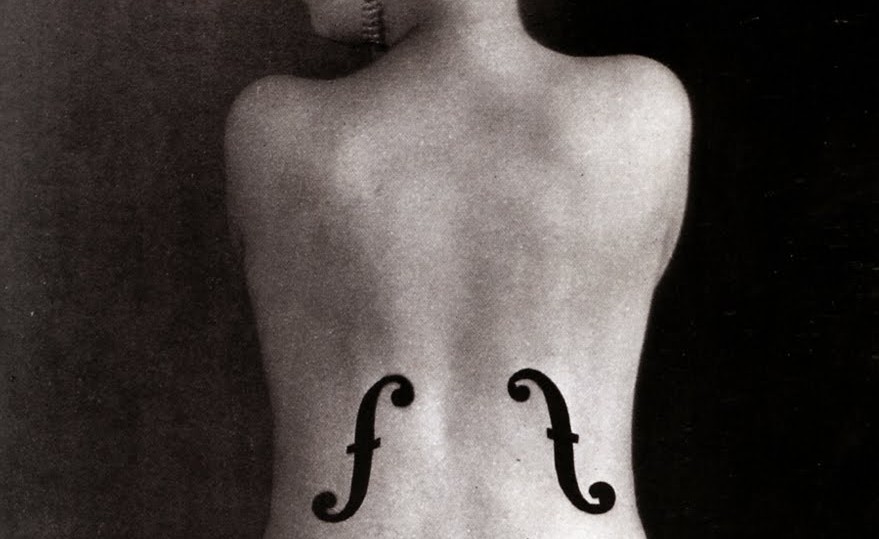 Over the course of its 35-year history, JAZZIZ Magazine would occasionally run exclusive issues dedicated to a single artist, genre or event. Often, those issues would be paired with a special-edition CD featuring music to accompany the theme. In January 2001, JAZZIZ explored the historical bonds between jazz and classical music in an issue called titled “The Shape of Things,” which shined a spotlight on artists from either genre who dared to cross the great divide. The image magazine’s cover featured a recreation of a famous photo by artist Man Ray, Violon d’Ingres, which depicted a violin’s F-holes superimposed on a photo of woman’s bare back. (It’s the feature image for this web story.) 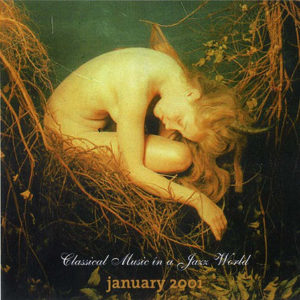 The magazine’s corresponding CD, packaged in a sharply designed custom sleeve (left), included works by some of the day’s top jazz musicians, such as Lee Ritenour, Al Di Meola, Lee Konitz and EddieDaniels. Today, we’ve re-created that album as a playlist. We’re also including an excerpt from the issue’s “Publisher’s Letter,” written by JAZZIZ Publisher Michael Fagien. We’ve had a blast digging through the crates to bring these special issues back to life. We hope you enjoy them, too.

From the January 2001 Issue, Publisher’s Letter: “Timeless Art and the Naked Truth” 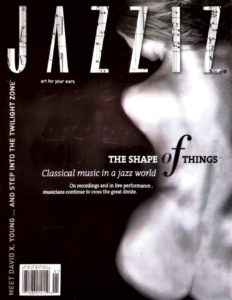 Recurrent themes naturally surface throughout this issue: classical music, time, art and nudity. When we decided to dedicate this issue of JAZZIZ to “classical music in the jazz world,” we wanted to do something different, something memorable, something with a certain mythical, artful quality. We wondered: If “jazz is art for your ears” — as we state on our cover every month — what becomes of the art when classical music is added to the mix? … There are artists featured in this issue who are comfortable playing both jazz and classical music. Like Man Ray, they function well in at least two seemingly different worlds. Some have opted to record classical/jazz hybrids; others are jazz artists who’ve recorded straight classical works; still others are classical artists who’ve taken a stab at jazz. We hope you enjoy their music.

If beauty is in the eyes and ears of the beholder, then it is the imperfect human who also creates the artificial boundaries between beauty and exploitation, between true art and crass commercialism. The fine line that exists between the decried impurities when combining classical and jazz is the same fine line that determines when nudity becomes lewd and photography becomes art. What allows the line to shift is time. — JAZZIZ Publisher Michael Fagien