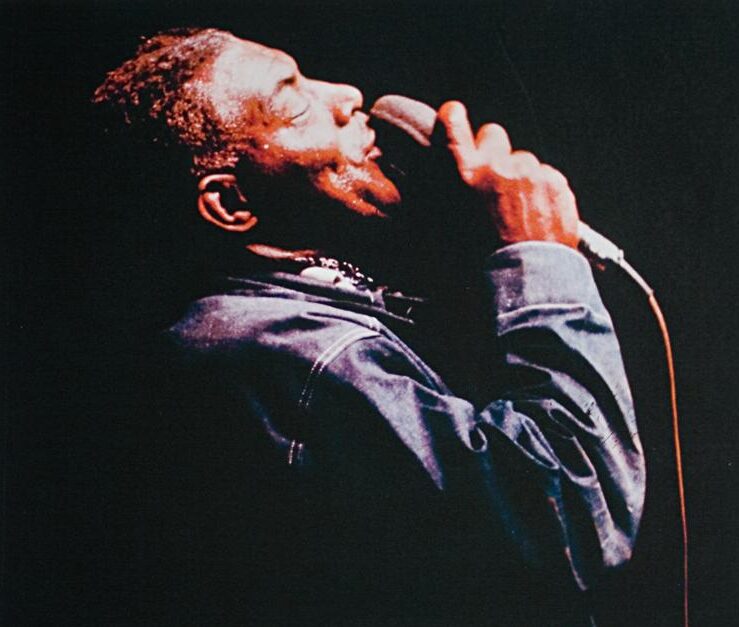 Over the course of its 35-year history, JAZZIZ Magazine would occasionally run exclusive issues dedicated to a single artist, genre or event. Often, those issues would be paired with a special-edition CD featuring music to accompany the theme. We’ve re-created those issues as playlists, taken directly “from the vault.”

In August 2004, JAZZIZ paid respect to the music that breathed jazz to life: the blues.  Every story in the issue was dedicated to the music of America’s Detla, starting with the cover photo of Howlin’ Wolf to the final essay by JAZZIZ editor David Pulizzi on blues icon Ernie Hawkins. In between were articles on blues legends like Robert Johnson and Johne Lee Hooker, revivalists like Otis Taylor and Chris Thomas King and innovators like Elliott Sharp and Corey harris. 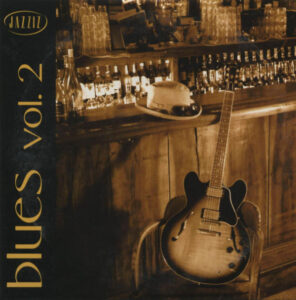 The magazine’s corresponding CD, packaged in a sharply designed custom sleeve (left), included works by some of the day’s top jazz musicians, such as Eric Bibb, Etta James, Tinsley Ellis, Ronnie Earl, John Cleary and Eric Clapton. Today, we bring you those artists in a Blues, Vol. 2 playlist, as well as an excerpt from the issue’s “Publisher’s Letter,” written by then JAZZIZ editor Fernando Gonzalez. We’ve had a blast digging through the crates to bring these special issues back to life. We hope you enjoy them, too.

From the August 2004 Issue, Publisher’s Letter: “Kind of Blues” 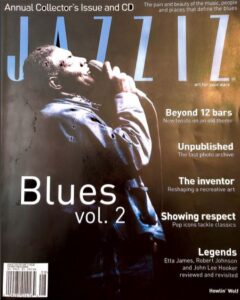 “Like a lot of teenagers in the 1960s, I discovered the blues by listening to blues-based British rock groups like the Stones, John Mayall’s Bluesbreakers, Cream, and Led Zeppelin. That was my introduction — and for many years the extent of my knowledge about blues. But later when I heard people such as Mississippi John Hurt, Son House, and Muddy Waters, their music, improbably, spoke to me.

It’s a long way from my hometown of Buenos Aires, Argentia, to Clarksdale, Mississippi. So when in the summer of 1995, I had a chance to travel to the Mississippi Delta to do a story on the blues, I jumped at the opportunity. I saw a lot of Latin America in the South. The Delta in particular — with its beauty, poverty, and history, and its own brand of magic realism — struck me as an extraordinary place, severe and fertile. I heard it in the music.

… I remember meeting blues guitarist Mr. Johnnie Billington, who was 60 at the time. Mr. Johnnie, as he was known, had returned to Clarksdale in the late ’70s, after having lived in Chicago for 18 years. He had worked in the Delta fields as a youngster, then learned a trade and became a mechanic — but remained a bluesman at heart. In Chicago, he’d owned a gas station but still played on weekends with old friend  James Cotton. Back in Clarksdale, he became a one-man blues school for kids, nurturing a generation of blues players in his own band, J.B. and the Midnighters.

“No, the blues can’t ever die,” said Mr. Johnnie. “The music might not be exactly as you heard it a hundred years ago, but the lyrics is the blues and the feeling is the blues, and it will always be there. It’s the story of the people, and the only way the blues is gonna die is if all the people upon the earth die.” —Fernando Gonzalez

Got My Mojo Working
Etta James
Blues To The Bone

To The Devil For A Dime
Tinsley Ellis
Live-Highwayman

My Heart Bleeds Blue – Live
Deborah Coleman
Soul Be It!

The Magic Of Sam
Ronnie Earl
Now My Soul

When You Got a Good Friend
Eric Clapton
Me and Mr. Johnson