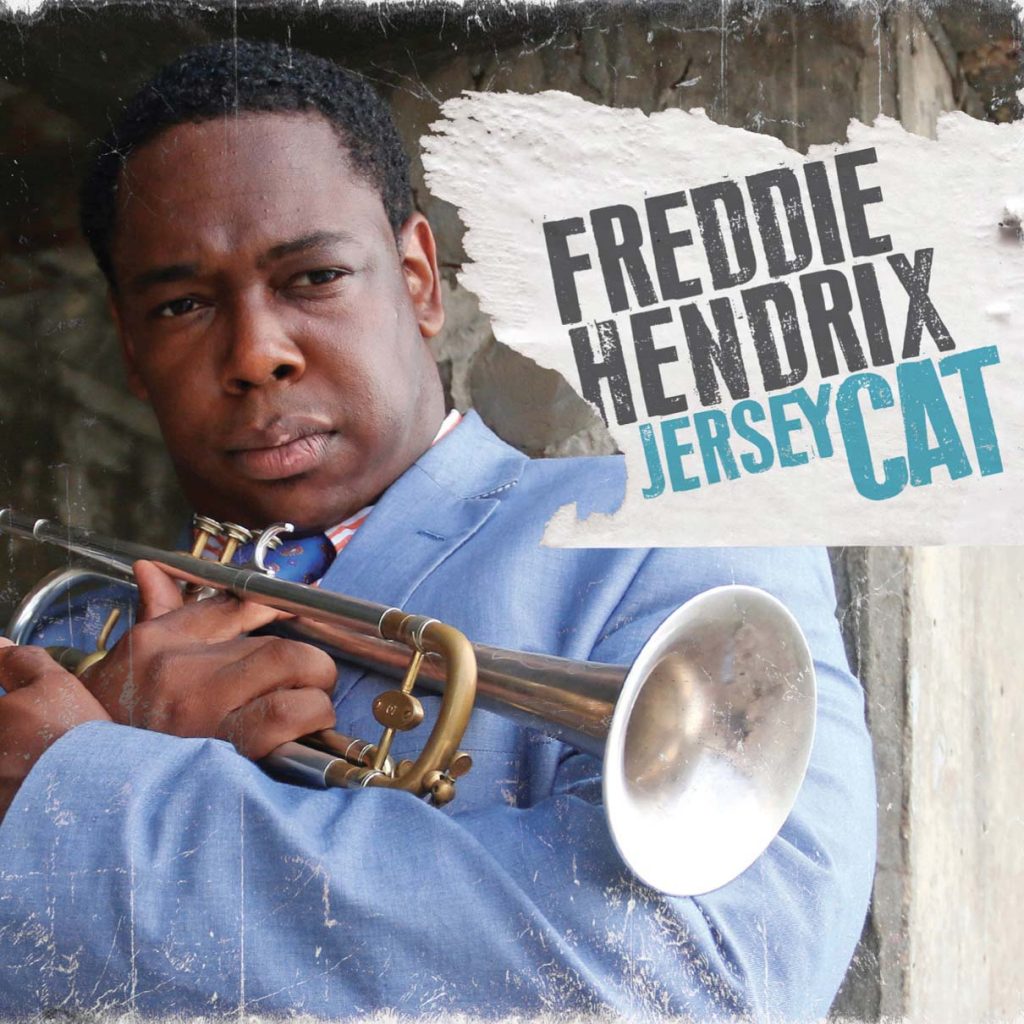 If you’ve heard recordings during the past few years by Giacomo Gates, the Christian McBride Big Band or the Oliver Lake Big Band, you’ve likely heard Freddie Hendrix‘s trumpet. The prized sideman spotlights his muscular playing and hard-bop-inspired compositions on Jersey Cat (Sunnyside), a new recording under his own name. Hendrix grew up in Teaneck, so the album title is no joke. Nor are the present and former Garden Staters he employs to bring his music to life. A hard-charging ensemble, featuring a trumpet-two-sax-and-trombone front line, leaps from the gate and barely lets up on the gas (the contemplative title track and a rendition of Horace Silver’s “Peace” exempted). “On the Rise,” our selection, contains the excitement and intensity of a player at the top of his game, with the jazz world as his oyster. An opening horn chorus states the theme, giving way to strong, bluesy solos from pianist Brandon McCune, tenorist Abraham Burton, and, of course, the leader himself. Bassist Corcoran Holt and drummer (and producer) Cecil Brooks III, outstanding throughout, keep the rhythms churning and burning. Hendrix lives up to the legacy of heroes Woody Shaw and Freddie Hubbard as well the history of his jazz-centric home state.